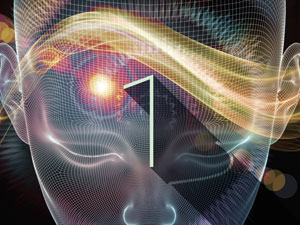 Garner suggests, and I think he’s right, that a court’s first reaction to an advocate’s brief is crucial. The initial judgment—often based primarily upon style and presentational form—can, if positive, provide a cognitive frame—a halo effect—for the court’s response to the body of the argument (framing their own legal “story” about the case). Garner’s observation is, however, just the tip of the iceberg. Kahneman’s work, and indeed the interdisciplinary work of so-called behavioral economists and cognitive psychologists, provides an understanding of judgment and decision-making that is profoundly relevant for trial lawyers.

Why? Because our work and courtroom outcomes turn upon stories told to affect individual judgment and decision-making. Professionally, it behooves us to better understand how all of us—not just legally trained judges and lawyers—make judgments and decisions.

Garner’s observation provides an excuse to revisit Thinking, Fast and Slow and observe how all of us, including jurors and legally trained judges, quickly and intuitively rely upon psychological shortcuts—heuristics and biases—that affect individual judgment and decision-making.

The recent work of cognitive theorists, psychologists and behavioral economists confirms what trial lawyers know in their bones: Judgments and decisions are often made intuitively rather than analytically. In doing so, jurors and judges draw upon personal memories, experiences and associations, supplemented by vast repositories of unconscious material, including the discrete cognitive biases and heuristics that Kahneman identifies. They weave together explanatory stories supporting judgments and decisions.

In the poetic words of psychologist and lawyering theorist Jerome Bruner, it is with stories that we tell to others and tell ourselves that we “go beyond the information given.”

For lawyers, this is why it is especially helpful to have some theoretical awareness about how our intuitive mind actually works. This is a general subject of Kahneman’s panoramic study. First, some background: 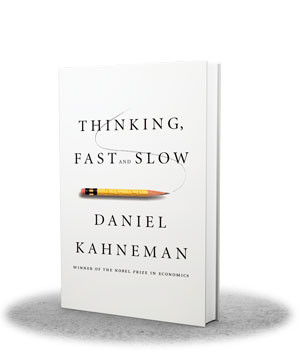 Kahneman and his partner Amos Tversky were instrumental in developing the field now referred to as behavioral economics, focusing in relevant part upon the systemic errors and unconscious biases and heuristics (psychological shortcuts) affecting judgment and decision-making. Kahneman shared the Nobel Prize in Economic Sciences in 2002 and radically altered notions of how psychology interacts with economics. Markets may be “rational,” but individuals seldom are; and even our famous “reasonable man” in law is clearly a legal fiction—an incomplete and sometimes misguiding representation. Specifically, Kahneman’s work is, in part, about how we effortlessly and often without self-awareness formulate explanatory stories that we tell ourselves to give our world shape and meaning. (I am reminded of the title of Bruner’s equally prophetic book, Actual Minds, Possible Worlds.) Simply put, Kahneman’s world is populated by subjects who are not purely rational actors (“econs”) but are more complex “humans” who intuitively construct explanatory stories of action, intention and causality, and are strongly inclined to prefer “fast” stories to “slow” logical processes and analytical judgments.

For those who have not yet read Thinking, Fast and Slow, here is a capsule version of Kahneman’s framing story: He describes two discrete mental systems, two primary and competing “characters”: System 1 and System 2. System 1 is the dominant actor: It represents our fast, intuitive and typically story-based decision-making and judgmental processes. System 1 calls upon causal and associational thinking, a palette of memories, associations and quickly retrieved information. We employ metaphor, categorization, intuition and emotion—creatively shaping and then showing preference to coherent explanatory stories, and building our judgments and decisions upon this narrative framing.

Unfortunately, System 1, although fast and adept at constructing persuasive and compelling stories, also tends to make mistakes and systemic errors. This is especially so when we unconsciously rely upon biases and heuristics—derived from the same root as “eureka,” as Kahneman observes—that provide “shortcuts” to fill in the blanks in our stories facilitating our fast-thinking processes.

There is a second major character in the behavioral economist’s story. Effortful and laborious, System 2 is the weak-willed and subordinate analytical sidekick of System 1.

For System 2, think algorithms, mathematics, scientific methodology and statistics rather than representative character, causality, intentionality and verisimilitude (lifelikeness and representation).

According to Kahneman, these two hardwired systems are often at odds: System 2 is assigned to monitor and analytically “check” the story machinery of System 1, but it does not control System 1. Rather the more powerful, fast and intuitive System 1 typically dominates and prevails when the two are at odds.

Consequently, we are most comfortable constructing causal explanatory stories as the basis of our judgments and decisions. A biologically confirmed “cognitive ease” complements our preference for stories and may explain an unwillingness to be properly vigilant or skeptical when we are in thrall of a story. Cognitive scientists differentiate this intuitive story-thinking from true “expert” thinking, which may appear to be based on instincts, but is not. For example, a chess master can look quickly at a board of a game-in-progress and, based upon expertise and analysis, quickly and accurately predict the number of moves necessary for a player to checkmate an adversary.

Here is one relevant takeaway from Kahneman’s extensive presentation of illustrative experiments, emphasizing how what often purports to be expert thinking may nevertheless be affected by biases and heuristics. It is about how what we don’t know and are typically unaware of may have profound influences upon decision-making and judgment. The overall effect is suggested by Kahneman’s mantra: “What you see is all there is.”

Our thought processes are shallow, and System 1 stays on or near the surface of memories and associations. The “availability heuristic” makes us draw upon what is most readily available and suggests that what we are recently exposed to may exert a disproportionate influence upon judgment and decision-making. As both politicians and advertisers well know, we inevitably absorb what is consumed by our preconscious story-making machinery. As we said in the 1960s: “You are what you eat,” metaphorically speaking.

Here is the takeaway for lawyers: Strategic exposure to what is seemingly “irrelevant” matters profoundly. Both System 1 and System 2 are susceptible to what Ernest Hemingway described as “what is seen out of the corner of an eye.” This takeaway should lead to increased sensitivity to “relevancy” as a restraint on legal conversation, perhaps in a way that even expert judges cannot fully appreciate.

System 1 is especially gullible and readily “primed” by false and irrelevant “anchors.” Kahneman recounts a study in which experienced German judges were presented with the facts of a shoplifting offense. Then they were “anchored” to different numbers by being asked to throw dice that had been secretly weighted to produce two different numbers: three and nine. Immediately after throwing the dice, they were asked whether the convicted defendant’s sentence should be more or less than the number, in months, revealed on the dice. Based upon their expertise, the experienced judges should have all made similar judgments. But the judges who had rolled a nine proposed an average of eight months’ sentence while the judges who had rolled three proposed an average of only five months’ sentence. That is, the sentences were adjusted in relation to the priming numbers.

But few lawyers or judges truly ever explicitly recognize that unacknowledged factors—including chance, circumstance or Kahneman’s “luck”—are important variables in determining legal outcomes. Anchors are equally important for the slower, deliberate and analytical System 2, where he identifies a marked experimental bias toward “insufficient adjustment” from strategically placed anchors. Thus, Kahneman observes, it can be an effective strategy in legal negotiations to begin with an almost outrageous demand and then negotiate down from that anchoring number, as long as the demand isn’t so outrageous as to make the other side walk away from the table.

Simply put, it is certainly worth it for lawyers to revisit Thinking, Fast and Slow. The book presents a summary of research in social psychology, cognitive theory and behavioral economics over the past 40 years. It provides a lens to better understand how legal judgment and decision-making are informed by the “coherent” causal stories that we tell to others and, more important, by the stories that we tell ourselves.

This article originally appeared in the January 2016 issue of the ABA Journal with this headline: “Psychological Shortcuts: A behavioral economist’s work offers lessons for legal storytellers about judgment and decision-making.”