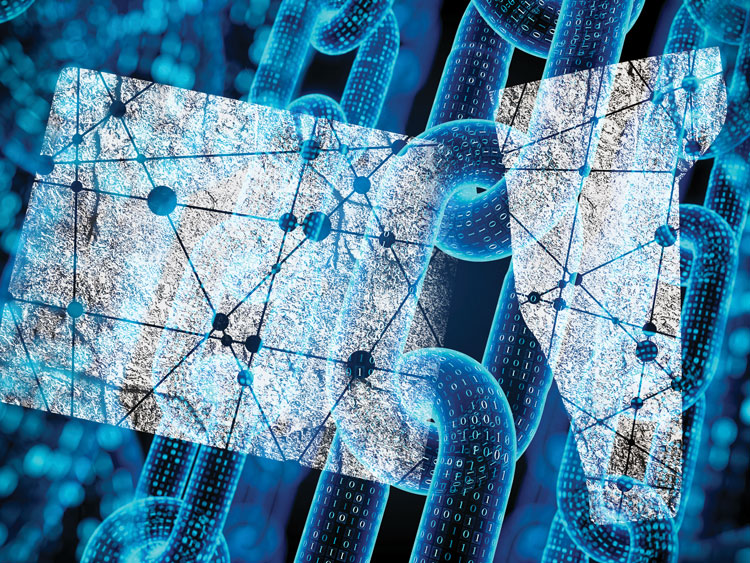 It was the first government to grant suffrage to women (1869), the first U.S. national park was established there (Yellowstone, 1872), and the state Legislature was the first to create a limited liability corporation entity (1977).

Now, the Cowboy State is at it again. In March 2018, then-Gov. Matt Mead signed into law a series of bills, including some legislative firsts, to entice the blockchain industry to the country’s least-populous state. 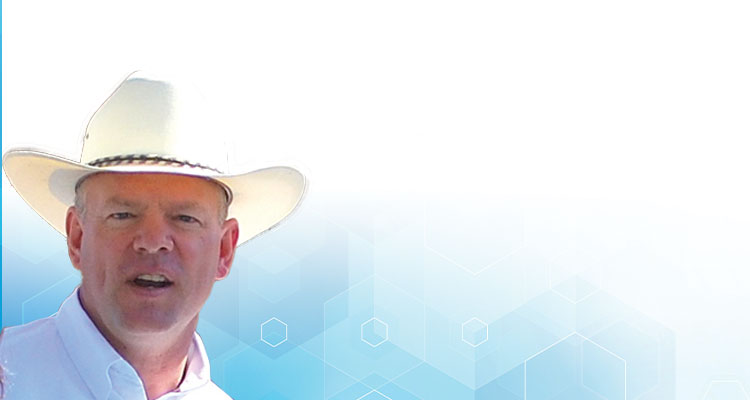 “In this era of rapid innovation, many companies are developing products and ideas without clear legal clarity. Blockchain is among those emerging industries with tremendous promise,” Mead’s office said in an emailed statement in late 2018. “However, without some regulatory guidance, these companies operate at risk.” 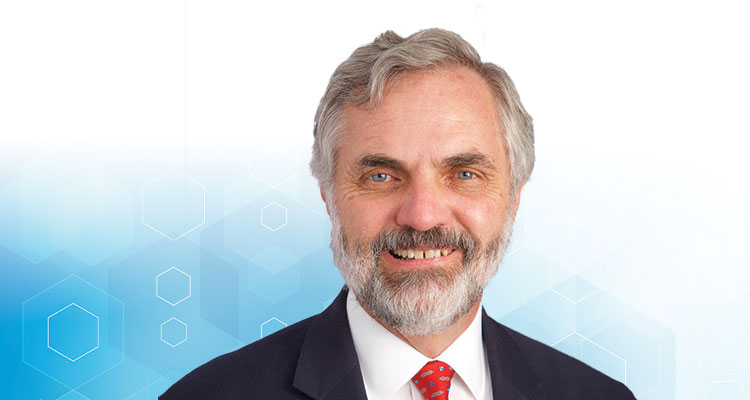 Over the last few years, blockchain—also referred to as distributed ledger technology—has caught the attention of businesses, investors and government regulators. A survey last year from Juniper Research in the United Kingdom found that 65 percent of large firms—those with over 10,000 employees—were either considering or deploying a blockchain application. A recent study from a professor at Boston College’s Carroll School of Management found that since January 2017, about 4,000 initial coin offerings—fundraising mechanisms to support the creation of blockchain projects—raised $12 billion.

For Wyoming, catching this wave is part of a larger plan to diversify the state’s economy.

“No one has thought about Wyoming as a tech state, and for good reason,” says Wyoming state Rep. Tyler Lindholm, who sponsored some of the blockchain bills. “We pretty much do coal and cattle, and that’s about it.”

The state’s new laws exclude virtual currency from money transmitter rules, define some tokens—means to access a blockchain—as outside of securities regulations and allow for electronic networks to be used in the creation and maintenance of corporate records. The hope is that these rules will lower regulatory hurdles and clear up ambiguity so that blockchain-based businesses and business practices can flourish.

With more legislation on the way, Lindholm hopes these efforts will foster new industries. However, it isn’t clear if being first will be enough.

“I have no doubt that these amendments will, in the short run, boost Wyoming LLC filings by blockchain businesses,” says Susan Pace Hamill, a law professor at the University of Alabama School of Law and co-author of “The Story of LLCs: Combining the Best Features of a Flawed Business Tax Structure,”  published in 2005. “However, in the long run other states will, once again, copy Wyoming, so in the end I don’t see this causing Wyoming LLCs to dominate the LLC filings in this industry any more than Wyoming LLCs dominate LLC filings generally.” 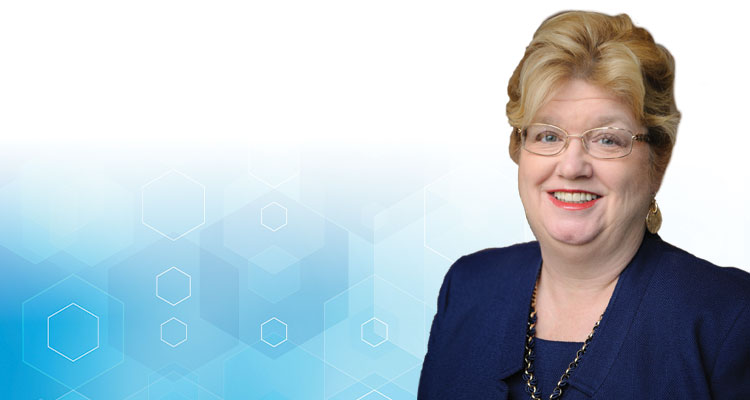 Photo of Susan Pace Hamill courtesy of University of Alabama.

Lindholm says over 180 new businesses with blockchain-related terms in their names were created within three months of the laws being signed. The state’s corporate privacy laws make it nearly impossible to know what these companies actually do.

If Wyoming’s enticement is defined by deregulation, Vermont makes the case for legal structure.

“What we were trying to do was provide the ability to opt into a structure rather than wait for the courts to impose something on top of you,” says Oliver Goodenough, a law professor at Vermont Law School and the author of a 2017 financial technology report to the state legislature.

The new structure offers the opportunity to memorialize the liability and fiduciary duty unique to some blockchain businesses. Previously, Goodenough says, miners (those that help “mint” a cryptocurrency) and nodes (those that host a copy of a blockchain) were potentially a partnership without a legal structure. Now, a BBLLC provides legal flexibility for companies to define the governance role miners and nodes have.

While these states embrace an incubating role, it’s not done in a vacuum.

In the first half of 2018, Ernst and Young reported, 86 percent of the leading ICOs listed on a popular cryptocurrency exchange in 2017 fell below their initial listing price. While that crop suffered, during the same period, ICOs claim to have raised $15 billion.

Not just combating turbulent markets, entities formed in Vermont or Wyoming “will have to interface with regulators outside of the state,” says Clyde Tinnen, a partner at Withers Bergman in Connecticut, which may create conflicts. 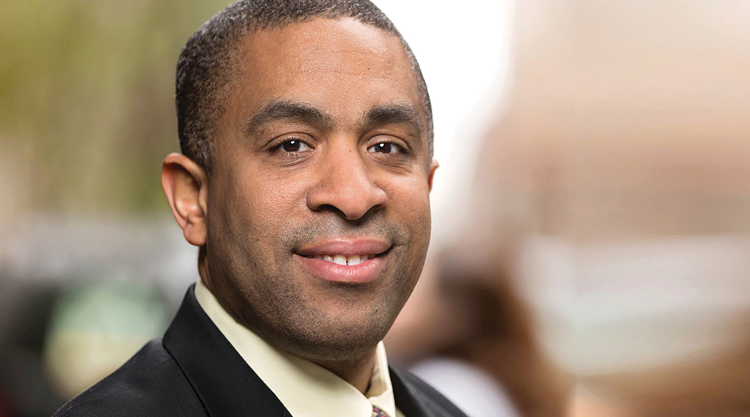 Additionally, some states have opted to remain on the sidelines because they expect the federal government to act, which would preempt the state laws. Tinnen argues that if the federal government becomes proactive about regulating cryptocurrency as a security, Wyoming’s deregulation could “set up people for failure.”

Over the last year, the Securities and Exchange Commission has increased enforcement actions against ICOs but has stopped short of issuing new rules. Through its leadership, the agency has issued statements saying that some ICOs or cryptocurrencies may be a security.

With an uncertain future at the federal level, Tinnen doesn’t foresee a rush of states passing similar bills as Vermont and Wyoming.

Blockchain companies themselves have mixed reviews.

“I don’t see how the running of my company needs a special corporate structure that current structures don’t allow me to do what I’m trying to do,” says Casey Kuhlman, CEO of Monax, a smart contracts platform based in New York and Scotland. Kuhlman says he didn’t pick locations because of local regulations. “With new tech, you really need to go where the talent is,” he says. 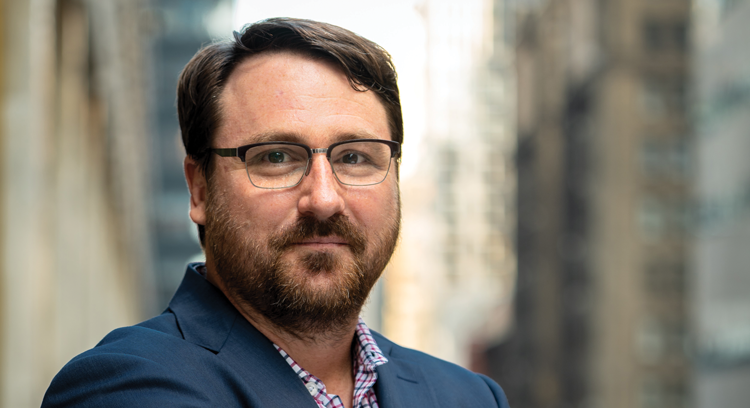 In Vermont, Trace, a marijuana supply chain platform, was quick to switch from an LLC to a BBLLC.

Beyond a pending tax break, Trace Chief Information Officer Paul Lintilhac isn’t certain what benefits the new structure will bring. However, he believes favorable blockchain laws can create “a positive feedback loop” that brings more tech talent to Vermont, which will help grow the local market and improve future regulations.

“We thought it was something that couldn’t do harm,” Lintilhac says. “And, in the future, could certainly do good.”

This article appeared in the March 2019 issue of the ABA Journal with the headline "Blockchain LLC: Wyoming and Vermont relax regulations and pass favorable laws relating to blockchain, hoping they can attract tech entrepreneurs."