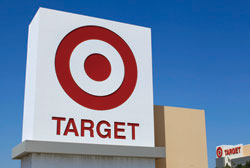 But most states don’t require AEDs in stores. Though some states make them mandatory in schools and gyms, New York stands alone in requiring them in “all places of public assembly.” California requires them only in gyms but provides statutory Good Samaritan immunity for those who choose to install AEDs and keep them in good working order.

The family of Mary Ann Verdugo wants to expand California’s requirements. Verdugo, 49, suffered cardiac arrest at a suburban Los Angeles Target store that lacked an AED. She died before paramedics could arrive. Verdugo’s mother and brother sued Target for wrongful death, arguing that the common-law duty of reasonable care required the retailer to have an AED.

To the relief of business owners across the state, the California Supreme Court sided with Target in June, holding that there is no common-law duty to provide AEDs. The defense bar had speculated that a loss for Target could have been expanded into a duty to provide all kinds of medical equipment and drugs—and the skills to administer them.

“What was at stake in this litigation is whether businesses are going to become the insurers of the public safety through common-law torts,” says Deborah La Fetra, the co-author of an amicus brief for the nonprofit Pacific Legal Foundation.

David Eisenstein, an attorney in Carlsbad, California, who represented the Verdugos, notes that many courthouses in California and other states have AEDs.

Sudden cardiac arrests “don’t just happen in courtrooms,” he says. “So it’s a little perplexing that attention is not afforded equally to citizens of our state.”

This article originally appeared in the September 2014 issue of the ABA Journal with this headline: “Arresting Development: California high court deepens split on defibrillator requirement.”

Do you know the difference? Though both are heart-health emergencies, they’re not the same thing. Test your heart-health knowledge with this quiz.

2. What lifestyle factors can contribute to cardiac arrest?

(a) None—cardiac arrest strikes without warning

3. What are the typical symptoms of cardiac arrest?

(b) Sudden obsession with Broadway musicals

(a) CPR followed very quickly by an AED

(b) Aspirin, nitroglycerin, oxygen, and surgery or CPR when necessary