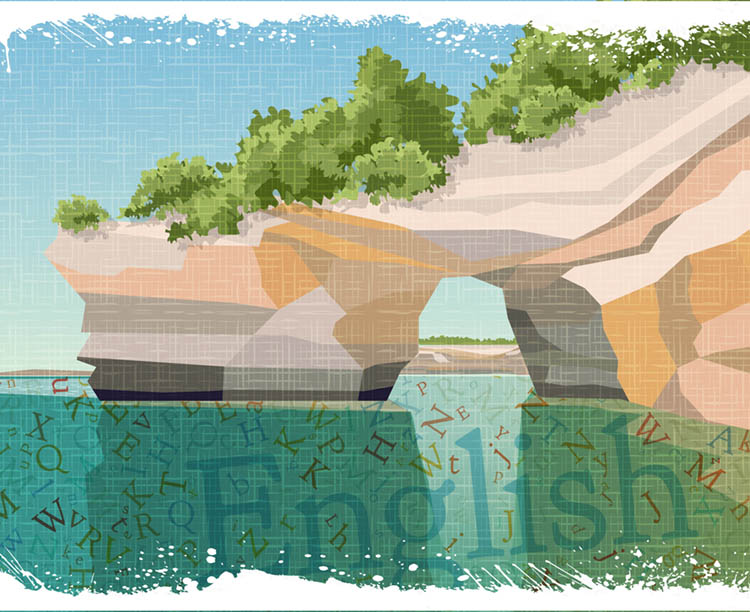 In 2006, when interviewing Justice Ruth Bader Ginsburg about advocacy and writing, I asked her whether lawyers should become more dedicated to using plain English.

“It would be a very good idea,” she said, adding: “There have been movements about using plain English in contracts and wills. Those movements tend to start with great enthusiasm and then sort of fizzle out.” Perhaps she was thinking of ABA President Charles A. Beardsley, who promoted sounder methods of drafting wills and contracts as well as streamlined judicial opinions. His efforts were soon forgotten.

But we have a major exception to the idea that plain-language reforms tend to fizzle: the Michigan Bar Journal. It has just reached a landmark of 37 years in sustaining its monthly column on plain language in the law. Established in 1984 by a Michigan lawyer named George Hathaway, the column has been edited since 1988 by now-Distinguished Professor Emeritus Joseph Kimble of Western Michigan University Thomas M. Cooley Law School.

The Plain Language column is widely read outside Michigan. Contributors have included major figures in legal writing from throughout the English-speaking world, including the bars of Australia, Canada, New Zealand, South Africa and the United Kingdom. Among the guest writers have been federal judges and state high-court justices. Over the years, the column has exploded all the various myths about plain language in the law.

Part of its success has been Kimble’s consistent dedication to empirical testing of legal documents. In 1987, for example, he tested before-and-after versions of various jargon-laden passages, including one with variations of Now comes the Plaintiff …

Judges were asked whether they preferred the standard forms of court papers with traditional jargon or re-vised versions either translating the jargon or else jettisoning it altogether. The questions were posed as objectively as possible. Overwhelmingly, the judges showed a dislike for the traditional but unnecessary legal jargon.

That particular study was then replicated in three other states—Florida, Louisiana and Texas—all of which had similar results.

In a groundbreaking 2011 study, the column tested footnoted citations in judicial opinions. A cross section of the Michigan bar was asked to consider two judicial opinions: one with legal citations strewn amid the text in the conventional way, and one written with all citations footnoted (but no discursive footnotes). Mind you, the text must be written a little differently when citations are footnoted so that little or no glancing down is necessary while reading. To the surprise of many, the revised opinion won resoundingly for being more readable and appealing by a margin of 58% to 42%.

That’s an interesting point about empirical testing. If you just ask lawyers and judges in the abstract whether they’d like citations up in the body or down in footnotes, they’ll vote for the former. But if you show them actual examples of well-written opinions in which the citations are subordinated, the results are very different.

It’s the difference between these two passages:

• In a 1997 case [footnote], the Federal Circuit held that extrinsic evidence may be considered when …

Once you multiply that instance by 50, you see an extreme difference in the accessibility of the writing. The date and source of the authority often matter, but the case name doesn’t necessarily, and the volume and page numbers certainly don’t. Not in the text.

Because the legal profession is unhurried about and often resistant to reform, the innovation has been slow to catch on. But there are salutary signs. In a few states, such as Delaware and Alaska, footnoted citations have been the norm for many years. Chief Justice Nathan Hecht of Texas has written that way for nearly 25 years (much to his credit). And Justice Neil M. Gorsuch has recently experimented with the idea.

The Michigan Bar Journal was the first to publish empirical findings on the point.

In the rulemaking of federal courts, plain English has been at the forefront of revisions since the early 1990s. Since that time, the Standing Committee for Rules of Practice and Procedure—an arm of the U.S. Judicial Conference—has issued wholesale revisions of four sets of rules: appellate, civil, criminal and evidence. Professor Kimble and I, together with Joseph F. Spaniol Jr. (a former clerk of the U.S. Supreme Court), have been style consultants. We’ve done the initial revisions of all those rules and are currently reworking the bankruptcy rules.

How does this tie back to Michigan? Once again, the American bar has been introduced to the streamlined revisions not just through the standing committee’s published drafts put out for public comment but also through side-by-side examples in the Michigan Bar Journal column, such as the one from November displayed on this page.

The individual edits may seem trivial, but the cumulative effect enhances readability and clarity for the law. Plain language, you see, advances the rule of law and the sound administration of justice. It’s not just about elegant expression. It’s about clear thinking, as ABA President Beardsley insisted in 1940.

For 37 years now, the Michigan Bar Journal has promoted the cause of clarity in law. There’s no hint of fizzling, to use Justice Ginsburg’s word. That’s cause enough for celebration.

What’s the ultimate benefit? Here’s what Ginsburg said: Apart from shorter, more readable contracts, “the public would understand what lawyers do, what judges do. They might understand it even from reading an opinion or from reading a brief instead of getting it filtered through the lens of a journalist. … I hope that, in most cases, what I write is clear enough for a lay audience.”

This story was originally published in the October/November 2021 issue of the ABA Journal under the headline: “Celebrating Plain English in Michigan.”

Bryan A. Garner is president of LawProse Inc., author of The Winning Brief and The Winning Oral Argument, and editor-in-chief of Black’s Law Dictionary. You can find him on Twitter: @BryanAGarner