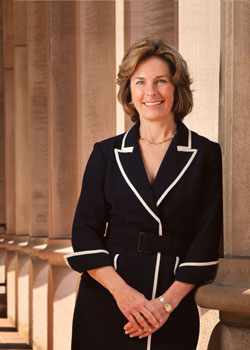 The typical law school class features a combination of lectures and the so-called case-dialogue method, in which a professor prods students with questions about a court decision in efforts to spark an analytical discussion about its legal import.

But professor Roberto Corrada’s course in labor relations law at the University of Denver’s Sturm College of Law is anything but typical.

Every class is conducted as a simulated workplace exercise in which the students, playing employees of a fictional company, decide whether to form a union. If they do, they hammer out a collective bargaining agreement, with Corrada playing the part of management, over the terms and conditions of the course—from reading assignments to the grading curve and the format of the final exam.

“The students seem to have a deeper understanding of the material and a greater appreciation for what it means to work in a unionized environment,” says Corrada, who has been teaching the course this way for more than a decade. “They also seem more engaged in the material, knowing that what happens in class can have real con sequences for them.”

Corrada’s course represents the kind of practical approach to legal education that many critics of the current system have long been calling for. And it’s one of the first courses that will be highlighted in a new initiative that is seeking to change the way law schools teach.

The initiative, Educating Tomorrow’s Lawyers, is designed to showcase innovative approaches to teaching that combine traditional instruction in legal doctrine and analysis with practical skills training.

The initiative, launched in late August, is managed by the University of Denver’s Institute for the Advancement of the American Legal System. As of mid-October, the initiative counted 19 member law schools from around the country.

The initiative couldn’t come at a better time, says Rebecca Love Kourlis, a former Colorado Supreme Court justice who is executive director of the institute. Law firms can no longer afford to provide on-the-job training for new associates, she says. And law school graduates with demonstrated practice skills will have an important advantage in today’s tough job market.

William Sullivan, the initiative’s director, says a focal point of the project will be its website. “The idea is that this network will become sort of a library and central resource center where legal educators can work together in a collaborative, structured environment to figure out what does and doesn’t work,” says Sullivan, who was the lead author of an influential report on legal education published in 2007 by the Carnegie Foundation for the Advancement of Teaching.

The new initiative traces its roots back to that report, which found that, while law schools do a good job of teaching students how to think like lawyers, they do a poor job of preparing them for actual law practice and providing them a sense of what it actually means to be a lawyer. The report called for law schools to incorporate elements of all three values in their courses.

The initiative’s launch was announced only two weeks after the ABA House of Delegates adopted a resolution sponsored by the New York State Bar Association that calls for legal education providers to implement teaching programs intended to develop “practice-ready” lawyers.

The initiative is “a wonderful idea. I hope it catches on,” says Stephen P. Younger, a partner at Patterson Belknap Webb & Tyler in New York City. As the New York bar’s immediate-past president, he played a key role in producing its resolution to the ABA House.

Meanwhile, a review of the ABA’s law school accreditation standards is expected to include a proposal to emphasize learning outcomes for students as a primary measure of teaching effectiveness at law schools. The review is being conducted by the Standards Review Committee of the Section of Legal Education and Admissions to the Bar, which is recognized by the Department of Education as the accrediting body for U.S. law schools.