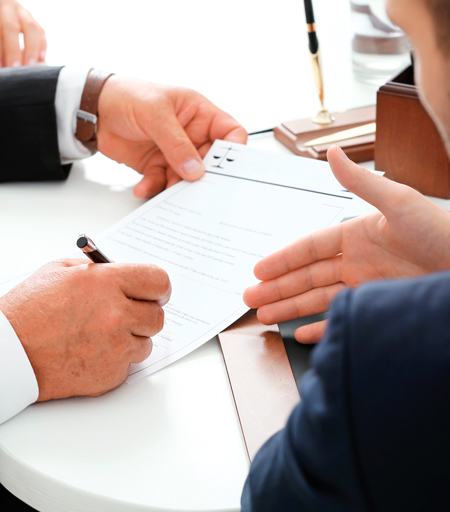 Attorney James Felman had never spoken to Erica Washington before he called to tell her that her father’s prison sentence had been commuted. But he thinks she realized what was coming.

“As soon as I introduced myself and told her who I was, she just started crying,” recalls Felman, a partner at Kynes, Markman & Felman in Tampa, Florida.

Fulton Washington was sentenced to life for a drug crime when his daughter was 10 years old. Despite having no hope of his release, Erica emailed and visited him regularly for 20 years—eventually becoming a social worker who helps former prisoners.

“It made me cry—just to hear a daughter who’s been waiting 20 years for a father,” says Felman, who represented Washington in his bid for clemency. “To have any part at all to play in putting her together with her dad was just overwhelming.”

Felman made many similar calls as a leader and volunteer for Clemency Project 2014—the massive pro bono effort created to help former President Barack Obama commute excessively long prison sentences. They were, Felman says, “the most satisfying moments I’ve ever experienced as a lawyer.”

Nearly 900 federal prisoners were released thanks to Clemency Project 2014, also known as CP14. The project sought to shorten long prison terms handed down under outdated, inflexible sentencing practices. The Justice Department called on the private bar to help prisoners submit applications, and the ABA Criminal Justice Section was among the groups that answered.

The project ended with Obama’s second term on Jan. 20. But over the project’s lifespan of less than three years, he commuted the sentences of 1,705 prisoners, 894 of whom were represented by CP14 volunteer attorneys. Those attorneys—almost 4,000 of them—had about 2½ years to process 36,000 applications. Despite its relatively short timeline, it might be the largest pro bono project in American history.

“It’s one of those things that bring great joy and crushing disappointment,” says law professor Mark Osler, who runs the Federal Commutations Clinic at the University of St. Thomas School of Law in Minneapolis.

Earlier this year, Rudy Martinez, who had been serving life without parole for a drug trafficking conviction before Obama commuted his sentence last August, visited Osler, who represented him. Osler learned that Martinez became a voracious reader in prison, where he took 175 classes. During his visit, Martinez met Osler’s son. “Suddenly they’re having this great conversation about Cervantes—this guy who’d done 27 years in prison and my son, who’s the junior at Yale,” Osler says.

When CP14 was announced, the Justice Department sought applications from nonviolent, low-level offenders with no significant ties to organized crime. They had to have served at least 10 years with a record of good conduct. Most important, the DOJ specified that the prisoner must be serving a sentence that, by law, would be substantially shorter if imposed today. In practice, says former CP14 project manager Cynthia Roseberry, the typical person who met all the cri-teria was a drug offender who received “an extraordinary amount of time” before recent sentencing reforms.

“As a matter of fairness, it seemed to the president that those people should not be serving significantly longer in jail just because of when they got sentenced,” says W. Neil Eggleston, the last White House counsel under Obama.

Because tens of thousands of people could be eligible, the Justice Department called on private attorneys to help find and present the best cases pro bono. That effort became CP14, run by Roseberry and volunteers from the National Association of Criminal Defense Lawyers, the ABA Criminal Justice Section, Families Against Mandatory Minimums, the American Civil Liberties Union and a group of federal public defenders.

Leaders from those groups helped wrangle volunteers and review petitions before submitting them to the Justice Department. Every volunteer’s work went to a screening committee—which Felman describes as a kind of coach, since most volunteers weren’t sentencing experts—and then a steering committee to ensure all cases met the government’s criteria.

This article appeared in the August 2017 issue of the ABA Journal with the headline “Clemency Calling: Lawyers volunteered for what may have been the largest pro bono project in history."