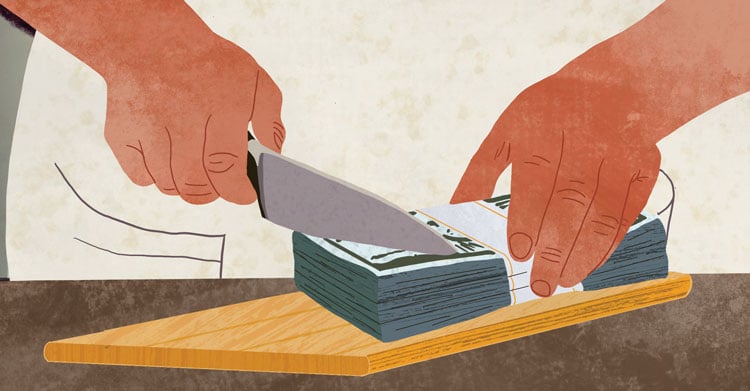 It’s not easy being an attorney right now.

Law firms throughout the United States—and the rest of the world—are dealing with the effects of the COVID-19 pandemic and a sluggish economy. According to a survey from practice management company Clio, responding law firms have billed less in every month since March compared to the corresponding month of the prior year, cratering with a 23% drop in May when compared to May 2019. Additionally, there have been multiple press reports about law firms furloughing and laying off staffers and lawyers while cutting pay and implementing austerity measures. 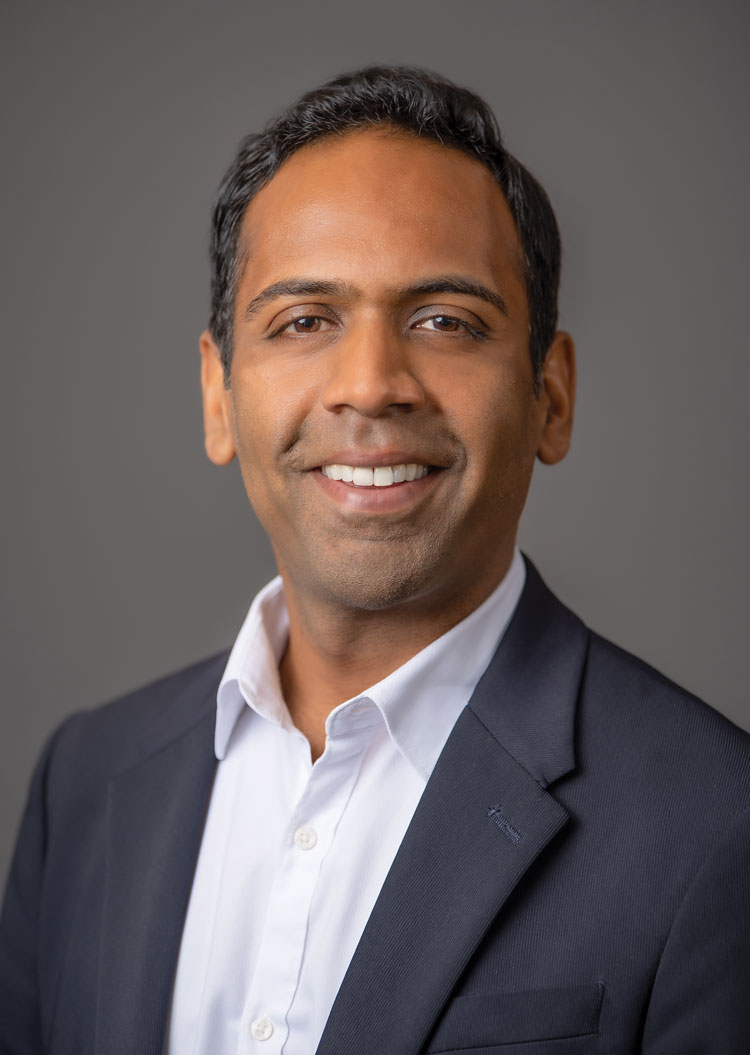 “In every prior crisis, law firms never shared in the economic pain,” says Raj Goyle, CEO and co-founder of Bodhala, a New York City-based legal tech firm. “This is the first time we’re seeing that beginning to happen.” Law firm profits were even up amid the financial crisis, Goyle says.

Although it’s clear that firms need to focus on cost-saving measures, what’s not so transparent is where the costs should be cut. Various law firms have tried different options with mixed measures of success.

Tim Baxter, global head of communications for Allen & Overy, an international law firm with offices in 30 countries, says his firm took prompt action at the end of March by reducing profit distributions to partners in addition to increasing partner capital contributions.

“Certain investments have been deferred until market conditions become more certain, and we have stopped most recruitment,” Baxter says.

Salary reviews normally take place in the first quarter of each financial year, but Baxter’s firm decided not to undertake them. The firm has managed not to furlough any staff or reduce staff hours, introduce redundancy programs or actively seek support from the government. “As a firm, we remain in a strong cash position with no debt,” Baxter says. 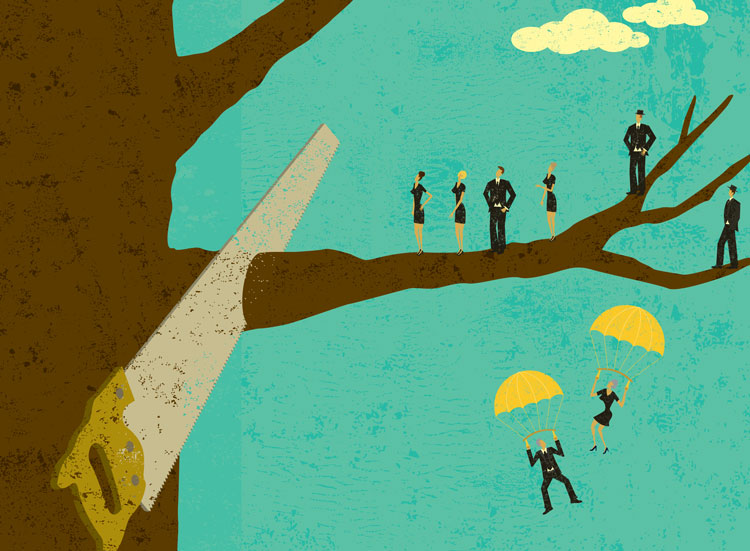 Other firms have taken a different approach.

Andrew Jezic, founding partner of Jezic & Moyse in Maryland, says his firm cut hours across the board and furloughed a few of its noncritical workers. He says one of the most telling signals of the crisis within so many firms is in the reduction of equity draws being allowed. “Many partners had been using equity draws in place of receiving a salary, and firms are limiting the amount allowed, sometimes by as much as 25%,” Jezic says.

But it’s important to keep in mind that the biggest assets to law firms are the clients and the staff—and cutting costs has to be done in a way that’s consistent with keeping those groups of people content, says Todd Spodek, managing partner of the Spodek Law Group in New York City.

Spodek says he saved money by negotiating concessions with landlords for five of his six offices in exchange for renewing his leases long-term. He’s also saved on travel and entertaining, instead engaging with his clients in other ways, such as meeting in the park for walks.

“The most effective cuts are generally the ones firms knew they needed to make before the downturn and are now making,” says Chicago-based Kent Zimmermann, a principal with Zeughauser Group, a strategic advising company for law firms.

These often include getting rid of the lawyers who chronically underperform.

“This kills two birds with one stone: It can yield substantial cost savings, and it also helps the firm pivot to a higher-performance culture, which helps firms attract and retain more high-performing lawyers,” Zimmermann says.

Real estate is also a big expense that some firms are cutting. The pandemic will be a bridge for many firms to a future with fewer dedicated offices, particularly for associates, Zimmermann says. Many firms were already going in this direction before the crisis. Because real estate is the second-largest expense for most firms, this will help increase profitability, which is generally an advantage in recruiting and retaining sought-after lawyers, Zimmermann says.

Despite that, Zimmermann says that while going virtual would cut costs, doing so permanently is a bridge too far for many firms. “Recruiting, training, mentoring and collaborating across the firm [aren’t] easy under normal circumstances and can be harder with a fully remote workforce,” he says. 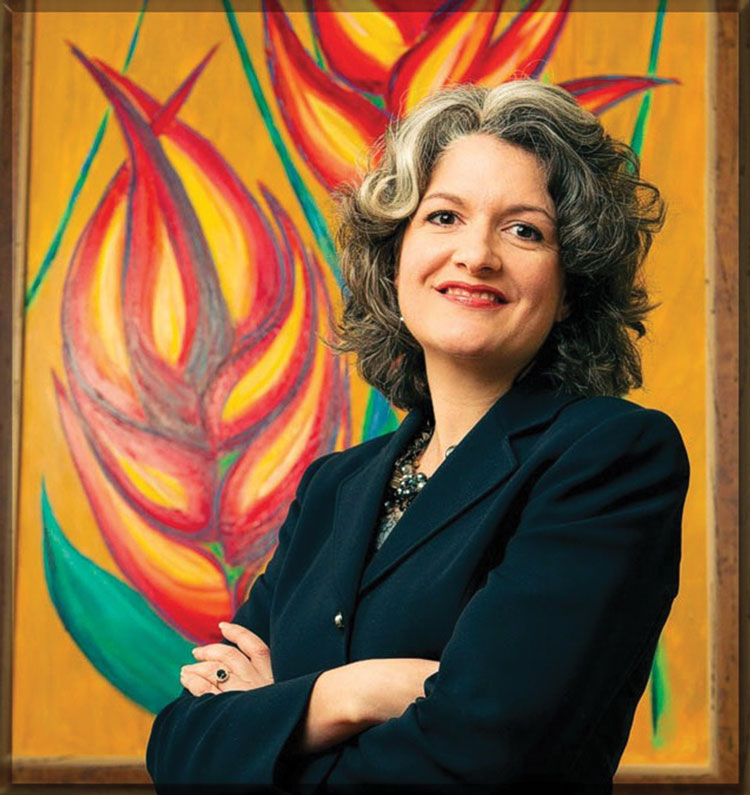 Photo of Elizabeth Ricci by by Scott Holstei

You don’t have to go completely virtual to save money, however. Elizabeth Ricci, managing partner at Rambana & Ricci, an immigration firm in Tallahassee, Florida, says her firm already used a virtual assistant and has been using more virtual help in the last few months. For instance, she utilizes third-party document preparation services for her immigrant clients starting new businesses (Visa Business Plans), for career consultants (Athena Consultants, Inc.), and for paralegals to assemble client packages with correspondence and online filings. “Doing so actually saves more time than money, but time of course translates into money,” says Ricci, who states that with the extra time available, she’s taken more CLEs than she normally would.

Even making smaller changes could yield huge dividends, says California-based Brent Daub, senior founding partner and trial attorney with Gilson Daub, a firm with 17 offices nationally. Daub says overhead costs associated with facilities, tools, technology and staff are a good place to start. Although it can be a substantial time investment to transfer to a paperless case management system, this will also significantly reduce overall operating costs. Gilson Daub switched to the paperless case management system Casefriend before the pandemic, which also helped when the attorneys started working virtually.

The pandemic also has shed light on the cost-saving capabilities to connect virtually, and Daub’s firm has taken advantage of virtual court hearings, depositions, client interactions and more. “Those will remain a viable choice even after we are long past the COVID-19 era,” Daub says.

This story was originally published in the Dec/Jan 2020-2021 issue of the ABA Journal under the headline: “Trimming the Fat: COVID-19 and a slow economy have forced law firms of all sizes to cut costs.”