How far can criticism of judges go under ethics rules? 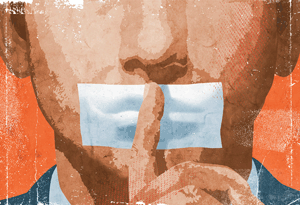 When an attorney in Louisiana filed appellate pleadings that alleged misconduct by the trial judge in a case, it was the attorney—not the judge—who found herself in ethics hot water with the state supreme court.

But some leading ethics and First Amendment experts—and even two dissenting justices of the Louisiana Supreme Court—suggest that the disciplinary action against attorney Christine M. Mire was inappropriate under the language of Rule 8.2(a) of the ABA Model Rules of Professional Conduct. The Louisiana Rules of Professional Conduct follow Model Rule 8.2 word for word. (The ABA Model Rules are the primary basis for binding ethics rules in almost every state, although California sets forth its rules using a different format from the Model Rules.)

According to pleadings filed with the Louisiana Supreme Court, Mire filed an appeal in the Louisiana Court of Appeal that included vigorous criticisms of Phyllis Keaty, a district court judge who presided over a family law case in which Mire was representing one of the parties. (Judge Keaty now is a judge on the state appeals court.)

Mire thought Judge Keaty failed to disclose the extent of her family’s relationship with a litigant on the other side of the case. (The appeals court later ordered Keaty removed from the case because of a “community interest.”)

Mire filed a motion that asked Judge Keaty to recuse herself from the case, which Keaty refused. When Mire requested a copy of the hearing record, she received a recording that contained a statement that she thought was not actually made at the hearing.

The recording apparently had been spliced at the exact location where Judge Keaty had talked about her connection with the litigant on the other side. Mire thought the recording and the transcript of the hearing had been altered intentionally.

On the basis of Mire’s pleadings, the Office of Disciplinary Counsel filed charges, including an allegation that she had violated Rule 8.2(a) of the Model Rules, which states: “A lawyer shall not make a statement that the lawyer knows to be false or with reckless disregard as to its truth or falsity concerning the qualifications or integrity of a judge, adjudicatory officer or public legal officer, or of a candidate for election or appointment to judicial or legal office.”

The rule echoes the standard in libel law articulated by the U.S. Supreme Court in New York Times Co. v. Sullivan, decided in 1964. In that decision, the court held that public officials who sue for defamation must show that a defendant made false statements with “actual malice”—knowing the statement was false or acting in reckless disregard of its truth or falsity.

The state supreme court further found that “no evidentiary support” existed for the allegation that Judge Keaty added statements to the record that were not originally made at the hearing. The court found “even more disturbing” the statements Mire made that the appeals court was covering up Keaty’s actions.

The court ordered Mire’s license to practice suspended for one year and one day with six months deferred and two years of probation. That order also took into account Mire’s alleged misconduct in a bankruptcy case.

But two of the state supreme court’s seven justices wrote notable dissenting opinions. Justice John L. Weimer cautioned that the court should not “create an environment in which an attorney, who is duty-bound to report concern about our judicial system, will become too timid in lodging a concern due to fear of being disciplined.” Weimer wrote that “a reasonable person could justifiably disbelieve that the court’s recording equipment went haywire at the exact moment of Judge Keaty’s purported disclosure.”

Weimer agreed that Mire’s statements were “unprofessional,” but he said the court should not subject her to professional discipline. He cited U.S. Supreme Court Justice Hugo L. Black’s famous statement in Bridges v. California, a 1941 decision: “For it is a prized American privilege to speak one’s mind, although not always with perfect good taste, on all public institutions.”

Louisiana Justice Jefferson D. Hughes III also dissented from the majority opinion in In re Mire. “Alteration of the transcript of a recorded judicial proceeding is a serious, perhaps criminal, matter,” he wrote. “This court does justice no favor by punishing the whistleblower.”

The case raises a key question about the extent to which attorney speech, especially when it involves criticism of a judge or the judiciary in general, should be protected under Model Rule 8.2(a) and its state progeny.

The Louisiana Supreme Court applied the so-called objective reasonableness standard, contends Dane S. Ciolino, who represented Mire before the high court, when it should have incorporated a subjective standard that focused on whether the attorney knew the statements were false.

“The Louisiana Supreme Court and other courts have suggested that Rule 8.2(a) permits a lawyer to be disciplined for merely negligent statements under an objective knew-or-should-have-known standard,” says Ciolino, a law professor at Loyola University in New Orleans, where he teaches professional responsibility.

“That is not what the plain language of Rule 8.2(a) says, nor is it consistent with the standard of Times v. Sullivan. The overarching problem in this case is that the court ignored the plain language of Rule 8.2(a), which premises discipline on making a statement about a judge knowing it to be false—or at least making it with reckless disregard of the truth. Mere negligence should not be enough.”

“It is always troubling when a lawyer is disciplined for criticizing a judge or a court,” says Chemerinsky, the dean at the University of California at Irvine School of Law. “Rule 8.2(a) is adopting the New York Times v. Sullivan standard, which requires that the statement be false, and that the speaker knew the statement was false or acted with reckless disregard of the truth. The Supreme Court has said that this requires a subjective awareness of probable falsity. This is not the standard followed by the Louisiana Supreme Court.”

Mire petitioned for a rehearing of the court’s February decision, which the court denied in May. Justice Weimer said he would have granted review and wrote an opinion that explained his view: “The original opinion in this matter has created a dilemma that can only be resolved by … having an attorney surrender constitutionally protected rights to free speech and compromise a client’s representation.”

The Louisiana Supreme Court’s decision “stands for the principle that lawyers have a reduced level of free speech rights,” Ciolino says. “The Constitution should apply to lawyers just as much as nonlawyers. Ultimately, the U.S. Supreme Court will have to resolve whether courts can diverge from the Times v. Sullivan standard and the plain language of Rule 8.2(a), to discipline a lawyer for a merely negligent misstatement about a judge.”

This article originally appeared in the December 2016 issue of the ABA Journal with this headline: "Watch What You Say: Disciplinary ruling against attorney raises questions about how far criticismof judges can go under ethics rules."