Letters from Our Readers

Letters from Our Readers: Justice fighter 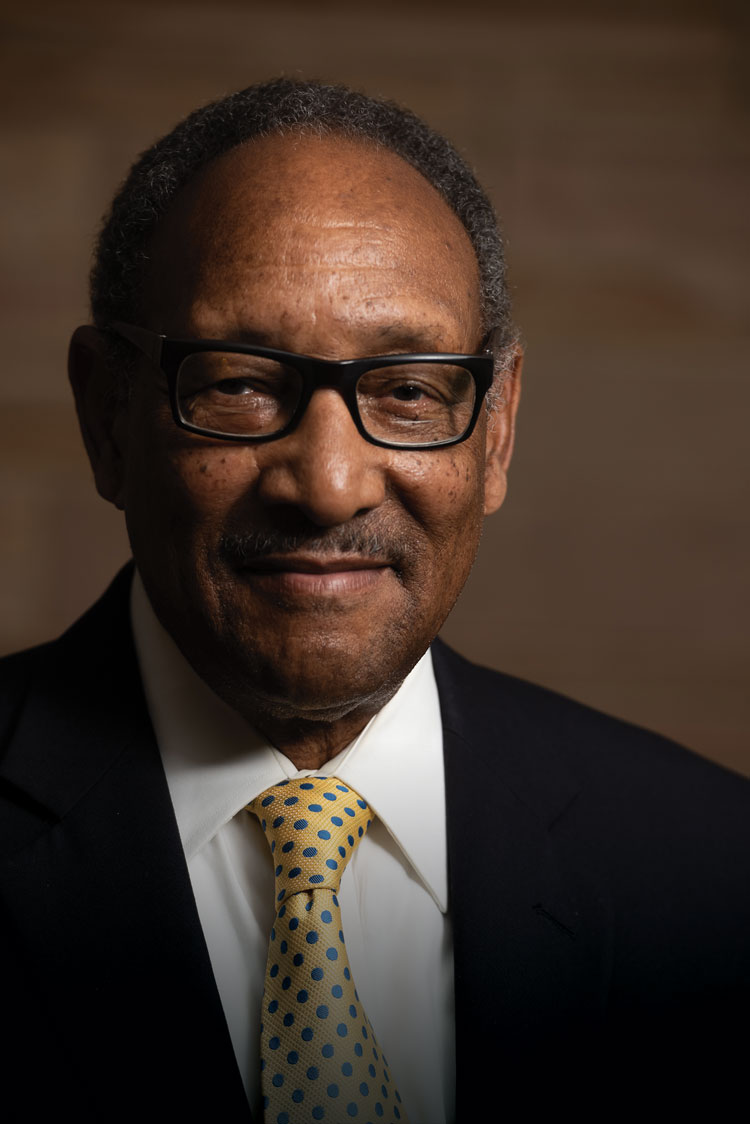 Kudos to Liane Jackson for her interview sketch of Bill Robinson in “Moment or Movement?” October-November, page 34. Her brief reference to Bill’s pursuit of racial justice in the American workplace is an understatement—no doubt due to Bill’s modesty—that needs punctuation.

Perhaps just as important, Bill Robinson’s value as a mentor to younger lawyers should be underscored. Indeed, I was one of those lucky lawyers who worked in the late 1960s as a brand-new associate at a Wall Street firm. Bill’s oversight of volunteers who helped draft briefs for the “Inc. Fund”—the NAACP Legal Defense and Education Fund—was a lasting inspiration for those of us who have since practiced and taught employment and civil rights law across the nation.

I am a new member of the American Bar Association and recently got around to reading my first ABA Journal. I wanted to reach out and express how much I enjoyed reading “America’s Tipping Point,” by Liane Jackson, August-September, page 9. It so concisely pinpointed the issue and steps we need to take in our legal community and in the country as a whole. It was also explained in a way that couldn’t be denied and was accessible to various demographics. The sentence, “What this means is, if you are in a position of authority or a gatekeeper, then silence is complicity and inaction is collusion,” is particularly memorable and has been echoing in my head since I first read it.

Thank you, and I look forward to reading future articles.

I just read “America’s Tipping Point.” Had I read it prior to renewing my ABA subscription two weeks ago, I likely would not have renewed. The ABA Journal should have content related to making its members better attorneys. This was riddled with the writer’s own incendiary and unfounded opinions portrayed as fact. As an American, an attorney and a minority, I’m offended by this content. Everyone will agree that the death of George Floyd was tragic, but we don’t really know that what happened to him happened because he was Black. We haven’t heard the testimony of Derek Chauvin to know what was in his mind when he stood on Mr. Floyd’s neck. Is it possible Chauvin would have done the exact same thing if Floyd were white, Hispanic or Asian? Is it possible that Chauvin is just a bad cop and not racist? As attorneys, we need to ask these questions. The ABA should provide content that engages the kind of analysis we are obligated to undertake as attorneys.

Thank you for writing “America’s Tipping Point.” I must admit to you that I do not agree with the 85% that you talk about in your statistics. I felt your article was very thoughtfully written; however, I was disturbed when I got to the end and it seemed like the only thing we could do is have all of us white guys resign. What is our alternative?

I practice in a small area of rural Indiana, and I must admit, we do not have any racists, and certainly not any I associate with. Some of my best friends are of different colors and nationalities. It seems like we—you, me and the rest of us—ought to come up with a solution to ensure that we do not have these problems in our bar association. My experience—not in a private practice but in the Air Force—with different folks was always positive. I think we need to work toward that.

Again, keep up the good work.

I just reviewed the August 2020 edition of the ABA Journal and then called to cancel the renewal of my ABA membership.

I joined the ABA in 2017, primarily because of the valuable services and resources offered by the Real Property, Trust and Estate Law section and the Law Practice Division. As much as I would like to continue enjoying those benefits, I cannot in good conscience do so knowing a portion of my dues will be used to support the kind of progressive political activism reflected in the pages of the ABA Journal. Liane Jackson’s “America’s Tipping Point,” was my tipping point.

I cannot for the life of me understand why the ABA—founded to advance the rule of law and provide practical resources for legal professionals—continues to go down this road. For all the ABA’s talk about diversity, tolerance and inclusion—and its attempts to arrest the decline in membership—it is painfully obvious from the ABA Journal that the association is no place for attorneys with politically conservative viewpoints.

The opening sentence of “Blocking the Vote,” August-September, page 52, by Darlene Ricker, presupposes that “Russian interference in the 2016 election” is within the realm of fact instead of the evidence-void political narrative it has been proven to be, concocted by Democrat supporters who used it to sabotage the peaceful transition of power in the United States following the 2016 presidential election. How ironic that the purported subject of the article is preserving the right to vote!

Unfortunately, the political bias dripping throughout the article is typical of the political bias on prominent display in the ABA Journal every time it publishes. Were it not for the great insurance available through the endowment, I would immediately cease supporting this political organization falsely passing itself off as a politically neutral bar association.

Print and initial web versions of "Letters from Our Readers," December-January 2020-21, should have correctly identified letter-writer Veronica Chavez as Veronica Chavez Law.