Could this be America's tipping point?

America is struggling to emerge from dark and uncertain times. COVID-19, record unemployment, civil unrest. There is a never-ending loop of protests and police brutality; of disease and dire predictions. But even as the turmoil unfolds, there has been a seismic shift in the national discourse, and 2020 may be one of those defining years of resurgence that bends the arc, ever so slightly, toward justice.

Cradle to the grave

A confluence of traumatic events—a series of graphic killings, a shattered economy, sheltering in place and a long, hot summer—sparked agitation for change. And all of a sudden, there is a spotlight on the crippling discrimination that permeates our country’s history and on the “law and order” Faustian bargain that has repressed and terrorized America’s Black citizens for decades. 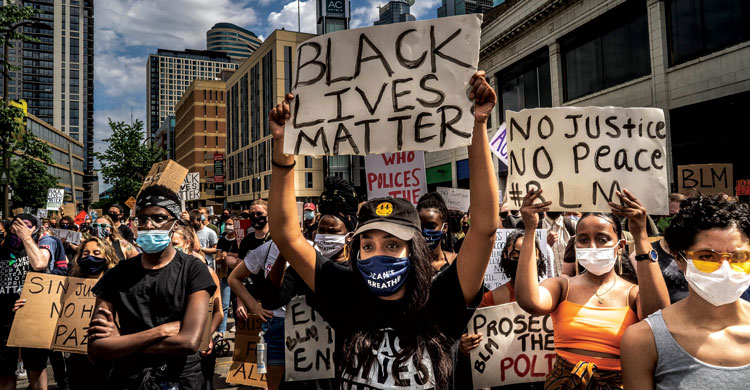 Protests in the wake of George Floyd’s killing quickly spread from Minneapolis to over 350 U.S. cities, including Washington, D.C. Kerem Yucel / AFP via Getty Images

There is new acknowledgment that this country has a serious systemic racism problem—from the cradle to the grave—from police brutality to education to health disparities to employment. This collective, contemplative moment is stunning and whiplash-inducing but long overdue.

Black people’s participation in the American experiment has felt a bit like The Hunger Games. A small fraction gain token, conditional admission to the world of the haves. Meanwhile, the have-nots remain trapped in blight and poverty, prisons and violence; targeted by the police; fighting for survival; dying from lack of adequate health care; searching for hope that’s hard to find—all amid blame-shifting accusations of being pathological.

For decades, America has dodged accountability for its original sin through false equivalencies, false narratives and gaslighting, constructing smoke-and-mirror justifications for the legacy of slavery, Jim Crow, police brutality and discriminatory laws that railroaded a population. Insisting that a historically oppressed people should be the ones to shove the knees off their necks (rather than just removing the knee) is not only a red herring, it’s a ticking time bomb. And apparently it took watching a man die for 8 minutes and 46 seconds to put that fact into full focus.

To serve and protect?

Stop to imagine a system of law enforcement where the police are rarely there to help you but instead are actively at war with you. What this means is living a life fraught with anxiety, if not terror, because of having dark skin in America. Perhaps this particular police encounter isn’t your day to die, but it’s likely your moment to be disrespected, disbelieved, manhandled, arrested or otherwise abused. For Black Americans, having to live under the perennial threat of violence is abuse in itself. 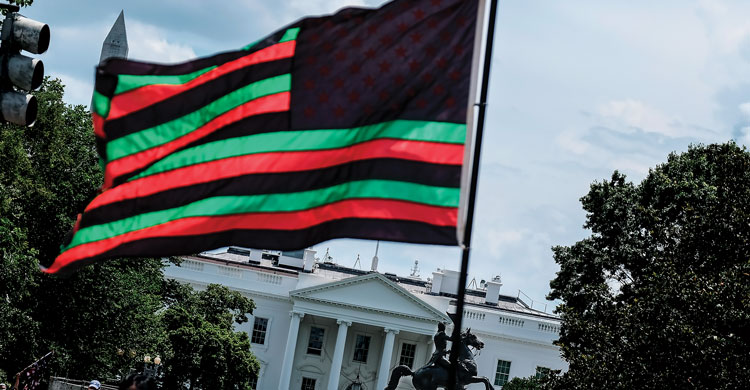 Protests in the wake of George Floyd’s killing quickly spread from Minneapolis to over 350 U.S. cities, including New York City. Michael A. McCoy/Getty Images.

These are not idle indictments. I’ve worked for a sheriff’s office and considered police officers friends and colleagues. I’ve also worked as a pro bono lawyer defending the criminally accused. I’ve been a member of on-the-ground news media in cities across the country. I am a Black woman in America. Yes, there are a lot of good police officers serving honorably. But no one needs to solve the problem of good police officers. What’s needed now is the elimination of the contagion of bad police officers: the rogue officers, the bad apples who have inexorably tainted the rank and file of America’s police. Minneapolis police officers turning a blind eye to their colleague’s killing of George Floyd was just a small window into the widespread collusion and cover-ups that occur daily in police departments. The impunity, the code of silence, the inhumane treatment and disrespect have decimated community trust. The secrecy, qualified immunity, unbalanced union contracts and judges ruling for abusive officers has to end. De minimis, policing needs a radical reset.

The most dangerous game

According to Gary Potter, associate dean at Eastern Kentucky University’s School of Justice Studies, the evolutionary underpinnings of today’s racist policing can be traced to the South, where there was economic motivation to preserve chattel slavery.

In his article “The History of Policing in the United States,” Potter describes how slave patrols were tasked with tracking down runaways and preventing revolts by any means necessary during Reconstruction, and how local sheriffs violently enforced segregation and the disenfranchisement of freed people. There is an unbroken link between slavery and modern racially biased policing.

The “war on drugs” and tough “law and order” talk ratcheted up support for a militarized police force. But effective public safety and nonlethal law enforcement can coexist. Militarized police are not necessary, and in fact, multiple studies show that heavily weaponized officers use higher levels of force against citizens. It is possible for police to investigate crimes, respond to emergencies and serve the community without resorting to beatings and murder.

Masks on, muzzles off

But this moment is about more than reimagining policing and what it means to serve and protect. It’s about acknowledging the devastation, writ large, of racism in America.

Although it all began with the slave trade, it doesn’t matter if your family got off the boat 10 years ago or 400. White people in this country are born beneficiaries of a legacy system premised on oppression and brutality. They are institutional admits to the land of opportunity. This truth is uncomfortable, but it is a fact that must be understood and admitted to move forward with reform.

What this means is, if you are in a position of authority or a gatekeeper, then silence is complicity and inaction is collusion. Many have spoken up. Others have wanted to but did not—until this unique window in history. There are allies who have been waiting for this moment to show their solidarity and have taken to the streets or actively lobbied for change. But you don’t have to march in protest—it’s as important for voices to be heard in hiring decisions, in mentoring and sponsoring, in team building, and in speaking up and championing the historically disadvantaged. 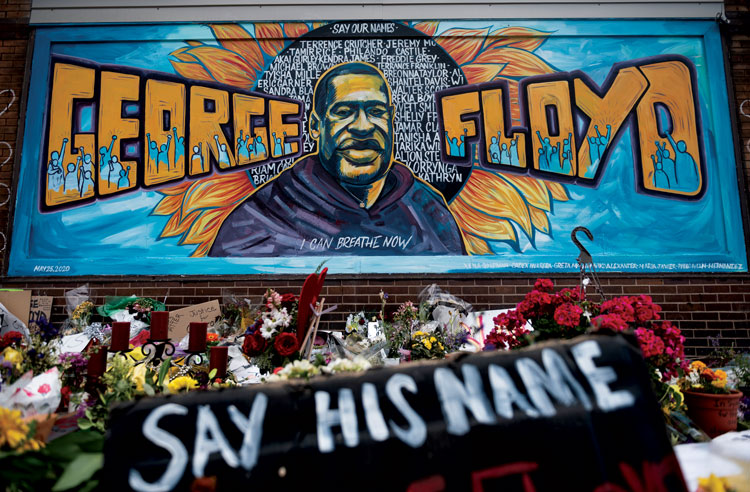 George Floyd’s memorial in Minneapolis has been visited by many. Photo by Stephen Maturen/Getty Images.

Lawyers have a special obligation to promote justice and serve the community, but our profession is one of the whitest, most male-dominated in existence. According to recent ABA statistics, 85% of lawyers are white; 80% of federal judges are white; 5% of lawyers are African American. Whether it’s women in the ranks or people of color, it’s been perpetually easier to shut the gate than crack the door open to diversity. Lip service and platitudes don’t make you an ally. It takes honest introspection and self-assessment to determine whether you are actively part of the problem or part of the solution.

No one has an obligation to pursue justice—it’s an ethical and moral choice. But at least now, everyone is on notice that a choice must be made. And that hiding behind the rose-colored pretense of a post-racial society is an abrogation of duty to do the hard work.

Whether all of this becomes another cycle of symbolic acts or ends with systemic change is within our individual and collective control.