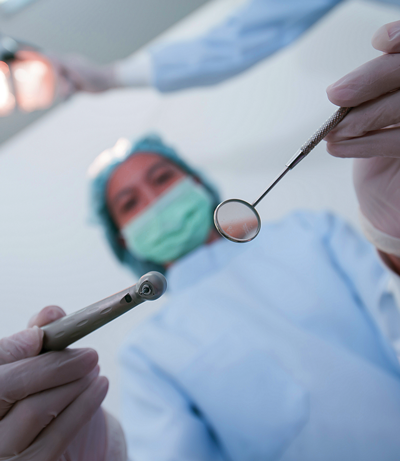 When an elderly man dies after a dentist drops a tool down his throat or a 17-year-old passes away under sedation during wisdom teeth extraction, attorneys like Mark Glassman, Stanley Lane and Edwin Zinman take the case.

They’re among a handful of dental malpractice attorneys scattered across the country: Glassman and Lane, who took the two aforementioned cases, practice together in Plantation, Florida, while Zinman’s offices are in San Francisco.

Their cases seldom involve wrongful death claims on behalf of next of kin; they are far more likely to involve chronic injuries due to dental work—such as facial nerve damage—that cause ongoing pain or lack of sensation.

“Typically, those are the only cases you hear about,” Glassman says of the death situations. “But those aren’t the everyday cases.” In addition to injuries, Zinman says common types of claims include unnecessary dentistry and spoliation of dental records.

The Lane Glassman law firm has a caseload of about 75 at any one time and fields 10 to 15 calls per day, most of which the firm does not pursue because they would not lead to a high-enough settlement or verdict to be worth the time spent, Glassman says.

“The vast majority of calls are [complaints]: ‘My crown is broken. They sold me dentures that don’t fit. I have an infection after a root canal,’” he says. “You’re not going to build a practice on ‘My dentures don’t fit.’

“You have to be comfortable that the thousands you invest on the front end comes out the back end. A denture case where the top end might be $2,500 is not going to fit the bill of a viable practice,” Glassman adds.

Attorneys typically need a dentist to serve as an expert witness in dental malpractice cases, although Lane Glassman and the Law Offices of Edwin J. Zinman each has that covered: Lane and Zinman both have dental degrees.

Glassman, whose practice centered on medical malpractice for most of his career, teamed up with Lane, an old family friend and former head of oral surgery at Mt. Sinai Hospital in New York City, about three years ago.

“Having a partner who’s an oral surgeon, who taught oral surgeons, certainly helps when it comes time to depose the provider,” Glassman says. “We have an expert witness in-house who knows more than most expert witnesses we hire.”

Medical malpractice attorneys who handle dental cases “have to consult with a dentist to find out what’s really wrong,” adds Lane. “I can determine it instantaneously after reviewing the records.”

The dental background is essential to evaluating cases, agrees Zinman, who has handled dental malpractice cases across the country since the 1970s, after several years as a periodontist.

“You need to be able to distinguish the avoidable from the unavoidable risk,” he says. “Particularly on the plaintiff’s side, you have to be able to say what a reasonable dentist would do, what the standard of care would be.”

Lane says his role is typically to review cases as they come in and handle discovery and depositions. Glassman handles the legal motions and filings, and they team up for trials or mediations.

Medical malpractice firms that occasionally handle dental cases “have a standard expert, a friend they play golf with,” Lane says. “It’s typically a slice of their practice—far from the whole thing.” But more often, med-mal firms refer out to firms like theirs, Glassman says.

“They get a call about a dental case and say, ‘Stop right there; let me give you a number,’” he says. “Our outreach has been to those medical malpractice firms.”

In the early days, most of Zinman’s referrals came from the Yellow Pages, while more recently they’ve come from the internet or other attorneys.

“There are only a few dentist-attorneys who have done this on any consistent basis,” he says. “There are a number of firms that handle it across the United States, but there’s only a few that concentrate on it.”

This article originally appeared in the June 2017 issue of the ABA Journal with the headline "Filling a Gap: Dental malpractice firms apply expertise to oral claims."