DNA Poised to Show Its Civil Side 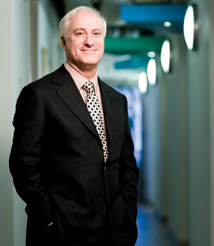 The advent of DNA testing in the mid-1980s revolutionized the criminal justice system. Now a new type of DNA technology is ready to have a similar effect on civil litigation.

Its creators say the technology can determine with near certainty wheth­er an individual has been physically injured from exposure to a particular chemical, such as benzene.

If that’s the case, experts say, the technique could transform the quality of evidence in workers’ compensation and toxic tort cases, which are now largely dependent on circumstantial and anecdotal evidence. It could also cut down on frivolous claims, streamline discovery, precipitate more out-of-court settlements and, barring privacy concerns, lead to improvements in workplace safety.

“Assuming they can actually do what they say they can do, this could be a revolutionary development, both in terms of civil litigation and for medical treatment purposes,” says Julie Burger, a Chicago-Kent College of Law professor who specializes in the social, legal and ethical implications of emerging technologies, including genetics.

The method is an application of existing technology used in the medical field. It meas­ures the release of pro­­teins known as cytokines that are produced by DNA strands when cells are exposed to harmful substances, according to Dr. Bruce Gillis, a Los Angeles medical toxicologist who developed the technology, known as MSDS1 or cytokine testing.

Every chemical substance creates its own telltale “signature” of cytokine releases—or genetic fingerprints—in a person, Gillis says. Once a chemical’s unique signature has been identified, the test can determine what chemical, if any, triggered the identical release pattern in an individual’s DNA.

Gillis says the test will help identify individuals who have genuinely been injured by exposure to a particular substance. It also offers employers a tool for improving workplace safety and monitoring employee health.

The science behind the technology is sound, Gillis says. It is based on established principles of cell biology long used in the treatment of cancer and other diseases. And the underlying research on the cytokine test has been peer-reviewed in two scientific publications.

The tests, being conducted at the University of Illinois College of Medicine in Chicago, where Gillis went to medical school and with which he is now affiliated, are now being done for two known toxins, benzene and hexavalent chromium, the chemical made famous in the 2000 film Erin Brockovich. But Gillis says the test can be performed for any toxic substance once its signature has been identified, for $12,500 per test.

Gillis doesn’t foresee admissibility problems with the technology, either. He notes that the type of DNA testing used in criminal cases, which is now universally accepted in the courts, relies on 13 points of comparison—called parameters—to determine whether two DNA samples are a match. The cytokine test, by contrast, uses up to 36,000 param­eters of an individual’s DNA to determine whether the person has been injured from ex­posure to a particular chemical or its metabolites; the test boasts an accuracy rate of more than 99.9 percent.

Burger can’t vouch for the scientific validity of the technology. And she says the admissibility of such evidence is sure to be challenged until it has proven to be reliable. She also suggests that such a test would be subject to some major limitations. It can’t tell when or where a particular exposure occurred, for instance. And it doesn’t take into account such factors as an individual’s susceptibility to certain diseases or the cumulative effects of repeated exposure to the same toxic substance over a prolonged period of time.

“I wouldn’t view it as having the kind of slam-dunk effect that DNA evidence has had in criminal cases. It’s not going to end all toxic tort litigation overnight,” she says, “But if the technology turns out to be reliable, it could have a big impact on the way these kinds of cases play out.”

The test has, in fact, already been used in more than two dozen workers’ compensation cases in California by mutual agreement between the two sides, according to Gillis. And the results have gone both ways. Some cases have been dropped after the test showed that an applicant had not been injured by exposure to the chemical from which he or she was alleging harm. Other cases have been settled after the test showed that the applicant was injured by exposure to a chemical present in the workplace.

Los Angeles-area insurance defense lawyer Neal Jardine says his firm has used the test twice, both times with favorable results. In one case, he says, the test saved his client more than $1 million in potential damages when it showed that a man who had worked around tires all his life didn’t get cancer from exposure to benzene—used to make tires—commonly found there.

In the other case, a different test using the same process showed that a nurse who claimed to be in chronic pain and permanently disabled from a back injury on the job exhibited none of the physical signs of the cellular inflammation associated with pain.

“Now, finally, we have a test that can tell us, in an objective, up-or-down way, whether an individual has been harmed by exposure to a certain substance,” he says.

Jardine says the test is proving to be valuable for insurers—one that not only saves time and money but could also eventually eliminate the need for the kinds of anecdotal and circumstantial evidence on which such cases have long relied.

Bedford, Mass., lawyer Leonard Nason, who represents both sides in workers’ compensation cases, says the test would appear to have great potential, both as a litigation tool and as a way of making the workplace safer.

But Nason, who chairs the Workers’ Compensation and Em­ployers’ Liability Law Committee of the ABA’s Tort Trial and Insur­ance Practice Section, says such technology also raises concerns about privacy and potential dis­crimination.

That’s why Nason’s committee is sponsoring several programs on the topic at the section’s scheduled conference in Chicago March 26-28. The conference, which focuses on national trends, emerging issues and cutting-edge medical disability determinations affecting state workers’ compensation laws, includes an introduction to the technology by Gillis, a tour of the Cytokine Insti­tute’s laboratory facilities at the Uni­versity of Illinois medical school, and a panel discussion of the potential privacy and discrimination issues raised by the use of such technology.

Although no current federal law prohibits genetic testing, Nason points out, pending legislation in Congress would bar employers from denying employees health insurance based on the use of such tests. More than 20 states also have laws that either limit or prohibit employers from collecting genetic information from employees.

In that case, the government’s first against alleged workplace DNA discrimination, the EEOC accused the railway of violating the Americans with Disabilities Act by requiring employees to submit to a physical that included a blood test that was used to look for predisposed medical conditions without the employees’ knowledge or permission.

While the company denied violating the law, the EEOC took the position that the mere gathering of an employee’s DNA may constitute a violation of the ADA.

Burger says a problem posed by the use of such technology is that there is no single comprehensive law covering the use of genetic information for employment and insurance purposes. And that problem is compounded by the fact that state laws dealing with the subject may or may not address the kind of technology such testing represents.