How to ethically respond to negative reviews from clients 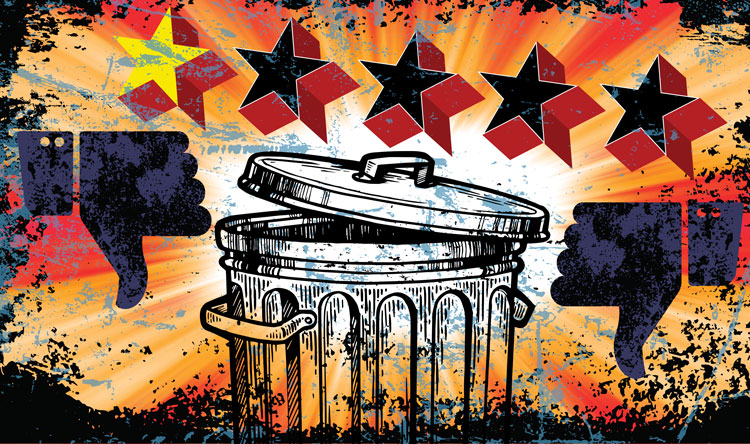 Attorneys who receive negative online reviews may feel compelled to respond, especially if the reviews are unfair or inaccurate. Formal and informal ethics opinions issued throughout the country consistently agree that attorneys are permitted to respond to negative reviews. But how it’s done is a matter of ethics and professionalism.

When an attorney receives a bad review, Michael Kennedy, who serves as Vermont’s bar counsel, recommends: “Think, and breathe deep before responding. In my view, it’s not as much an ethics thing—the law is clear that a negative online review doesn’t fall within the self-defense exception—as it is good business sense. … As bar counsel, my job is risk management. There’s no ethical risk in not responding.”

One critical boundary for attorney response is set by Model Rule 1.6 of the ABA Model Rules of Professional Conduct, which prohibits revealing confidential information acquired during the professional relationship with a client unless an exception, such as the self-defense exception, is satisfied.

As the Los Angeles County Bar Association explained in Ethics Opinion No. 525, a response is allowed as long as no confidential information is disclosed, the response does not injure the former client with regard to the prior representation, and the response is “proportionate and restrained.” Similar standards have been adopted in San Francisco, Texas, Colorado, Florida and Pennsylvania.

“With a little ingenuity, a lawyer can respond to a bad review without disclosing confidences,” says Stephen Gillers, a New York University School law professor and the author of Regulation of Lawyers: Problems of Law and Ethics.

“She can, for example, expressly label an allegation as false and say that her ethical duties prevent her from responding in detail. She should keep the tone respectful,” Gillers adds.

Claiming an aggressive response to a negative post is self-defense is not a viable option. As the North Carolina State Bar notes in a Jan. 23 proposed opinion, “the ‘self-defense’ exception applies to legal claims and disciplinary charges arising in civil, criminal, disciplinary or other proceedings,” and it concludes that a negative online review does not rise to this threshold.

Instead of a pugnacious approach, Thomas Wilkinson Jr., a member of the ABA Standing Committee on Professionalism, suggests the following sample response to a negative review: “Lawyer confidentiality obligations prevent us from correcting the factual background in this post. We are very proud of our track record of client satisfaction and favorable results.”

What not to do

State ethics opinions provide useful examples of how not to respond to a negative review. Disclosure of confidential information has been the basis of disciplinary action taken against a number of attorneys for responses found to cross ethical lines. For example:

Common sense and restraint should be exercised, even when emotions make that difficult.

Counterbalance instead of counterpunch

“Perhaps most frustrating for many attorneys is that they don’t get to choose whether to engage in online reviews at all,” Buchdahl notes. “The client can unilaterally decide to make it a part of your online profile.”

Experts agree that the best counterweight to a negative review is a positive one. Attorneys can seek out five-star reviews not only to boost the firm’s online reputation but also to minimize or eliminate the impact of negative posts.

Although most states permit testimonials from clients, some require that a disclaimer or qualifying language be included. For example, New York requires the following disclaimer: “Prior results do not guarantee a similar outcome.” A decision to solicit positive reviews should be preceded by determining the mandates of the appropriate jurisdiction.

The North Carolina State Bar chimed in on the ethical implications of engaging a vendor who automates the online review process by soliciting and posting reviews on behalf of the law firm. In 2018 Formal Ethics Opinion 7, the green light was given to the practice so long as full disclosure of the process of the third-party vendor is made and the lawyer obtains the client’s informed consent. Under the arrangement described in the opinion, the client’s contact information is provided to the third-party vendor, and reviews of three of a possible five stars or less are not posted.

If you’re planning to hire a vendor to automate the process, “be careful to only use businesses that understand the law and attorney ethics requirements,” cautions law firm practice management consultant and ethics attorney Jennifer Ellis. “It is your obligation to check out such companies and their policies before you retain them.” 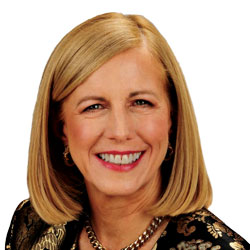 Business development strategist and veteran attorney Cynthia Sharp of Philadelphia works with lawyers seeking to generate additional revenue for their law firms. She is the recipient of the 2019 ABA Solo and Small Firm Trainer Award. Photo courtesy of The Sharper Lawyer

Astroturfing, a practice used by some lawyers, involves the dissemination of fake online reviews, typically in exchange for compensation. In these cases, lawyers may ask family and staff members to fabricate glowing reviews, or they may pay for posts. Attorneys caught engaging in this behavior may be found in direct violation of ABA Model Rule 7.2(b), which states, “A lawyer shall not compensate, give or promise anything of value to a person for recommending the lawyer’s services.”

Attorneys are subject not only to the jurisdiction of the state’s ethics committee but also to scrutiny by the Federal Trade Commission. Astroturfing is prohibited by the FTC in its regulation of endorsements and testimonials in advertising. Under 16 CFR S 255.1(C), if a reviewer is not “a bona fide user of [the product or service] at the time the endorsement was given,” the review is deemed deceptive. In early 2019, the FTC flexed its enforcement arm, assessing $12.8 million in fines against a weight-loss company for causing fake reviews to be posted.

Clients who hire law firms based on false reviews may have a viable cause of action against them. In 2019, a Pittsburgh firm settled a case brought by a former client who alleged the firm had committed fraud by directing staff members to ask friends and family to post five-star reviews of the firm.

There may be a strong compulsion and good business reasons to counter negative online reviews as well as to solicit positive reviews, but lawyers need to walk careful ethical lines to avoid making bad matters worse.

This article appeared in the June/July 2020 issue of the ABA Journal under the headline: “Trashed by Clients Online? Ethically responding to negative reviews”.