How should fees shared between lawyers at different firms be disbursed? ABA ethics opinion weighs in 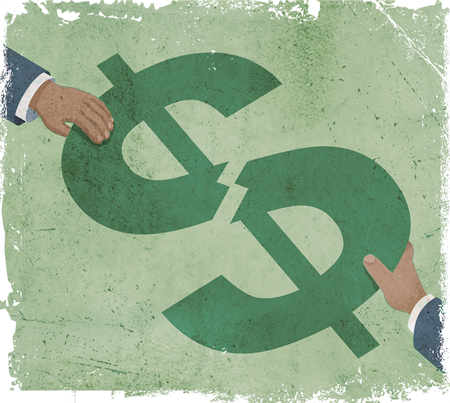 In a recent opinion that addresses a common but potentially problematic issue for lawyers from different firms who work together on the same case, the ABA Standing Committee on Ethics and Professional Responsibility clarified the interplay between two of the association’s Model Rules of Professional Conduct that apply to the division of fees.

The comment to Model Rule 1.5 defines a division of a fee as “a single billing to a client covering the fee of two or more lawyers who are not in the same firm.” ABA Formal Opinion 475 (PDF) affirms that, under the black letter of Model Rule 1.5(e), “such agreements are permissible only if the division is proportionate to the services performed by each lawyer or both lawyers assume joint responsibility for the representation; the client agrees to the arrangement, including the share each lawyer will receive; the arrangement is confirmed in writing; and the total fee is reasonable.”

But Opinion 475, issued Dec. 7, 2016, points out that the lawyers dividing a fee pursuant to Model Rule 1.5 must look to Rule 1.15 for guidance on how a fee received from a client by one of the lawyers must be handled to protect the interests of both lawyers. As the opinion explains, it’s a two-part process:

First, Rule 1.15(a) provides that a lawyer “shall hold property of clients or third persons that is in a lawyer’s possession in connection with a representation separate from the lawyer’s own property.” On the question of whether a lawyer who holds an interest in the earned fees should be treated as a third person under Rule 1.15, “we conclude that for the purposes of a division of fees between lawyers, when one lawyer receives fees on behalf of all lawyers in the matter, the answer is yes,” the ethics committee states in its opinion.

Opinion 475 states that, under Rule 1.15(a), the receiving lawyer must hold the fees to be divided in an account separate from the lawyer’s own property. Preferably, the opinion states, it should be a trust account. The opinion notes that some state versions of Rule 1.15 require that the funds be deposited in an IOLTA, or interest on lawyers’ trust account. This is a method of pooling the interest from lawyers’ trust accounts to help fund civil legal services for low-income individuals and support improvements to the justice system.

The opinion also explains that, when there is a dispute over the division of fees, Rule 1.15(e) “requires that the receiving lawyer keep the disputed funds separate from the lawyer’s own property until the dispute is resolved.”

While Opinion 475 addresses a narrow question, it “highlights an important duty,” says Keith Swisher, an ethics counsel in Phoenix.

“The other firm has an interest in the funds, similar to that of any other third party, e.g., a medical lien holder, or even a client,” Swisher says. “And the receiving firm has a duty to hold those funds in trust, provide notice of receipt to the other firm, and either promptly disburse the funds to the other firm or, in the event of a fee dispute, hold those funds until the dispute is resolved. It is still the case, sadly, that some firms do not voluntarily provide notice of the funds or hold the money in trust pending a dispute.”

This article originally appeared in the March 2017 issue of the ABA Journal with this headline: "The Great Divide: An ABA ethics opinion explains how a fee shared between lawyers from different firms should be disbursed."