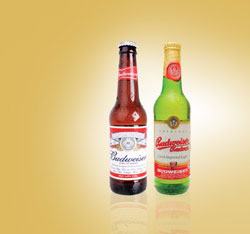 Now, when you ask for a “Bud” in most European countries, you’re likely to get the Anheuser-Busch InBev brand of Budweiser and not the Czech Budejovicky Budvar brewer’s lager. That’s because the Czech brewer has decided not to appeal a recent European Union General Court ruling that found Budvar did not have sole rights to the trademark for “Bud,” according to a statement from a company spokesperson.

The decision effectively ends a centurylong battle between the two brewers over the use of the names Bud and Budweiser in Europe.

In January, the EU General Court in Luxembourg found that Budvar failed to prove its use of the name was sufficiently widespread in the EU’s 27-member bloc in order to maintain its grip on the trademark.

Budvar had argued it holds an appellation of origin trademark—which describes the geographical location of a product’s source—similar to the use of Champagne or Parmesan. Budvar claims rights to the name Budweiser because its beer is brewed in a city known by its original German inhabitants as Budweis. But AB InBev claimed that it began using the Budweiser name in 1876, nearly two decades before Budvar was formed.

In most countries where AB InBev doesn’t hold the rights to use the name Budweiser, it uses the name Bud, while Budvar markets its beer variously around the world as Budvar, Budweiser and Bud. With this latest ruling, AB InBev can expand its name recognition in Europe.

“We are extremely pleased to have confirmed our right to a Bud trademark registration valid throughout the entire European Union,” says AB InBev spokeswoman Laura Vallis. “This ruling is important in that it will expand our already strong global protections for Bud and Budweiser.”

Vallis says the ruling will allow the company to fill in the remaining gaps in Europe where it doesn’t already have a trademark registration for Bud or Budweiser.