Fear of the 'Native' 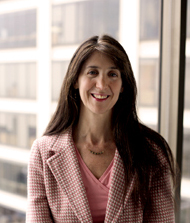 The last thing any­one wanted was to make responding to e-discovery de­mands more dif­ficult. Changes to the Federal Rules of Civil Procedure, introduced at the end of 2006, were supposed to make life easier for litigants compelled to produce electronic documents.

But some businesses hit with preservation orders are finding they are actually saving more documents than ever.

One problem is that under Rule 34, which governs the form of production for discovery, parties are allowed to request “native” file formats as well as copies of the original files. Allowing parties to review documents in the format in which they are created—the native format—lawyers can see much more detail, including things like the mathematical formulas used to produce spreadsheets or hidden document information. Other lawyers like copies, such as TIFF (tagged image file format) files, because they are easier to manage, but TIFFs don’t offer as much detail.

Rule 34 permits a requesting party to specify the form or forms in which it wants electronically stored information produced. But if a request is not specific, the responding party must produce it in the form in which it is ordinarily maintained or in a form that is reasonably usable.

In theory, parties should have to produce native files only when they are demanded. But in practice, some litigants—unsure of how to proceed—keep native files and copies, doubling their inventory. They may also increase their costs by acquiring extra storage or having to provide copies of the software applications that allow access to the native files.

Rule 34 was supposed to clarify things by making it explicit that native files are discoverable, something on which courts had disagreed. But aggressive use of the rule is causing some headaches because many vendors still can’t handle native formats.

“We’ve seen cases where parties are asked to produce both TIFF and native files, especially in requests from the government,” says Deborah Baron, director of corporate development with e-discovery firm Zantaz Inc. in Pleasanton, Calif.

Lawyers do have a way to avoid being forced into preserving an onerous amount of data. George L. Paul, a Phoenix-based attorney and author of the ABA book The Discovery Revolution, says lawyers can use the e-discovery pretrial conferences the rules created. Lawyers should have regular meetings to hash out complex issues such as what types of data need to be retrieved, how data should be presented, how much it will cost and who should pay for the recovery.

Paul, a partner at Lewis and Roca, also suggests lawyers use sampling—providing samples of the digital ar­chives to determine whether there might be relevant information there. “A smart lawyer should ask to sample [the archives] first so the court can de­termine if there is a gold mine of evidence there or just garbage,” Paul says.

U.S. District Judge Shira A. Scheindlin, whose rulings in her Southern District of New York courtroom helped shape the new rules, told attendees at the ABA Techshow last March that the rules are designed “to make this a collaborative effort.” She emphasized the need for conferences between the two sides and noted that judges have the power to sanction the uncooperative.

“If both sides want to play gamesmanship and fight over discovery, they don’t learn anything and maybe get in trouble with the judge,” Paul says. “But if you meet every few weeks and talk, discovery can work, even if you’re dealing with enormous volumes of data.”

Litigants need to head off their opponents before they get hit with burdensome requests. The new rules afford some protections, but only to parties that are active and involved in working with opposing counsel to find workable solutions.

“Customers are always asking us how to build a system that protects them,” Baron says. “The answer isn’t easy, but if you try to wrap your arms around your digital archives only when it’s time to go to court, it’s too late.”

Web extra: Rule 34 of the Federal Rules of Civil Procedure