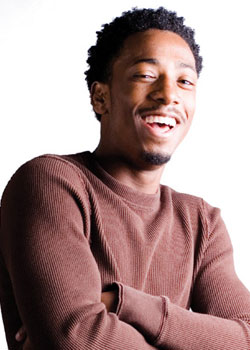 After 21 years of practicing the Socratic method at Capital University Law School, professor Floyd Weatherspoon decided to shake things up. Weatherspoon, who specializes in civil rights issues, teaches a seminar called “African-American Males and the Law.” Instead of lecturing his students about the problems he sees, Weatherspoon sent them into the field to find solutions.

“In the legal field there’s concern that law schools are too theoretical, that we’re not giving students practical experience,” he says. “I understand we need to teach the rule of law, but we’ve been working on issues in the justice system that still are not resolved.” Weatherspoon says his class gives students an opportunity to explore the issues with fewer biases and political pressures.

Weatherspoon’s diverse class of 12 students at the Columbus, Ohio-based law school tackled a variety of topics. One student explored the disenfranchisement of felons who lost the right to vote; another looked into the sentencing disparities that continue to exist for crack cocaine and powder cocaine offenses. And third-year student J. Thomas Siwo used the opportunity to take a class that “wasn’t all theory” to investigate the underrepresentation of black males in law schools. He concluded that the LSAT and the admission process are only part of the issue.

“We have to increase college enrollment of African-American males in order to increase enrollment in law school,” Siwo says. “And undergraduate institutions need to be held more accountable to help students successfully graduate from college.”

“I proposed mandatory recordkeeping—listing the reasons why they charged a defendant, and making it public record,” Spicer says. “Right now it’s difficult for a defendant to challenge charging decisions, and I hope legislators are encouraged to take a second look at the issue.”

Weatherspoon hopes so too. He plans to share the best papers with judges, legislators and practitioners who can influence policy.

“Hopefully, other law schools will look at this and say: Maybe we should get our students out of the classroom too.”