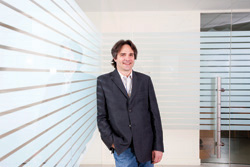 Consumers are becoming more interested in the appearance of things they buy, which has led to a dramatic increase in the number of design patent applications.

The IPWatchdog blog, quoting a World Intellectual Property Organization study, says design patent applications have been on the rise over the past decade, more than doubling from 344,700 in 2004 to 775,700 in 2011. The growth of applications is also increasing, with a rate of 13.9 percent in 2010 and 16 percent in 2011.

One beneficiary of the trend is IP firm Banner & Witcoff, which obtained more U.S. design patents than the competition for a 10th consecutive year in 2012—it procured 660, more than the next three firms combined.

“We have been active in design since the ’90s,” says Robert Katz, an IP attorney at Banner & Witcoff’s Washington, D.C., offices. “We did lot of work with Nike and Toshiba—design-driven clients—and other clients took notice and joined us.”

As products become more valued for their appearance, and as their appearance takes on an iconic look like Apple’s iPhone, the patent lawyer’s proverbial race to the courthouse is picking up steam.

“Design cycles work faster,” Katz says. One concern is the possibility of a design leak to the media in advance of a trade show. “You see the success of the technology blogs like Engadget or Gizmodo showing new products” before they’re introduced, Katz says.

In addition to staying ahead of the competition, the design patent lawyer is also trying to stay one step ahead of infringers, who are eager to produce a knockoff while the original is still hot.

In addition to product design patents, screen designs and icon designs for apps have become a very fertile field, Katz says. According to PC World in January, the total number of apps for Apple, Android and Windows mobile devices is more than 1.5 million.

Christopher V. Carani, a shareholder at McAndrews Held & Malloy in Chicago, says a watershed moment for the importance of design patents came in 2008 with the Federal Circuit’s en banc decision in Egyptian Goddess Inc. v. Swisa Inc., where the court eliminated the points-of-novelty requirement for actions involving infringement of patent designs.

“Egyptian Goddess was a major shift that brought more certainty to the test on patent design infringement,” says Carani, chair of the ABA Design Rights Committee and past chair of the American Intellectual Property Law Association’s Committee on Industrial Designs.

Meanwhile, the frontiers of design infringement may move from factories in developing nations to home PCs as 3D printing begins to flourish.

“It’s not a real problem yet” because the cost of materials is probably more than the costs of the item, Katz says, “but there could be certain areas where it ends up being problematic. … It could be a big problem 10 years down the road, but it is an issue we’re monitoring.”