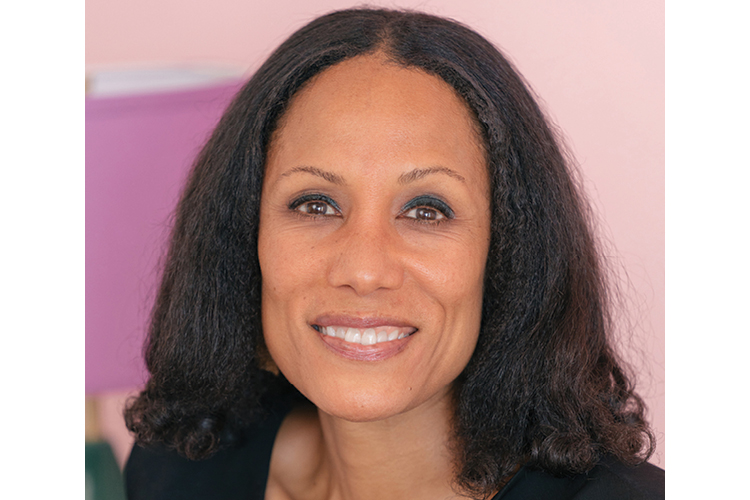 Being a sports star has never been more demanding. In addition to athletic achievements, these high performers also must excel in business, building personal brands that lead to lucrative endorsements, collaborations and content deals—that is, if they play the game right.

That’s where Los Angeles lawyer Nicole Duckett is there for the assist. In July, she founded Nikki Duckett Collective, a full-service legal consulting firm that provides holistic representation to ambitious elite athletes. It’s about global branding, savvy deal-making and long-term success—things Duckett already has spent decades achieving for her clients.

She did it as a managing partner at Milberg, where she practiced securities and business litigation. As a city commissioner, Duckett oversaw the Los Angeles Convention Center. Most recently, as vice president and general counsel of the Los Angeles Clippers, she negotiated one of the most lucrative regional television deals in NBA history and spearheaded deals involving Fortune 500 companies such as American Airlines. When she joined the Clippers in 2015, Duckett was the first Black woman to serve as a chief legal officer for any NBA team.

Q. The idea of providing holistic representation to top-tier athletes seems so timely. How did you develop the approach?

A. Over so many years working directly with athletes, I started to identify the fact that they work so hard, and several of them were very serious about their business outside of the court or the field, yet there seemed to be this gap—they were missing what was needed to take their businesses and brands to the next level. I could see that top-tier athletes have great agents, and some of them even have business managers. The agents and managers play a critical role, but what I wasn’t seeing was conscientious legal representation. I identified this as the missing piece to take these athletes as far as they could go. I had a wonderful experience at the Clippers, but I had reached the point in my career where I felt like I was the person to do this. I had decades of business law experience and almost a decade of sports law experience. Plus, I had the creativity and intuition that I knew was important to long-term success.

Q. I’m glad you mentioned creativity and intuition. It’s far more common for lawyers to want to talk about how they’re tough or hard-hitting. Do you have any hesitancy about stressing “softer” skills—or feel they could make you seem less “lawyerly,” especially as a woman?

A. I don’t because I know that I have the legal acumen and the hard-line experience to back it up. I was a partner in private practice, I worked at three of the most reputable law firms and went to court regularly and never lost a case. To know that I had all of that in my pedigree before I even went to the NBA, where I was able to not just survive but thrive as a woman—and a woman of color—for eight years, I knew I had already proven myself enough and had the track record to be able to then mention these other skills. I think these skills are important, and I want my clients to know that I think these skills are important. There are a lot of smart lawyers out there, but I don’t think they’re aware of the importance of creativity and intuition. They help you get the most of out any business deal.

Q. It seems like these deals are just getting more creative now that social media allows everyone to become their own content creators and really their own brands.

A. Athletes are becoming the CEOs of their own brands, and they all know that this is an option for them now. You have to be creative and think outside of the box. What kinds of brands is my athlete interested in? What kinds of brands will partner with my athletes to support their brand and stay true to who they are? And on the back end, you need the legal acumen to make sure we get the most out of every deal. You’re seeing athletes getting equity out of their endorsement deals now, and I really feel that the narrative is changing. I am excited to be working with athletes in other sports, and I am also excited about the ability to work with women, which was something I wasn’t able to do previously.

Q. Well, I hope that you are able to get them a level of equity equal to what the men get! I have been following the pay equity issues in soccer, and it’s been really eye-opening.

A. That’s really my goal. I want to see people invest more in women’s sports, and I think the way to do that is to help women athletes get more out of their deals.

Q. I would think you would be an inspiration to your women clients because you know what it’s like to operate—and excel—in two male-dominated arenas: BigLaw and sports law.

A. Becoming a partner at a large law firm and securing and then succeeding in the position of a chief legal officer at a sports team would be difficult for anyone, but even more so for a woman and a woman of color. I knew early on that it wasn’t going to be an easy ride. I knew that I’d have to work a little bit harder, so I did. From the very beginning, I just grinded it out. I insisted on excellence from myself, and I continued to push to achieve my career goals. I didn’t know initially I would end up in sports. When Steve Ballmer bought the Clippers and was looking for a new lawyer, I didn’t know that was happening. In fact, I may have been the only lawyer in Los Angeles who didn’t throw their hat in the ring for that job. I found out later that around 1,000 lawyers applied.

Q. What made the Clippers execs look at your experience in securities and business and think, “That’s the perfect fit for our basketball team”?

It was really about Steve’s vision for the team. He wanted the Clippers to be a good team on the court, and his main goal was and has always been to win a championship. But he had a real interest in rebranding the organization beyond Los Angeles. For example, NBA teams were becoming huge brands in China, and he wanted to expand that international reach. They were looking for a general counsel who would be a business adviser as much as a lawyer, and the background that I had was a little different than the straight-sports lawyers. They were intrigued, and that’s what got me the job. They wanted a GC with business, litigation, commercial, securities and courtroom experience who could handle the magnitude of the things that came across the desk of the GC.

As general counsel of the Clippers, you were involved in headline-making matters on a regular basis. What would you say to people who asked you about your job? I imagine you were the most popular person at cocktail parties—more so than when you were involved in securities litigation.

You’re right! I’ve never been accosted at a cocktail party to talk about securities litigation. A lot of times, people would say, “What’s the scoop?” Then I very nicely would say, “I can’t disclose any insider information.” At the end of the day, the Clippers were my client, and protecting them and their interests was always my priority. No matter how much the person at the cocktail party wants to hear inside information, I am not going to be able to share—I just deflect. On the flip side, I enjoy the fact that there’s a common joy that people are excited to talk about. One time I was walking my dog, and my neighbor came up to me and asked, “What do you think is going to happen at the game tonight? You have the best players and the best owner—it’s so exciting!” I remember that was a great moment for me, being able to share with a neighbor the excitement over the team. People get really excited about the NBA.

Q. Your father was an oil executive, and you grew up living all over the world. Do you think this diverse background and just the fact that you moved a lot helped you develop your creativity?

A. Absolutely. I feel like having to move every few years and adapt to foreign cultures expanded my creativity and my ability to think in an innovative manner. I also think it helped me develop my intuition. When people look differently than you, they speak differently than you, it’s intuition that I called upon to help me thrive in different cultures. It’s a skill that’s served me well through my entire career. I might be having a meeting with the owner of the Clippers, and that’s a very different conversation than meeting with someone who’s an athlete in their 20s who doesn’t have a lot of business background. I am able to make everyone feel seen and heard, and I believe my background helped me develop those communication skills.

Q. What do you do for fun outside work?

A. I am an avid hiker and yogi, and I meditate every morning. I use the time to create a quiet space in my mind for at least a few minutes before I start my day—before the thoughts come rumbling in. I also just wrote a children’s book, and I am in the process of getting that published. It’s a story about a young girl who has an experience that is jarring and sort of tragic at first, but ultimately, it teaches her a life lesson about evolving and the importance of embracing others. I haven’t found an illustrator yet, but I am working on that right now.

Q. I feel like your life could be a book—or a movie or a TV series. Seriously, someone needs to call Shonda Rhimes. Has anyone said that to you before?

A. A couple years ago, I was in Paris having coffee with a friend, and I don’t remember what story I was telling him, and he said, “Your life could be a Netflix series.” But if you could get Shonda Rhimes to make a series out of my children’s book, I’d love that!

This story was originally published in the December 2022-January 2023 issue of the ABA Journal under the headline: “Full Court Press: Former NBA lawyer is changing the game with holistic legal consulting for athletes.”