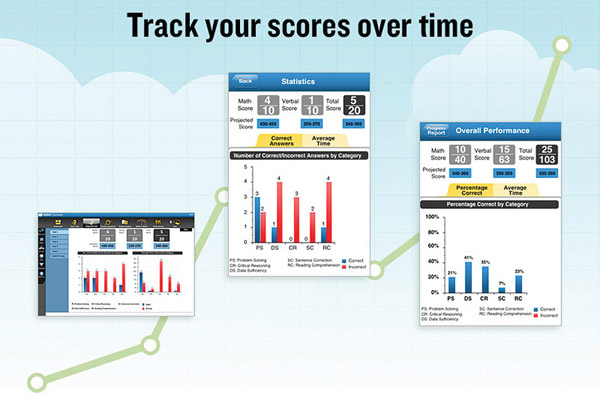 Studying for the LSAT might not call to mind words like “fun” and “social,” but developers of an iPhone app have made an attempt to forge such associations.

In addition to offering users review material, test-taking tips, practice questions and mini-tests, LSAT Connect makes use of social networking to let aspiring lawyers know exactly where they stand. Users can see how well everyone else has done on a practice test, for example, so they know where they would land on the curve. And they can play competitive games with peers around the world who are studying for the same test.

They’ve also built in a feature through which students in a geographic area can create study groups. “If I am going to a Starbucks every Saturday at 3 o’clock, I can send an event out, and anyone else who is around can join me,” says developer Ashish Rangnekar.

On the fun side, in addition to meeting new coffee buddies, the app features a “chill out” button that allows one to watch a humorous You Tube video or read education-related jokes. “It’s a high-stakes exam, but this allows them to be a little lighthearted,” he says.