Gaming the System? Inside the 'Texas two-step' strategy profitable companies use to file for bankruptcy 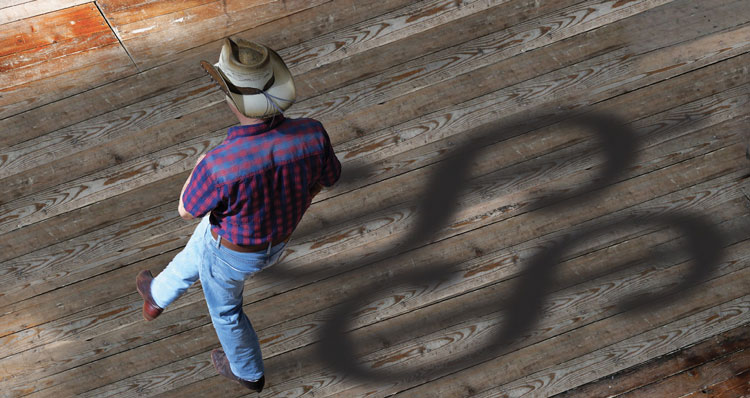 Attorney Leigh O’Dell is strongly opposed to Johnson & Johnson’s attempt to halt thousands of civil claims over liability for its products by moving them from civil to bankruptcy court.

O’Dell says the otherwise solvent health care company’s use of a Texas law to place one of its subsidiaries in bankruptcy is “just wrong.”

“It undermines a plaintiff’s ability to vindicate their rights in the court system and the fundamental right to trial by jury,” says the Beasley Allen shareholder, who represents thousands of women alleging J&J’s baby powder or talc products have given them ovarian cancer.

And O’Dell is not the only lawyer crying foul. Others argue that otherwise solvent companies and other organizations are misusing the bankruptcy courts to shield their assets and avoid accountability in civil court. In recent years, Purdue Pharma, USA Gymnastics and Boy Scouts of America also have filed for Chapter 11 bankruptcy to avoid civil liability.

But it is J&J’s use of a 1989 Texas statute on divisive mergers that is facing scrutiny in federal courts and in Congress. Some lawmakers want to end the use of the legal move nicknamed the “Texas two-step.” The law allows a company to incorporate in Texas, restructure with a “divisive merger” and split into two or more entities. The company is then free to file for bankruptcy in the jurisdiction of its choosing. Delaware has a similar law.

In 2021, J&J used the Texas law to spin off a subsidiary facing the litigation, Johnson & Johnson Consumer Inc., into two new business entities. In one of the new entities, J&J placed all of the subsidiary’s liabilities related to talc. It put the subsidiary’s nontalc assets and liabilities in the other. The new entity saddled with the liabilities, LTL Management, then filed for bankruptcy, putting more than 35,000 claims against J&J in civil court on hold. In some cases, plaintiffs with cancer were about to go to trial, O’Dell says.

Critics have likened this maneuver to a fraudulent transfer, though Texas law makes it legal. But other legal experts say it protects companies with mass tort liabilities from crumbling under potentially unforeseen and insurmountable litigation costs.

O’Dell has won more than $2.9 billion in damages for five women in suits against J&J. She says the company is trying to cap its financial exposure, allowing it to reap all the benefits of bankruptcy without the disadvantages.

“You’re talking about Johnson & Johnson having a credit rating that’s equaled by Microsoft. It’s better than the U.S. government’s,” O’Dell says. “When you have this separation of liabilities from the assets that would have been available to a plaintiff in litigation, that is undermining the plaintiff’s claim and ability to recover.”

Paul H. Zumbro, a bankruptcy attorney with Cravath, Swaine & Moore, understands that people with pending civil cases will feel aggrieved. He likens plaintiffs in jury trials to people in a lottery, where some win big money verdicts and others walk away empty-handed. That can’t happen in a bankruptcy, Zumbro says, adding that in some cases, the bankruptcy system is a fairer and more efficient way to resolve mass tort cases. “There’s a fundamental principle of bankruptcy that everybody is entitled to the same recovery.”

University of Georgia School of Law professor Lindsey Simon wrote a paper published in the Yale Law Journal this year called “Bankruptcy Grifters” about how more companies are turning to bankruptcy courts to resolve mass tort litigation. She agrees there are upsides for both creditors and debtors.

“Bankruptcy courts are designed to maximize value and distribute things as fairly as possible,” Simon says. “While the individual’s voice is small, I challenge people to say how much of a voice they have in a mass tort case. I suggest it’s not that big.”

And corporate bankruptcy expert Anthony J. Casey of the University of Chicago Law School notes that J&J has said it will provide funding for plaintiff-creditors based on a bankruptcy court’s determination of how much the subsidiaries are liable for. LTL also will create a $2 billion trust.

“That makes this merger not a fraudulent transfer and really leaves the creditors no worse off. In one sense, they’re better off because now they have an automatic promise that Johnson & Johnson will back the payment,” Casey argues.

The Official Committee of Talc Claimants filed a motion to dismiss J&J’s Chapter 11 filing, saying it was filed in bad faith. But in February, U.S. Bankruptcy Judge Michael B. Kaplan sided with J&J, agreeing that bankruptcy court was a suitable venue for the plaintiffs to get an equitable and efficient resolution of their claims. Because of an impasse in settlement negotiations, Kaplan could yet allow some tort claims to move forward in state court. But at a July hearing, he did not seem amenable to doing so, the Wall Street Journal reported. He is expected to decide the issue at a later date.

The 3rd U.S. Circuit Court of Appeals in Philadelphia took up four appeals against J&J in May. O’Dell is hoping the court will rule that the filing is part of a litigation strategy and throw out the bankruptcy petition. In June, the Justice Department filed an amicus brief with the 3rd Circuit accusing J&J of misusing the bankruptcy code and said its filing was a “weapon against tort claimants rather than a good-faith means of reorganization.”

According to Simon, the worst-case scenario for companies such as J&J is they get kicked out of bankruptcy court. “The upside is massive, because they can regain control over the whole landscape of litigation,” she says.

Ending the practice altogether would require a U.S. Supreme Court ruling outlawing the maneuver or changes to the bankruptcy code, Simon explains.

House and Senate Democrats have proposed a piece of bicameral legislation, the Nondebtor Release Prohibition Act of 2021, which would make two changes. First, it would bar companies from filing for bankruptcy for at least 10 years after they restructure using a divisive merger. Second, it would prevent nonconsensual third-party releases like those used in the Purdue Pharma bankruptcy plan for claims arising from the opioid epidemic. The circuits are currently split on the issue of whether the releases are permitted.

Those releases mean creditors and future claimants can’t sue members of the Sackler family, who founded Purdue Pharma, in civil court. Some experts are expecting J&J to seek third-party releases as part of a bankruptcy plan, which means plaintiffs and creditors would not be able to hold the parent company liable.

Zumbro argues the legislation is too sweeping and could have unintended consequences.

“The issue about a fraudulent transfer of assets away from creditors is already addressed by existing [state and federal] laws. I don’t think any new barriers to bankruptcy are necessary or appropriate to deal with this issue,” Zumbro says.

“Troubled companies, including those with mass tort liabilities and other claims giving rise to crushing litigation costs and seemingly endless assault on the judiciary’s time and resources, should be able to avail themselves of the flexible tools required to accomplish a successful reorganization, with the bankruptcy court serving as a gatekeeper protecting all interests at play,” Vasser wrote.

Earlier this year, Maclay told the U.S. Senate Committee on the Judiciary that in the 4th U.S. Circuit Court of Appeals in Richmond, Virginia, a finding of bad faith is not enough to prevent companies from moving forward with their bankruptcy petitions.

Because of the legal precedent, judges’ hands are tied, he said.

“When there is such a widely used scheme where the wealthiest corporations go into bankruptcy to disadvantage some of their disfavored creditors, that is a universal problem that, I would submit, calls for a universal answer,” Maclay said.

And retired bankruptcy judge Judith Klaswick Fitzgerald says after restructuring in Texas, companies have the freedom to reincorporate in a jurisdiction where they believe their bankruptcy petition will have the best chance of success.

“Debtors tend to like the 4th Circuit because motions to dismiss are hard there. That’s not true in some other circuits,” including the New Orleans-based 5th U.S. Circuit Court of Appeals, Fitzgerald says.

There are other downsides for creditors, because they don’t have as much leverage in bankruptcy proceedings as they do in civil court, Casey says. And in bankruptcy, unlike in civil trials, there are no findings of wrongdoing, Simon adds.

“When you’re talking about an opioid victim or someone dying of ovarian cancer, you’re forced to deal with what it means to be a creditor in bankruptcy when really you’re inherently a plaintiff trying to stop a wrongdoer,” Simon says. “It’s the collision of two systems.”