Have Law, Will Travel 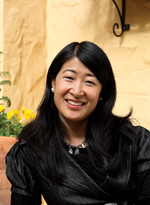 As General Counsel of Porsche Cars North America, Patricia Britton has her own way of downshifting on expenses while staying up to speed on legal matters.

Instead of farming out routine work that her small legal department cannot handle, Britton has chosen to bring an FSB Corporate Counsel lawyer into Porsche offices in Atlanta to do the work.

FSB Corporate Counsel, also in Atlanta, is one of a new breed of law firms selling highly targeted legal services to small businesses, startups and understaffed corporate legal departments. And the service seems to please both general counsels and the lawyers they hire.

The business model for firms like FSB is based on the simple premise of offering highly experienced lawyers to work at a fraction of the cost of big-firm lawyers on discrete projects or on an as-needed basis. The lawyers—it might be too cute to call them exceptionally trained temps—work for firms in their home office’s geographic area. Their clients provide the office space, phone services and equipment—the costs other law firms would have to figure into their billing rates.

So far, at least seven of these new model of law firm exist in the U.S., and several more have opened in London. In addition to FSB, the U.S. firms include Axiom Legal in New York City, San Francisco and London; Outside GC in Boston; GCA Law Partners in Mountain View, Calif.; the General Counsel Ltd. in Minnetonka, Minn.; the Phillips & Reiter Law Firm in Houston and Austin, Texas; and Paragon Legal Group in Burlingame, Calif.

So how can they do this? no overhead, says Mark Harris, the New York City lawyer who co-founded Axiom Legal.

Instead of operating under the traditional law-firm pyramid, these new firms have removed the bulk of the costs associated with that management structure, including young-lawyer training, office space rentals and leverage-based finances, Harris says.

Most of the firms hire only partner-level attorneys who integrate themselves directly into the clients’ offices by taking advantage of technology or working on-site. As a result, Harris and others say they can charge 50 percent to 75 percent less than the average associate from a large law firm.

“We thought that we could flatten that pyramid and eliminate 90 percent of the overhead,” says Harris.

For lawyers, the business model is equally alluring. Mae O’Malley started Paragon Legal in Silicon Valley last year as a way of providing working-mother attorneys high-paying, interesting work with flexible schedules. She now has 25 lawyers on her roster, each of whom has at least 10 years of experience at large law firms and in the in-house capacity. O’Malley also has found a steady flow of work providing fill-in general counsel services or legal services on discrete projects from marquee technology-sector clients.

Axiom Legal reports similar demand. Harris says his company’s roster now has more than 170 attorneys, most of whom come from top-tier law schools and have significant experience with the biggest firms in the country. The lawyers are clamoring for saner lifestyles and are willing to trade money for hours. However, Harris claims the average Axiom attorney still can earn in excess of $200,000 annually.

No firm would disclose actual billing rates, but many of them are providing alternative billing arrangements. Harris claims his firm grossed more than $31 million last year.

Porsche’s Britton says she was initially skeptical of FSB’s sales pitch, but her experiences with the company have made her a devoted client.

Britton has a handful of lawyers at firms around the country whom she turns to for specific legal needs like motor vehicle law and product liability. Before this legal services model was presented to her, Britton felt she had little other choice but to turn to one of the large outside firms she used for specialty matters to provide her with a lawyer to help with Porsche’s everyday corporate legal work. But Britton says she was never happy with the result because of the high billing rates.

The FSB model “is a better model for me doing routine legal analysis,” she says.

Of equal importance to Britton is the fact that FSB lawyer Kimberly Verska comes to work at Porsche’s headquarters, so she has a better understanding of the company’s business and operations. Verska works mostly on privacy matters for Porsche.

For Verska, a Harvard Law School graduate who worked at two large Atlanta firms before joining FSB, the chance to work with a client at its offices is part of the appeal. “It is always nice to feel so close to a client,” she says. “Most firms have a hard time with placing secondments because of the pricing.

“It really helps to be on-site because the sales guys get to know you and you get to know their hot buttons. It allows a continuity of care,” she adds.

Porsche has a fair amount of work in the privacy area related to its Web site, direct merchandising and marketing, so the company needs someone who is well-versed in privacy law to handle these matters. But, Britton adds, these are not the kinds of matters that merit the cost of a high-priced, big-firm partner; nor does she have enough of a budget to add another lawyer to her legal department.

“I am not saying that this is easy work. To get a good privacy policy, you need someone who knows what they are doing. This lawyer knows what she is doing and has a good business sense,” Britton says. “I just don’t want to pay $600 an hour for it.”

Like Britton, Ari Buchler values the ability that these new firms provide in an outside lawyer to integrate into the company. Buchler is the senior vice pres­ident, general counsel and secretary of Phase Forward, a Waltham, Mass., software development company. He has been using Outside GC lawyer Diane Pyron as an extension of his two-person legal department, particularly for legal matters that affect the company’s sales, marketing and business development efforts.

Outside GC has a roster of 13 lawyers, all with at least 10 years’ experience earned at a combination of large law firms and either a venture-backed or publicly traded company, says William Stone, who launched the com­pany with partner Jonathan Levitt in 2002.

Buchler says Pyron has more business savvy than other lawyers with similar experience because of her background. “Aside from their substantive experience, [the Outside GC attorneys] also know how to work with our customers and our sales teams,” Buchler says. “It’s a skill to get that work done.”

He also finds the lawyer’s work coming at a bargain price. “We get a 15-year lawyer at a 25 percent or more discount to a junior lawyer at a law firm.”

Pyron says the arrangement is just what she has been seeking in a career: a chance to continue to do sophisticated legal work but control her own schedule. She typically works about 40 hours a week for several clients in the high-tech sector doing licensing agreements, partnership agreements, development deals and other work.

“I have been an attorney for 16 years, so Outside GC can leverage our experience” with clients, Pyron says. “We are not positioned as contract attorneys. The lev­­el of sophistication and experience expected of you is pretty high.”

The new-model law firms are banking on more and more general counsel seeing this value. Harris believes current market forces, including skyrocketing lawyer salaries and billing rates, will continue to fuel demand for their brand of lawyering.

“In the end, it all comes down to a problem among large law firms of not being able to provide quality legal services for a reasonable price anymore,” says O’Malley, founder of Paragon Legal.

And despite the growth of these new-model firms, their leaders say they don’t pose a threat to the traditional large law firm because they are filling a specific niche most large firms are loath to enter.

And as Porsche’s Britton notes, law firms will always have their place working for businesses. “But for gen­eralists, this is a model whose time has come.”

Links to the Web sites of these new-model firms: