How to turn a career sabbatical into a permanent lifestyle 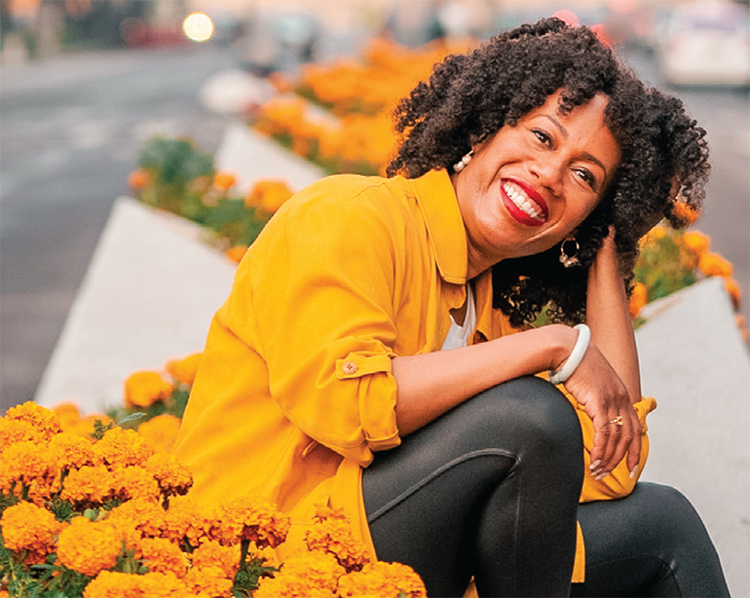 In 2018, San Francisco lawyer Roshida Dowe found herself at a crossroads. A corporate restructuring had eliminated her position as in-house counsel for a subsidiary of Uber, and local opportunities in her niche practice area, consumer auto financing, were few and far between.

Faced with finding a new job and the likelihood of a move to another city, she decided to take a break. She put her belongings in storage and set off to explore the world.

That first year, Dowe visited 23 countries and 44 cities. Now, four years later, she has yet to return to California—or to the practice of law.

Dowe now runs her own business specializing in sabbatical planning for professional women. From her new home base in Mexico City, she helps her clients envision, plan and embark on the adventures of their dreams. But not too many clients. Dowe refuses to return to the fast pace of billable hours and looming deadlines. Instead, she spends her days doing whatever she pleases. Whether that’s traveling, shooting a video for her YouTube channel or just lying on her living room couch, Dowe is determined to enjoy her life—unplugged, unscheduled and, most of all, unstressed.

Q. How did you get the idea to take a sabbatical?

A. When my job was winding down, I was talking to my therapist—we’d been talking about how stressful work was—and she asked me what I’d like to do. I said I’d really like to travel for a year. But it didn’t seem possible. I mean, I was a yoga teacher, and I knew that some of my students—young people—had done it, but I thought, “I’m an adult, and adults can’t do that.” But one day, I checked my bank account and my investments, and I thought, “I actually think I can do this.” But then the next day, I was like, “No, I can’t do this.” So I kept applying for jobs, even though they all seemed terrible. I told my therapist, “I’ll get a job and just work for one year, and then I’ll take the time.” But she was like, “You’re lying to yourself. If you don’t go now, you won’t go.” She wasn’t wrong.

Q. And you never looked back?

A. Still to this day, I have friends and old co-workers sending me job descriptions. They still think I am coming back—but no, baby, I am not coming back!

Q. But when you first left, you were still planning to come back, right?

Q. What was it like to not work? Was it weird?

A. The first month, my body was adjusting to not working at a fast pace. It took about six months for my mind to unwind and catch up to my body. Then I realized I don’t want to voluntarily work for anyone else again. When you’ve done a job that values your time more than your output, your time becomes the thing of value, and it’s hard to get away from it. Even after all the time I spent in-house, there was still pressure. Now I live a life where I can take a month off at a time, and I don’t have to explain anything. If I want to check my email, I check my email. If I don’t, I won’t. For example, I took all of December off. Although I have to admit, even though I live a life where I don’t work a lot, the first few days I was like, “What’s happening?” But then I went to Antarctica. By that time, I had been away from my phone and computer so long, I stopped thinking about it.

Q. Let’s talk money. How much does it cost to take a year off and travel?

A. It typically costs less than you think. I traveled the world for a year and did it for $36,000. I have a friend who did it for $14,000, but she stayed in hostels. I stayed at Airbnbs and nice hotels.

Q. So you you’re not, like, roughing it or backpacking?

A. No, I am a maximalist. I travel with a rolling carry-on and a half-full large suitcase, so I have room for souvenirs. When I went to China, I tried to bring just a carry-on to see if I could do it, but I realized that I am not a carry-on-only person. I love the little luxury of checked bags.

Q. You now live in Mexico City. Why didn’t you go back to California?

A. I knew I didn’t want to go back to my old life, and at some point, I realized that I could pretty much live anywhere I chose. I love Mexico City. They have all the big-city amenities that I want, especially the restaurants and museums.

Q. Your YouTube channel is amazing. Did you have any experience that prepared you for creating social media content?

A. Not at all. I never did anything like that before—I worked in an office all day! When I first started traveling, a friend suggested I make a video every day, and I did for a few weeks. In the beginning, they were terrible, but they’ve gotten a lot better, and today, four years later, I have a pretty powerful community. When you are a creative content creator online, though, you open yourself up to people who don’t understand or don’t approve or are negative and have something to say. A lot of people feel the need to comment because I have rejected a lot of the things that we’ve been told by society that we need to do, like “work until you retire.” People give me such negativity about it! They say, “How can you retire from life?” What does that even mean? There’s this idea that if you’re not creating and producing, your life has no value. That’s one of the things my clients struggle with the most: If I am not producing this widget, who am I?

Q. I have to ask: Are you happy? Or maybe the better question is, are you happier?

A. I am significantly happier. I feel so much lighter. All of my choices support the life that I want, and I don’t have to explain anything to anyone. Even with my business, I work when I want to work.

Q. Speaking of your business, what’s next? Have you set goals for the future?

A. Right now, I am finishing a new website—roshidadowe.com—and a rebranding. My goal is to help more women find their freedom by leaving jobs that don’t deserve them. I want to help women who feel like they don’t have a way out of corporate America to find a way out, whether that’s an 18-month plan, a three-month plan or a quit-today plan. It’s more difficult now than it was before COVID, but it’s still possible. It’s hard to grasp giving up the security of a job and a paycheck. It’s hard leaving what you know. But what’s out there is pretty awesome.

This story was originally published in the June/July 2022 issue of the ABA Journal under the headline: “The Escape Artist: Or how to turn a career sabbatical into a permanent lifestyle.”