How Did They Get It So Wrong? 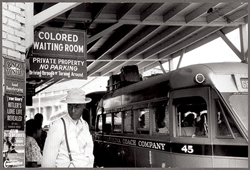 What are the worst decisions of the U.S. Supreme Court? Historians and court scholars agree on a pair of 19th century opinions: Dred Scott v. Sandford, the 1857 ruling that upheld slavery even in the free states, and Plessy v. Ferguson in 1896, which condoned segregation as “separate but equal.”

The World War II decision Korematsu v. United States (1944) is usually cited as well. There the court upheld the detention of more than 110,000 Japanese-Americans.

After that, it depends on which side of the political aisle the experts occupy. Liberal court observers pick Bush v. Gore, as well as decisions viewed as setbacks to civil rights. Conservatives, meanwhile, point to the abortion rulings and those that widened the church-state separation.

The debate was prompted by the publication last year of the book The Dirty Dozen: How 12 Supreme Court Cases Radically Expanded Government and Eroded Freedom. It was written by two prominent libertarians, Robert A. Levy of the Cato Institute and William Mellor of the Institute of Justice. The pair surveyed 74 “like-minded legal scholars” who agree the court has all but abdicated its duty to protect “economic liberties” and “property rights.”

REACHING BACK TO DISTANT PAST

The list is long on depression-era rulings that gave the government more power to regulate the econ­omy. For example, they condemn Helvering v. Davis, the 1937 decision that upheld the Social Security system. They complain the court erred when it gave Congress the power to collect and spend tax money for old-age pensions.

Others echo the news of the day. They describe as “appalling” 1934’s Home Building & Loan Association v. Blaisdell, which upheld a state moratorium on home foreclosures. The result was “a near obliteration of the contracts clause,” they say. It was not a total oblit­eration, and this issue could return someday soon, as the government struggles to cope with the current foreclosure crisis.

Levy and Mellor are more likely to provoke debate over the recent rulings they cite. In 2005, the court pushed the outer limits of the commerce clause in Gonzales v. Raich, which upheld the power of federal agents to seize homegrown marijuana from two California women who used it as medicine to relieve pain. State law permitted patients to use marijuana with the recommendation of a physician, and the women had neither bought nor sold the marijuana.

Nonetheless, the 6-3 majority agreed their use of marijuana at home could have a substantial effect on interstate commerce. The justices relied on Wickard v. Filburn, the 1942 New Deal-era ruling that upheld a $117 fine levied on Roscoe Filburn for growing too much wheat for use on his farm and for his family.

“In the aftermath of Raich, it is difficult to know what congressional action, if any, could ever exceed the scope of the interstate commerce clause,” Levy and Mellor write.

Then there is the 1996 case of Bennis v. Michigan in which Tina Bennis had the double misfortune of losing her Pontiac after her husband was arrested in it accompanied by a Detroit prostitute. As an innocent owner whose property had been taken, she challenged the forfeiture as unconstitutional. She lost in a 5-4 decision in which the court essentially concluded that the car was properly seized because it had been utilized in wrongdoing.

“Why the Supreme Court should yield to the use of arbitrary police power that takes the property of innocent persons without a hearing is a mystery,” wrote Uni­versity of Chicago law professor Richard A. Epstein.

And how about 700 owners—many of them couples nearing retirement—who bought wooded lots above Lake Tahoe and later complained their property had been taken without compensation? They planned to build homes, but the planning commission declared a moratorium on building over fears the lake was being damaged by runoff. In 2002’s Tahoe-Sierra Preservation Council Inc. v. Tahoe Regional Planning Agency, they lost their right to compensation when the court ruled a building moratorium does not take property, even if it lasts for years.

Not surprisingly, Levy and Mellor also cite Kelo v. City of New London, which gained instant notoriety in 2005. As Justice Sandra Day O’Connor wrote in dissent, “The specter of condemnation hangs over all property. Noth­ing is to prevent the state from replacing any Motel 6 with a Ritz-Carlton, any home with a shopping center, or any farm with a factory.”

City officials were willing to pay Susette Kelo for her home—indeed, pay more than its worth—but she refused to sell. The Fifth Amendment says private property may be seized for “public use,” and in a 5-4 deci­sion the court agreed with the city that clearing land for private economic development amounted to a public use. Levy and Mellor say private use is not public use.

But libertarians shouldn’t have all the fun. a dozen law professors and court experts surveyed last year by the Los Angeles Times were asked what decisions of recent decades were the worst. Conservatives and liberals supplied quite different lists, but both tended to be in agreement among themselves.

For conservatives, the abortion rulings—Roe v. Wade (1973) and Planned Parenthood v. Casey (1992)—were cited by nearly all. Chapman University School of Law Dean John C. Eastman, once a clerk for Justice Clarence Thomas, said Roe combined “outcome-driven reasoning and bad history with a lack of judicial authority to enter an inherently political question.”

Beyond Roe, there were frequent mentions for Bou­mediene v. Bush, the 5-4 ruling in June that extended the right to habeas corpus to the prisoners at Guantanamo Bay. The Kelo decision on eminent domain was cited by conservatives, too.

Several also mentioned Everson v. Board of Educa­tion from 1947, in which the court for the first time adopted Thomas Jefferson’s view that the First Amendment erected “a wall of separation between church and state.” Others cited later rulings that applied that principle, including 1992’s Lee v. Weisman, which prohibited public schools from inviting clerics to give invocations at school events.

For liberals, Bush v. Gore stands alone as the worst decision of recent decades. Law professor Goodwin Liu of the University of California at Berkeley described it as “utterly lacking in legal principle” and added the court “was remarkably unashamed to say so explicitly.” He noted that the unsigned opinion said the ruling was “limited to the present circumstances.”

Four other decisions were given dishonorable mention by several on the liberal side. One was Parents Involved in Community Schools v. Seattle (2007), the 5-4 ruling that struck down as unconstitutional school in­tegration policies that seek to maintain a racial balance in schools.

Bowers v. Hardwick (1986) was not forgotten, even though it was overruled in 2003. The original decision had upheld the prosecution of gay men for having sex at home.

Third was McCleskey v. Kemp, which in 1987 upheld the death penalty in Georgia, despite statistics that indicated a pattern of racial bias. And fourth was San Antonio School District v. Rodriguez of 1973, which held that education is not a fundamental right protected by the Constitution. The 5-4 ruling upheld an unequal school funding system that relied on property taxes. Yale Law School professor Jack Balkin said the decision had “important long-term effects” and “effectively announced the end of the constitutional protections for the poor.”

In addition to Dred Scott and Korematsu, two deci­sions earned crossover status, cited for dishonorable mention by both liberals and conservatives. One was Raich, the case of the homegrown marijuana, having also made the Dirty Dozen list.

Then there was Buckley v. Valeo, the landmark 1976 ruling on money in politics. Limits on contributions to candidates were upheld as constitutional, while spending limits were struck down as unconstitutional. Buckley is also unique, since several justices have said it should be overruled, but for different reasons.

Justices Thomas, Antonin Scalia and Anthony M. Kennedy have said free speech should prevail and con­tribution limits should be struck down. To Justice John Paul Stevens, “Money is property. It is not speech.” He has also said the court should uphold limits on campaign spending.

As to what makes a rotten decision, those inter­viewed could only speculate.

“It’s hard to say what makes a decision bad,” says Yale’s Balkin. “It could be an incorrect reading of pre­cedent, a mangling of history, or a failure to exercise judgment and understand the long-term consequences of a decision.”