Images can be powerful storytelling tools 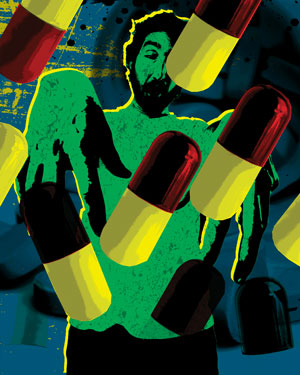 I often wonder why, assuming court rules permit it, lawyers don't incorporate more visual images—photographs and diagrams, including depictions of exhibits introduced at trial—directly into their briefs and court filings, especially after this type of evidence is introduced at trial.

The technology is readily available and in many instances a picture is truly worth a thousand words. Sometimes it may even be advantageous for lawyers to strategically introduce visual evidence at trial so that it can later be incorporated into appellate briefs.

Photographs, while shot from a particular perspective, are typically just as subjective as verbal descriptions. Yet at trial, they often seem incontrovertible because the intentions and, indeed, even the identity of the image-maker are not readily apparent. With photographic presentations, unlike testimonial presentations, the photographer stands outside of the frame of the image.

There is perhaps a more subtle reason why images are powerful tools of persuasion in legal storytelling. As film theorists have observed, images placed in sequence (in a montage) create an independent visual logic. And we all share a psychological predisposition to “see” causality when images are placed next to one another. We connect discrete yet related images placed in sequence into a story.

Educational psychologist and lawyering theorist Jerome Bruner noted that we are hardwired almost from birth to have impressions of, and predisposed to have beliefs in, causal relationships between events placed in sequence, particularly when these events are embodied and realized in visual images.

Daniel Kahneman, the Nobel Prize-winning behavioral economist I’ve written about in this column before, describes a classic experiment by psychologists Fritz Heider and Marianne Simmel: Subjects watched a short film (one minute and 40 seconds) of geometric shapes (a large triangle, a small triangle and a small circle) moving around a schematic diagram that appears to be a house with an open door. The subjects made up complex stories attributing character and identity to the various shapes, and intentionality and causality to their movements. 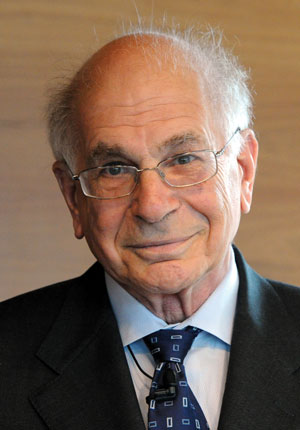 Kahneman summarizes: “Viewers see an aggressive large triangle bullying a smaller triangle, a terrified circle, the circle and the small triangle joining forces to defeat the bully; they also observe much interaction around a door and then an explosive finale.” That is, the subjects construct a complex causal plot as if they were an audience watching a movie at the cinema. Kahneman concludes, akin to Bruner, that “the perception of intention and emotion is irresistible.”

This clearly identified psychological predisposition to project stories upon visual images in sequence is, perhaps, one of the reasons why we so easily become lost in movies—just as we are transfixed by and often assign deep meanings to the images embodied in our dreams. How we connect images into narrative is the basis of montage theory in cinema: Moviemakers are especially adept at anticipating how viewers make causal leaps, filling in gaps between images and constructing a complex visual story logic.

Making the right visual editing “cuts” between images is crucial for successful filmic storytelling. A famous film editing dictum is “1+1 = 3.” In other words, images placed into sequence are far more than merely the sum of their parts; movies link the imagination of the filmmaker with his or her audience.

Artful advocates typically attempt to evoke the power of images in creating a strong visual logic in the theater of courtroom advocacy. Likewise, in legal briefs, lawyers may emphasize visual imagery, evoking a narrative, without directly relying upon photographs or pictures. Sometimes the use of even a single, powerful visual image captured in language can make the story presented in a brief’s statement of facts come alive. This image can then be recycled and transformed in the legal argument itself. The power of vivid imagery once captured and presented can serve as what Barry Scheck, co-director of the Innocence Project, has referred to as “the emotional pivot” of an argument, transforming a flat description of facts into a compelling story.

For example, in a post-conviction brief in the 1992 U.S. Supreme Court case Riggins v. Nevada, the core issue was whether the defendant was denied due process when he was placed on trial after being “forced to ingest high dosages of the antipsychotic drug Mellaril” over the objections of his attorney. The brief begins evocatively:

“Petitioner David E. Riggins is presently under sentence of death after he was so heavily drugged by the state of Nevada that he appeared like a zombie throughout his trial. Despite Riggins’ objection while competent to receiving medication during his trial, and despite substantial evidence that Riggins would have been competent to stand trial without medication, the state of Nevada forced Riggins to ingest extremely high dosages of the antipsychotic drug Mellaril each day of the trial. The medication sedated Riggins; it made him appear apathetic, uncaring and without remorse. Riggins was therefore prevented from presenting the best evidence he had—his unmedicated demeanor—to support his only defense: that he was legally insane at the time of his crime.”

The story turns on the emotional pivot of the visual image of Riggins captured in a single word—zombie—in scenes shot from a limited third-person perspective of the jury watching Riggins. That is, the reader is placed in the jury box and the brief repeatedly returns to the recurring image of the heavily sedated and medicated Riggins as a zombie. This repetition does not seem forced or calculated, especially as it is presented in and matched with a hard-boiled “just the facts, ma’am” writing style that stays on the surface of events—merely re-presenting the facts and the testimony of the trial without extensive commentary. This is a voice or style well-suited to the construction of this particular type of story; a style that, as novelist David Lodge observes, “impassively tracks the characters as they move from moment to moment towards an unknown future.”

PAINTING A PICTURE WITH WORDS

After providing the background to Riggins’ illness and psychiatric diagnosis, the brief returns the reader to sit in the jury box, compelling the reader to regard Riggins as a zombie. “Accordingly, Riggins was forced to ingest 800 milligrams of Mellaril each day of his trial, a dosage every psychiatrist considered excessive. Dr. Jurasky … described this dosage as enough ‘to tranquilize an elephant.’ … It was no surprise, therefore, that Riggins was seen closing his eyes during his hearing on a motion to terminate the medication and had a zombielike appearance throughout the trial.”

The psychiatrist’s phrase that describes Mellaril’s effect on Riggins—he was given enough Mellaril to tranquilize an elephant—is especially vivid and visually arresting, fitting the image of Riggins as a zombie. The brief then quotes from the prosecutor’s closing argument, emphasizing how the prosecution—including the state’s expert witnesses—had focused on Riggins’ demeanor at trial, contradicting their promise not to do so: “Does Riggins express sorrow? No. Does he express remorse? No.” The statement of facts returns to the emotional pivot—the core image of the defendant as zombie, dipping effectively into Riggins’ consciousness, observing that he wanted to express grief and sorrow for the victim, but was prevented by the drug from doing so:

“Rather than looking like the emotionally disturbed individual that he is, the heavily sedated Riggins sat calmly and impassively through the sentencing hearing. Although he wanted to express the grief and sorrow he felt for killing [Paul] Wade, the medication prevented him from doing so, and, in fact, prevented him from reading a statement he had prepared expressing these sentiments.”

The image of Riggins as a zombie, I believe, was crucial to the argument’s power, and ultimately to the successful outcome of his case at the Supreme Court.

The effective use of visual imagery has an important place in legal storytelling. It can be employed directly by using pictures or photographs, by placing images into purposeful sequences using the editing cuts of montage or sometimes, as in the petitioner’s brief in Riggins, by employing visual images simply created through the use of a few well-chosen words.

This article originally appeared in the February 2016 issue of the ABA Journal with this headline: “Picture This: Images can be powerful storytelling tools.”

Philip N. Meyer, a professor at Vermont Law School, is the author of "Storytelling for Lawyers."