The incoherence of Serjeant Arabin, champion of judicial illogic 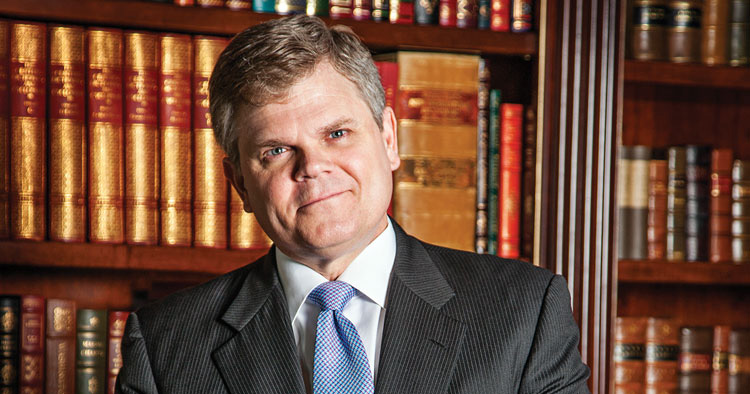 At least twice a century or so, our profession should be reminded of perhaps the most incoherent judge in the history of the English-speaking world: William St. Julien Arabin. This Dickensian character was most notably memorialized 50 years ago in Sir Robert Megarry’s little book Arabinesque-at-Law, which is both funny and sad—sad especially when you’re reminded that Arabin issued non sequiturs from the trial bench for some 15 years.

Serjeant Arabin, as he was known, served in the 1820s and 1830s as a criminal judge in the Old Bailey, the central criminal court of England and Wales. In those days, the law reports were made by young barristers, and Arabin’s pronouncements were taken down at various times by 16 different ones. By far the most prolific among these was Henry Blencowe Churchill, the son of a solicitor in Oxfordshire, who wrote that he was “responsible for the strict verbal accuracy” of his reports.

Churchill’s claim of accuracy is credible. Arabin’s obituary in the London Times (1841) called the judge “an original, absent, eccentric man, not wanting in mother wit, but very much lacking the faculty of expressing himself rationally.” One of his colleagues, Serjeant Ballantine, described him as a “shrewd, quaint little man” who “enunciated absurdities with most perfect innocence.”

I’ve often wondered whether modern psychology or psychiatry could diagnose the mental impairment that caused Arabin’s bizarre combination of irrational dogmatism and confused ideas. Perhaps. But I imagine you’d prefer some examples.

“A man with a cold is not fit to try a lady’s shoes on.”  — William St. Julien Arabin. Shutterstock photo.

Here are a few of the judge’s obscure aphorisms:

IN HIS OWN DEFENSE

Arabin often proclaimed his own intelligence coherently enough (these are from different cases):

Despite his trumpeted mental prowess, Arabin acknowledged certain physical frailties. In one case, when counsel complained that the courtroom was drafty, Arabin declared: “Yes. When I sit here, I fancy myself on the top of Mount Breeze; and the first thing I do every morning of the session is to go to the mirror and see if my eyes have not been blown out of my head.” It’s hard to imagine that onlookers kept a straight face.

Bryan A. Garner, the president of Dallas-based LawProse Inc., is the editor-in-chief of

Black’s Law Dictionary and the author of more than 20 books—most recently Nino and Me: My Unusual Friendship with Justice Antonin Scalia. Follow on Twitter @BryanAGarner.

This article was published in the March 2018 issue of the ABA Journal with the title: “The Incoherence of Serjeant Arabin: A look back at the nonsensical pronouncements from the all-time champion of judicial illogic.”