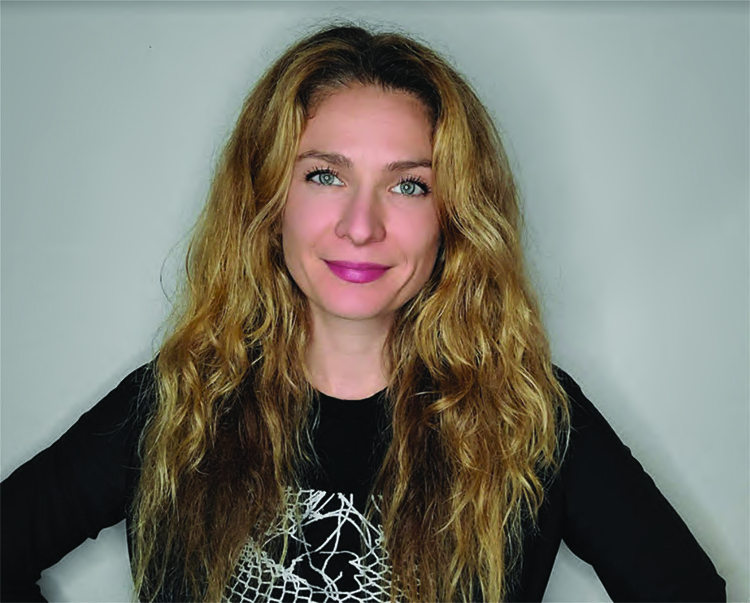 A low-income defendant. An overworked public defender. An underresourced legal system and a cash-strapped local government.

After graduating from Stanford Law School, Galvin-Almanza became a public defender in San Jose, California, and later moved to New York City, where she worked for the Bronx Defenders. There, she learned holistic defense, a style of representation that involves handling both legal issues and life issues, providing clients with an interdisciplinary range of comprehensive services in addition to zealous advocacy.

Galvin-Almanza dreamed of one day making this style of representation achievable across the country. Instead, she found a system stacked against any approach that required additional resources, regardless of proven results such as reductions in recidivism and a decrease in the deleterious effects of arrests on communities, families and the futures of those accused.

Rather than challenge the system, Galvin-Almanza decided to work within it to empower those she believed were in the best position to effect change: public defenders.

In 2017, she co-founded Partners for Justice, a national nonprofit that embeds nonlawyer advocates with public defender offices to provide what she calls “wraparound” service. Partners for Justice recruits, trains and continuously coaches the advocates, who sign on for a two-year term.

Since its inception, Partners for Justice has expanded from two offices in one state to 12 offices across six states, including the Flathead Indian Reservation in western Montana. In that time, the organization says it’s connected more than 2,300 clients with community-based social services and reports that 95% of participating public defenders feel they’re now better able to assist their clients.

What inspired you to create a program that involved young people?

In many ways, I was thinking of my own college self, wishing there had been an outlet for change-making in a way that really inspired both my passion and my rage. We see this as a launchpad for the next generation of public service brilliance. We believe intersecting identities provide valuable insight and experience, and we want to build—and support—a class of advocates who are far more diverse than the legal profession. Just look at the bench—it’s all former prosecutors. We need more diversity of all kinds among the decision-makers of society. Our hope is that this program will provide advocates with the tools and opportunities so when they move on to other experiences, they’ll be the next great advocates—whether they’re in journalism, law, government or whatever path they choose.

To create this organization, you partnered not with another lawyer but with an expert in nonprofit management. Do you think this expertise contributed to the success of the organization?

My partner is actually my friend from first grade! When I had this idea about how to make public defense better, I realized I can get people out of jail, but I don’t know how to incorporate something. It turns out that partnering with someone who really knows how to build systems, analyze data and run companies is transformational in public defense, where we promote people who are good at winning trials but don’t necessarily know how to structure an organization or demonstrate measured impact. This data builds proof-of-concept for counties and states to show what can be achieved with an advocate team and how it can be expanded beyond their jurisdiction.

So word is getting out about Partners for Justice. Are you in expansion mode?

We’re being trampled—overrun—by a herd of interested public defenders! Public defenders love collaborating with our teams. They love the outcomes, and more and more county and state governments are hearing about us and realizing that public defenders really are an engine of public safety and that they can turn this publicly funded agency into something that benefits their constituencies.

Which is a good segue to my next topic: money. As a public defender, I imagine you were used to being chronically under-funded, but you also weren’t responsible for keeping the lights on. You are now. How was it to move into a position where you had to fundraise to support your organization?

I sucked at it! In the beginning, it was me fundraising and I was incredibly uncomfortable with that. Then my mom—who is a poet, not a lawyer—said something to me. She said, “Em, you get really weird when you’re about to ask people for money. But you have to remember, you’re not doing this for you. This is your idea, but it’s for your clients and it’s the same thing you’ve always done: You’re asking for the best thing for them.” I realized, as a public defender, I was used to asking for the moon for my clients, so that changed how I thought of this. I am not begging for crumbs, I am offering the opportunity to fundamentally change the criminal legal system in America. This is exciting, and it’s a new side of philanthropy. Everyone focuses on policy fixes, but even the best changes can’t reach the person on the ground without help. This helps to ensure that good policy reaches the people it’s supposed to help.

I have to ask about the pandemic: the shutdowns, the delays, the Zoom hearings. What was the effect of all of this on your program?

Partners for Justice improves outcomes for public defender clients, and the pandemic validated that. The things our clients needed during the pandemic were the things that we were doing already, like medical documentation, medical support services, assistance with housing and eviction. That cross-disciplinary capacity was invaluable. It demonstrated the value of our investment in human capacity. I think people are constantly trying to appify the law, but we bet on human capacity and the complexity of human problems requiring a human brain to solve them.

We actually try to open our services to any nonconflicted person who matters to a client.

That’s awesome, but I imagine you still get critics who complain that all these wonderful services are still stemming in some way from a connection to crime. What do you say to them?

Well, wrongful accusation is far more prevalent than people think. But for people who actually are engaging in harm to their community, I think it also makes sense to prioritize and rush resources to them first to protect the people around them. If a person is engaged in harm because they are challenged and struggling and we can give them the resources to move to a nonharming state, we all benefit from that. We’ve built a system to punish people, even though the way in which we punish people makes it more likely that they will commit future crimes. People are being forced to pay fines and fees they can’t afford. If we wanted to stop crime, we would be invested in making sure everyone had stable housing and the ability to get employment. We would be offering people the things that robust research shows us actually decreases criminality. In criminal law, we have legitimized fear as a basis of policy.

This is such a massive issue, and some days it seems like things are just getting worse. How do you stay motivated to keep up the fight, day in and day out?

My partner said something really smart the other day. She said, “We really want one intervention to fix everything.” But that’s not the reality. In a hyperpoliced world, where being low-income is challenging in a million different ways, America is a hard country to live in. Especially if you’re Black or brown. I look at it this way: Let’s say someone has a number of stops on their life journey, and a certain number of those involve contacts with law enforcement. If our services allow them to skip ahead to where they would have been three years from now without our intervention, that’s good. They may have crises in the future, but we have changed the course of their life in some way that has diminished this present crisis. And perhaps the next crisis will be different—less severe or more likely to resolve in a positive way. That’s a win, too.

How did you develop this empathetic outlook, this sense of service?

When I was a teenager, I went through an incredibly hard time. Substance use was involved, which led to bad decision-making, and it culminated in me ending up standing in front of a judge. This judge turned out to be a legendary advocate for young people. This judge looked at me and saw my potential. There’s a lot of privilege and whiteness wrapped up in this—it was much easier for someone like me to have their potential seen. I had gotten into Harvard—I had my acceptance and I was a really good student, but I was also unbelievably self-destructive. This judge called me up to the bench and said, “Why are you here? What are you doing to yourself? I am going to dismiss this case, and I am going to make sure this doesn’t prevent you from going to college, but I don’t want to see you again unless you’ve done something good with your life.” Everything I’ve been able to accomplish is because of this judge. He didn’t try to punish me. He tried to preserve my future. Why do I have this empathy? Because I received a privilege that Black and brown people do not often get. Now I want to force the judicial system to give Black and brown people the same privilege—to have their potential seen. Our struggles are not the same, and I cannot equate myself in any way with my clients, but I can say my past has informed my practice as a lawyer. The stories of criminal law are stories I understand. I have no moral high ground.

Does this personal experience make it even more frustrating—or maybe even infuriating—when the challenges to equal justice, equity and reform seem ever-increasing?

It’s appalling to have experienced firsthand the generosity of our legal system and to be a public defender and see that equal mercy being violently denied to people we care about and the harm that it’s causing. No safety goal is being achieved. It’s all based on a system that’s comfortable with oppression and emotional decision-making instead of restorative decision-making. My anger keeps me empathetic.

This story was originally published in the February-March 2022 issue of the ABA Journal under the headline: “Preserving Potential: Innovative nonprofit organization supports public defenders and their clients.”