Inside the Legal Profession: What the industry looks like in 2019 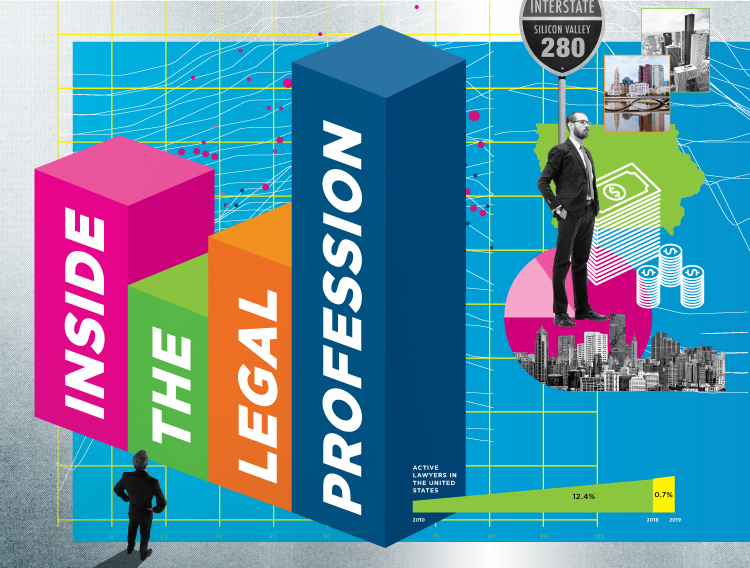 In many ways, the legal industry has never been healthier, despite years of flat demand, slow growth and erratic law school admissions. For one thing, law remains an in-demand profession that continues to grow and pay well while making slow, but steady progress when it comes to issues like diversity, technology adoption and employment after graduation from law school.

These and other markers are compiled in the ABA Media Relations and Strategic Communications Division’s inaugural ABA Profile of the Legal Profession released in August at the ABA Annual Meeting in San Francisco. The report—which contains the ABA’s own data in addition to data provided by the U.S. Bureau of Labor Statistics, the U.S. Census Bureau, the National Association for Law Placement and other nonprofit groups—provides a snapshot of the legal industry and aims to provide lawyers, students, journalists and others with accurate and authoritative data relating to attorney population, wages, diversity, law school attendance, bar passage rates, pro bono hours and more.

As for wages, the average lawyer salary in 2018, according to the BLS, is $144,230—a 1.6% increase from the previous year, which was lower than the corresponding rate of inflation (2.1%). The report, which crunched 20 years’ worth of wage data, found that while attorney salaries are growing at a slow rate, they have never dropped from one year to the next, and the $144,230 average in 2018 is nearly double the average in 1997, which was $72,840. (Note: BLS statistics do not include profits for law firm partners and shareholders.) 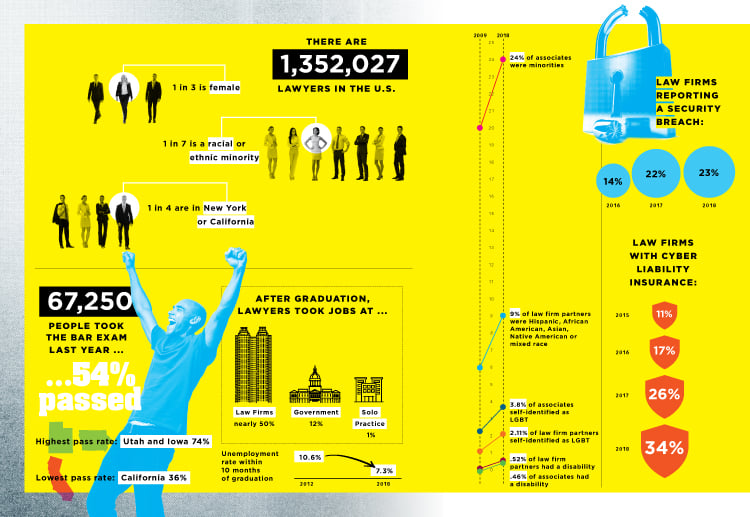 In light of the report’s release, the ABA Journal took a deeper dive into two different areas augmenting and supplementing the data provided in the Profile of the Legal Profession report with original reporting and additional statistics. The first feature examines lawyer pay and includes data from Martindale-Avvo and Major Lindsey & Africa. For the second feature, the Journal examines the best places to practice based on different statistics and economic indicators, including cost of living, lawyer population and home values.

See the other stories in this package:

The best places to practice in 2019