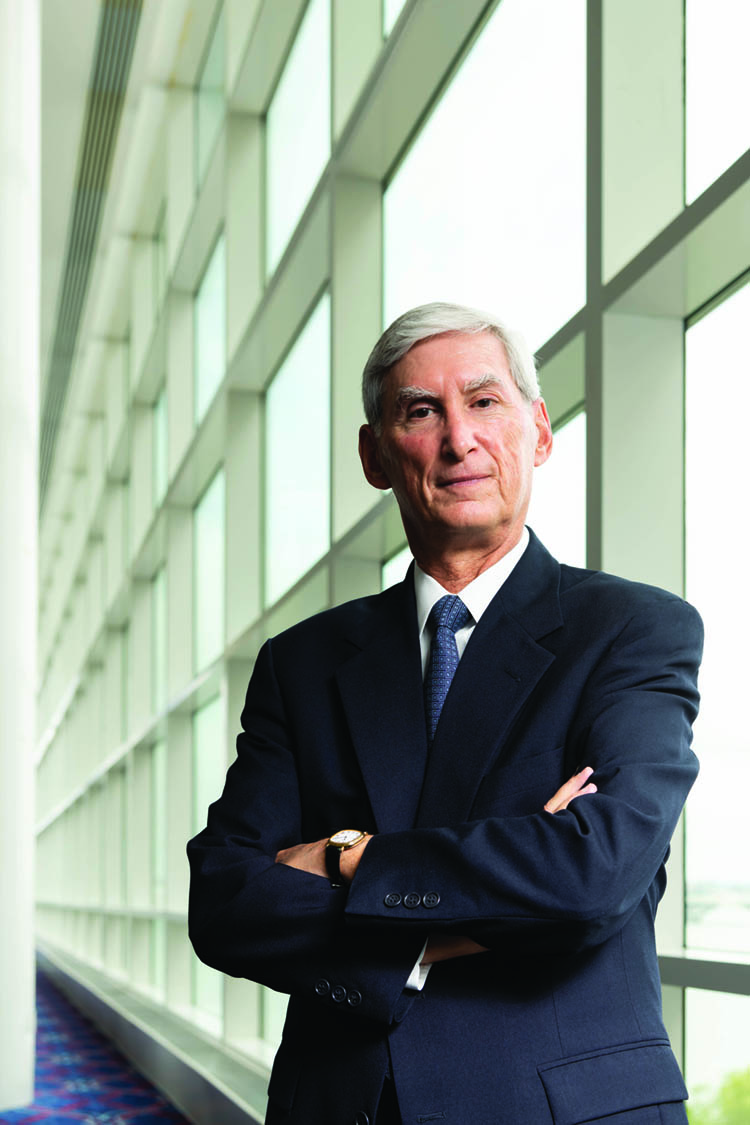 In April, Judge Neil Axel sat in his old Howard County courtroom in Maryland, observing the adult drug and DUI court program he once presided over for more than six years.

He saw a man who had appeared before him multiple times for charges related to drugs, thefts and assaults while he was under the influence of alcohol and drugs. Axel, who served as an associate judge of the District Court of Maryland for 16 years until his retirement in 2013, had given him jail time, put him on probation and ordered him to seek treatment.

Now, several years later, the man was here in court, drug- and alcohol-free. He would soon graduate after spending a year in the program.

“This was a guy I had treated in traditional court, and now he found his way into drug court and was successfully completing it, employed and reunited with his family,” Axel says. “That holds true, whether it was for him a heroin and cocaine addiction or whether it is an alcohol addiction. I have seen countless individuals who, once you break the cycle, you can see significant changes in their behavior.”

Axel continues to sit as a senior judge of the District Court of Maryland. The court’s jurisdiction includes criminal misdemeanors and traffic and alcohol-related offenses. He also occasionally fills in for the presiding judge of the adult drug and DUI court program.

He previously served as co-chair of the Maryland Judicial Conference’s Problem-Solving Courts Committee and as chair of Maryland’s State Advisory Council on Drug Abuse. And after he retired, he began teaching at the National Judicial College on highway safety matters.

Axel brought all this experience to his work with the ABA’s Judicial Outreach Liaison and Judicial Fellows Program, which began in 1998 as a collaboration between the Judicial Division and National Highway Traffic Safety Administration.

As one of its two judicial fellows, Axel helps educate judges nationwide on issues involving impaired driving offenses, including drug-impaired driving; evidence-based sentencing practices to reduce recidivism; and the impact of the legalization of marijuana on highway safety.

He also works closely with the program’s nine regional JOLs and 22 state JOLs, all of whom provide training and support on impaired driving and other highway safety issues to courts in their areas.

“Judges spend all their time on the bench, and they often have to make decisions very rapidly,” says Axel, a past recipient of the National Conference of Specialized Court Judges’ Franklin N. Flaschner Award. “Being able to provide this type of education can help give judges the foundational information that they can take to the bench with them and implement day to day.”

Hora, who died last year, served as one of the ABA’s regional JOLs and talked at a National Judicial College program about how judges could improve outcomes in cases that were largely motivated by substance abuse. One way was through problem-solving courts, which brought a team approach to solving defendants’ underlying problems and were shown to be effective in reducing recidivism.

“Particularly now in this millennia, where there is far greater emphasis on nonincarceration as a sanction, we have to find a better way to effectively monitor one’s progress,” says Axel, a 1974 graduate of American University Washington College of Law. Axel was in general practice, mostly working on criminal defense, personal injury litigation, domestic relations and family law cases for 22 years before being appointed to the bench.

“Drug courts and DUI courts and other problem-solving courts do just that,” Axel says. “They keep the judge and a multidisciplinary team of professionals involved in the ongoing supervision and treatment of high-risk individuals.”

Through his work with these courts and impaired driving cases, Axel heard that the ABA had opened a JOL
position in the NHTSA’s Region 3, which includes Delaware, the District of Columbia, Kentucky, Maryland, North Carolina, Virginia and West Virginia.

He had been a member of the ABA after law school and rejoined the association as he started in the position in 2011. The opportunity not only fascinated him, he says, but came just before he planned to move to senior status.

“I thought it would be an exciting way to take some of what I had learned and share it with others,” says Axel, who served in the role for four years. “It involved everything from DWI treatment courts to judicial peer-to-peer education, the things that were very important to me throughout my career.”

In one of his projects, Axel visited DWI courts in North Carolina. He met with the judges, watched their proceedings and advised them on best practices and how they could continue to run successful programs.

He also spoke about impaired driving at transportation conferences and acted as a liaison between courts and other agencies interested in traffic safety.

Caroline Cash, a highway safety specialist at the NHTSA who manages the JOL program, says Axel was “phenomenal” in the position because he brought firsthand knowledge from his own work with a DUI court.

“He knew implicitly how to help educate judges on best practices for DUI courts,” she says. “He followed them for so many years and had such success that he was able to provide that assistance. He’s also always been extremely interested in the latest research and understanding the best tools that judges have at their disposal to be as effective as possible.”

Judge Mary Jane Knisely of the 13th Judicial District in Montana, who serves as a regional JOL, contacted Axel about a new opportunity in 2018.

She told him that Earl Penrod, a senior judge with the Indiana Office of Court Services, was retiring from a judicial fellow position, and she encouraged Axel to apply.

He says he welcomed the chance to rejoin the program and engage in judicial outreach on highway safety at the national level.

Matthew Martin, an administrative law judge with the Social Security Administration in Asheville, North Carolina, serves alongside Axel as the ABA’s other judicial fellow. He focuses on assisting tribal courts and contends that the best people to train judges are other judges.

“Judge Axel is a wonderful human being, first, and he’s inspiring because he’s a subject matter expert,” Martin says. “He really is an ideal person to be the judicial fellow because he has such broad experience, whether that’s with drug recognition experts, field sobriety tests or best practices for conditions of release.

“He also has the gravitas of having many years as a trial judge, so he’s seen it all.”

In September 2020, the association recruited 10 more active and retired judges to serve as state JOLs. Together with other state and regional JOLs, they provide outreach to 47 states, the District of Columbia, U.S. territories and the Indian nations.

Axel values the collaboration between the judges and looks forward to restarting their in-person meetings, which were canceled because of COVID-19, when it’s safe to do so.

“As the code of judicial conduct reminds us, we are experts and certainly have an opportunity to contribute to the improvement of law, and because of our experience, are qualified to engage in activities off the bench as long as they don’t impair our appearance of neutrality,” he says.

This story was originally published in the October/November 2021 issue of the ABA Journal under the headline: “A Driving Purpose: Judge Neil Axel uses DUI court experience to tackle traffic safety.”