Judicial emergencies worsen as partisanship stalls nominations in the Senate 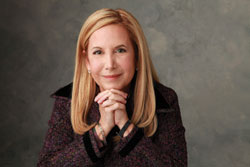 You are under consideration for a seat on the federal bench. Your family is supportive, even though your income will be much reduced. Your firm partners are anxious to prevent the loss of client relationships and are initiating an immediate succession plan a year or more before the earliest chance of confirmation. Your nomination finally reaches the Senate, where it is put on hold because of an unrelated dispute over federal meatpacking regulations.

You drift in political limbo. Your family and your professional life endure the same wait. There is no guarantee that a vote will be scheduled for your nomination. Will you have a job to return to? You are a lame-duck lawyer until confirmation—if you are, in fact, confirmed.

One in 10 seats on Article III courts is empty. One-third of those vacancies qualify as judicial emergencies, according to the Administrative Office of the United States Courts. The time that nominees with little to no opposition wait before a vote of the full Senate has increased steadily since the Reagan administration. As of Memorial Day, there are nine nominees with no recorded opposition waiting for a vote on the floor of the Senate.

President George H.W. Bush’s circuit court picks faced the longest average period between nomination and confirmation at 277 days. President Barack Obama’s district court nominees have the longest average wait at 222 days. One seat on the San Francisco-based 9th U.S. Circuit Court of Appeals has been vacant for more than 3,000 days. A filibustered nominee withdrew his name in 2011, but another nomination has not been submitted to the Senate.

The dearth of federal judges is largely attributable to the bipartisan stonewall that has frustrated presidents for decades. It is the prerogative of the Senate to approve or reject nominees. But rather than actually voting, senators often rely on parliamentary wrangling to defeat appointments.

The process to become a federal judge is a long, deliberate path where the onus is on the Senate and president to act expeditiously to fill vacancies. For district court appointments, the senior senator of the president’s party typically recommends candidates to the White House. Many senators establish a screening committee of local civic leaders to vet potential nominees. The White House (since the Eisenhower administration) eventually forwards the name of the potential nominee to the ABA Standing Committee on the Federal Judiciary, which returns a confidential rating of the nominee’s professional qualifications for the president’s consideration.

After a president submits the nominee, the burden then moves to the Senate. The Senate Judiciary Committee receives both the nominee and the rating of his or her qualifications from the ABA. The judiciary committee decides whether to recommend the nomination to the full Senate for a vote. The Senate votes for or against the nomination, but that is not how the Senate has been functioning. Instead, a nomination may be put on hold at any time by a senator. If the nominee reaches the floor, the vote may be filibustered or never scheduled. Delays and crippling vacancies result.

There are small steps that this Senate and President Obama can take that will lead to more timely consideration of judicial nominees, and remove the judiciary from a vicious cycle caused by a “get even” mentality that unduly politicizes the appointment process.

First, the ABA urges Democrats and Republicans to schedule up-or-down floor votes for those nominees in limbo who were already reported from the Judiciary Committee with little or no opposition. Second, the nominees pending on the floor when the 112th Congress adjourned should be fast-tracked. Next, the Senate majority and minority leaders should agree to prioritize filling positions where judicial emergencies exist and shorten the period of time between nomination and votes. Finally, the White House should offer a nominee for every open seat on the bench.

The ABA will always insist on an independent, fully staffed judiciary. When judicial nominees are called to public service, they put their lives on hold and their families and professional reputations on display. Judicial candidates deserve a fair hearing, a timely up-or-down vote and civility.