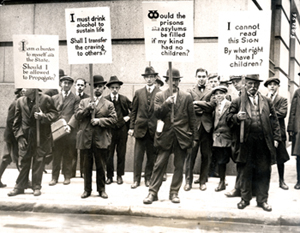 In Justice Oliver Wendell Holmes’ most inglorious written opinion, the U.S. Supreme Court in 1927 upheld a Virginia law that authorized the involuntary sterilization of those in state custody deemed “hereditary imbeciles.”

Over the next 15 years, a politically powerful American eugenics movement blossomed and, armed with the court’s acquiescence, pressed more than half the states to pass forced-sterilization laws that grew increasingly broad in scope.

Invoking due process and equal protection, a unanimous court declared the law unconstitutional. And although forced sterilization continued into the 1960s, the specter of Nazi atrocities and the lack of a clear court sanction eroded public support for the American eugenics movement and the laws it helped create.