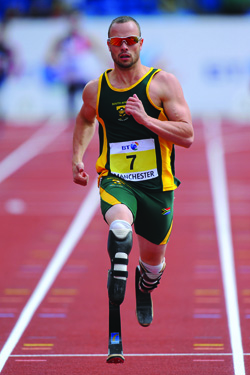 The ABA and other proponents of the Convention on the Rights of Persons with Disabilities are hoping that the Senate will vote before the end of this year to approve ratification by the United States.

Supporters of the convention maintain that ratification would allow the United States to reaffirm its global commitment to human rights without undermining its sovereignty or compromising domestic law. The ABA House of Delegates adopted a resolution (PDF) in 2010 calling for U.S. ratification of the convention.

“Ratification is essential to promote, protect and ensure the full and equal enjoyment of all human rights and fundamental freedoms by all persons with disabilities, and to promote respect for their inherent dignity,” states immediate-past ABA President Wm. T. (Bill) Robinson III in a letter (PDF) that was sent July 24 to Sen. John Kerry, D-Mass., who chairs the Senate Foreign Relations Committee, and Sen. Richard G. Lugar of Indiana, the ranking Republican member.

“As the world’s historic leader in disability policy, the United States has a duty to share its knowledge and protect the interests of American citizens abroad by joining in the international dialogue on civil rights for individuals with disabilities,” states Robinson, whose term as ABA president ended in August. He is member-in-charge of the Florence, Ky., office of Frost Brown Todd.

The convention was adopted by the U.N. General Assembly in 2006 and went into force in 2008. There are now 119 countries that have ratified or acceded to the convention, which requires parties to the convention to “promote, protect and ensure the full and equal enjoyment of all human rights and fundamental freedoms by all persons with disabilities, and to promote respect for their inherent dignity.” It defines those with disabilities as having “long-term physical, mental, intellectual or sensory impairments which in interaction with various barriers may hinder their full and effective participation in society on an equal basis with others.”

A joint report (PDF) issued in 2011 by the World Health Organization and the World Bank estimates that more than 1 billion people—about 15 percent of the world’s population—live with some form of disability. In many countries, these individuals are excluded from the mainstream of society and face various forms of discrimination and higher rates of poverty.

The United States signed the convention in July 2009 at the direction of President Barack Obama. A treaty must be signed before the president may send it to the Senate for consideration.

During a hearing conducted this summer by the Senate Foreign Relations Committee, Kerry described the convention as a “reflection of our values as a nation and who we are, from the Civil Rights Act to the Voting Rights Act to the Americans with Disabilities Act.”

“With our extensive domestic experience in promoting equality and inclusion of persons with disabilities, the United States is uniquely positioned to help interested countries understand how to effectively comply with their obligations under the convention,” Heumann testified.

The committee voted 13-6 to recommend that the full Senate give its advice and consent to ratification, subject to a package of reservations, understandings and declarations that limit the convention’s direct impact on federal, state or local law in the United States.

Ratification would allow the United States to participate fully in the annual conference of parties to the convention. In addition, the U.S. would be able to nominate individuals to serve on the Committee on the Rights of Persons with Disabilities, an independent advisory group that monitors implementation of the convention.