Law In the Age of Terror 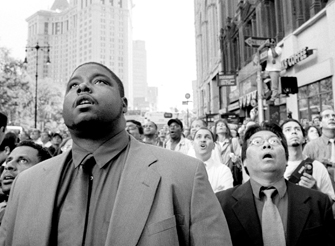 Six years after the terrorist attacks of Sept. 11, 2001, much of the legal system’s role in the war on terror remains unresolved.

Neither view seems likely to win out. Rather, we seem to be stumbling toward a third way: building, bit by bit, a new paradigm of the law of terror—defining the limits of executive power, civil liberties, defendants’ rights and the independence of the judiciary with a system that borrows from the law of both wartime and peacetime.

Since 9/11, this process of discovery has played out in hundreds of cases, litigated by thousands of lawyers. This special issue examines how the legal system has changed and profiles the lawyers who have been at the center of the defining legal controversy of our time.