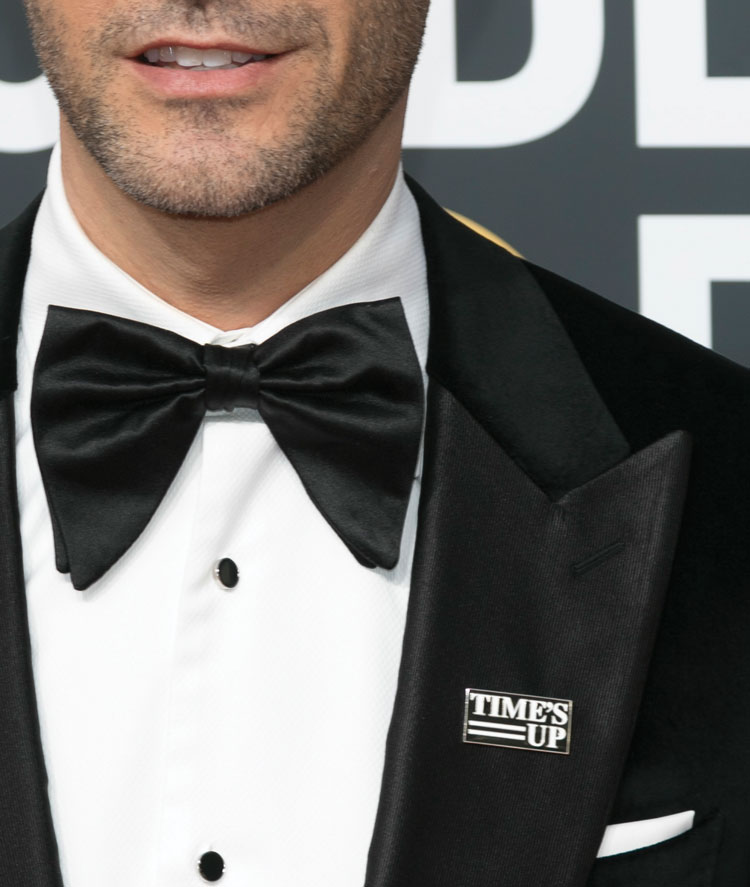 When widespread allegations of sexual harassment in the entertainment industry broke late last year, lawyers were quick to align with celebrities and women’s rights organizations to demand change.

Law professor and attorney Anita Hill, who accused then-U.S. Supreme Court nominee Clarence Thomas of sexual harassment during his 1991 confirmation hearings, is chairing a commission tasked with eliminating sexual harassment in Hollywood. Along with the president of the National Women’s Law Center, Hill met with 150 top-level Hollywood professionals to explore strategies to stop sexual harassment and promote gender equality.

The movement has expanded beyond Hollywood, as activists find ways to support victims across the work spectrum. High-profile attorney Tina Tchen, longtime chief of staff to Michelle Obama, is spearheading the Time’s Up Legal Defense Fund, which had raised more than $19.5 million by early February to help victims of sexual assault. Tchen and 300 prominent performers—including Meryl Streep, Shonda Rhimes and Selena Gomez—launched the fund Jan. 1. Their efforts helped turn the 2018 Golden Globes into a spotlight on sexual harassment, with attendees agreeing to wear “Time’s Up” pins and dress in black.

The celebrities “provide major leadership,” Tchen says. “They want to make a sustainable difference. They have led the charge in donating to the fund, but these women know it’s not just about Hollywood; it’s about women in all industries.”

Concerted legal efforts to stop sexual harassment started gaining momentum before the #MeToo movement captured the national dialogue. Shortly after the 2016 presidential election, a group of attorneys helped the NWLC create the Legal Network for Gender Equity, which is now active in all 50 states. Attorneys are on the front lines of recently established hotlines and assistance programs that connect alleged sex assault and harassment victims with lawyers willing to take their cases, on a fee basis or pro bono.

Debra Katz, a plaintiffs employment law attorney with Katz, Marshall & Banks in Washington, D.C., says her caseload of sexual harassment matters has increased at least fourfold in the past few months as women feel more empowered to come forward.

“There is not a lawyer who practices in this area who has not been deluged with calls. Women are coming forward in record numbers with very strong claims,” Katz says. “We all need to work together to harness our collective experience and talents. It’s important that lawyers understand that we have a great responsibility at this time in history.”

Amy Bess, who chairs Vedder Price’s 50-attorney labor and employment practice group in Washington, D.C., agrees that the demand is unprecedented: “All of us are seeing an increase in these claims and with employment misconduct issues across the board.”

Bess defends employers accused of sexual harassment and advises them on how to handle allegations. Today’s world of instant social media can make that complicated.

The #MeToo and Time’s Up movements are prompting employers to revisit HR policies and seek legal counsel to advise on best practices for handling sexual harassment claims going forward.

“We are doing a lot of training now and reviewing employers’ HR handbooks,” Bess says, noting there are many changes in the workplace that need to be made across the country. “It will take a while, but all of us [on both sides of the issue] usually agree about what needs to be done.”

This article was published in the March 2018 issue of the ABA Journal with the title "#MeToo Movement Spurs National Legal Response: Lawyers create defense networks to assist victims."