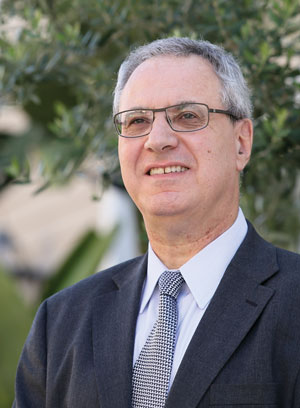 The California lawyer who turned the tide against trans fats wants to put the brakes on distracted driving.

Stephen Joseph is a self-described public interest lawyer and campaigner who uses the pressure created by filing lawsuits to change public policy and perception:

• His lawsuit against Kraft Foods for allowing trans fats in Oreo cookies was eventually withdrawn, but Joseph is credited with prodding the U.S. Food and Drug Administration to order artificial trans fats abolished from food by 2018.

• His 2008 representation of plastic bag manufacturers fighting several California jurisdictions’ bans on their product has led to a November 2016 referendum on the issue and an initiative to direct proceeds from fines for using plastic bags to an environmental fund.

• And in April, Joseph sued the makers of “smartwatches,” including Apple, Samsung, Microsoft and Google, for failing to educate consumers on the dangers of texting and other forms of electronic communication in motor vehicles.

“I think it’s literally murder if you kill someone while you’re texting and driving,” Joseph says, “and it’s not taken seriously enough. Everybody thinks they can multitask, but they can’t. There’s no such thing as safe multitasking.”

The lawsuit, filed in the Los Angeles County Superior Court, asks the high-tech defendants to spend $1 billion annually on an education campaign designed to inform the public of the consequences of distracted driving.

According to government data cited by Joseph, 3,154 motorists were killed in crashes involving distracted drivers in 2013, while more than 420,000 were injured. In the suit, Joseph says he suspects the death and injury numbers reported are low because “the majority of crashes caused by texting or otherwise using a smartphone while driving are probably not recognized as such, because drivers will rarely admit that they were texting.”

On Oct. 13, the defendant smartwatch companies responded to Joseph’s suit jointly in a brief by Theodore Boutrous Jr. of the LA office of Gibson, Dunn & Crutcher, saying the complaint “does not state facts sufficient to state a cause of action.” A hearing on the matter has been scheduled for Feb. 9.

Perhaps Joseph’s most valuable collateral win was in 2011, when the California Supreme Court ruled his Save the Plastic Bag Coalition had standing to file the suit on behalf of the public.

Joseph’s smartwatch case relies on public nuisance law that allows the court to order the amelioration of public nuisance conditions if people may be harmed by allowing the conditions to continue. In April, California’s 2nd District Court of Appeal affirmed a city of Los Angeles ruling that the operation of a fast-food restaurant rendered it a public nuisance.

In Benetatos v. City of Los Angeles, the nuisance was described by the LA Police Department as “pimping-prostitution, narcotics use-sales, loitering, transients and intoxicated groups, drinking in public, graffiti, and associated trash and debris that encourage loitering.”

AT&T Inc., though not named in the suit, has started an awareness campaign about distracted driving through its website at itcanwait.com, where drivers can download an app called AT&T Drive Mode that silences message alerts and auto-replies when driving “to let friends and family know you can’t respond.” More than 7 million people have taken an online pledge to avoid distracted driving, AT&T says.

“AT&T is working hard on this, but they can’t do enough,” Joseph says. The campaign “is not nearly big or effective enough. It’s not intelligent enough. They’re not showing people the process of distraction going on in the mind. How can these [defendant] companies not be involved when they wouldn’t even notice the money and they’re sitting on hundreds of billions of dollars? I don’t get it.”

Distracted driving is about to get worse, according to Joseph, as both Apple and Android have systems in the works using the screen that’s standard on most new cars to show texts.

According to Apple, CarPlay is “a smarter, safer way to use your iPhone in the car. CarPlay takes the things you want to do with your iPhone while driving and puts them right on your car’s built-in display.”

Then there’s Navdy, which does the screen-based systems one better by displaying information on the vehicle’s windshield.

“Navdy’s transparent Head-Up Display … projects information as if it’s floating 6 feet in front of you,” says the company’s website. “Feels like driving in the future,” say its promos.

Joseph disagrees. “The solution of hands-free devices is very deceiving—you can be looking at the road and have no idea what’s going on. This is cognitive blindness.

“The problem is: We are unable to think of two thoughts at the same time,” he says. “We can’t have two thoughts simultaneously. You can flick back and forth, but that’s not the same as two things at the same time. You can’t be driving and having a phone call because concentration is tremendously diminished.”

Asked how he makes a living doing public interest work, Joseph says he also works in commercial real estate litigation and adds, “I’m not led by money. You can’t do this kind of thing unless you’re very passionate about the cause. … You do it because you have to.”

“I get a lot of offers to get on campaigns around the country, but there’s always another campaign around the corner,” he says. “I think with the distracted-driving campaign, even if I lost the lawsuit, then it tends to be public pressure. We can’t allow these companies to throw all this technology at us without getting involved in what’s happening in the automobile.”

This article originally appeared in the December 2015 issue of the ABA Journal with this headline: “A Crusader: His battles range from trans fats to distracted driving.”