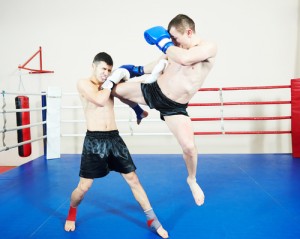 Mixed martial arts is a sport in a class of its own. The excitement during matches, the crowd’s energy and the athletes’ fierceness grabbed Erik Magraken’s attention. The Canadian attorney’s love for the sport led him to get as close to the ring as possible by becoming an MMA judge.

“There is something both gritty and pure” about MMA bouts, says Magraken, who practices combative sports regulation and personal injury law at MacIsaac & Co. in Victoria, British Columbia. “These sports do resonate with many people.”

MMA is one of the fastest-growing niche sports in North America. In July 2016, the Ultimate Fighting Championship, the association that owns and promotes MMA, announced its sale to a collection of private equity groups for $4 billion. The sale marks a new chapter in MMA fighting and opens the door for lawyers to enter the ring of combat sports law.

Magraken, a 2002 graduate of the Peter A. Allard School of Law at the University of British Columbia, noticed about five years ago that changes were being made to the province’s criminal code to legalize combat sports.

He used his previous knowledge of combat sports and involvement in MMA to stand out from the crowd. He started his Combat Sports Law blog in 2012 and became an MMA judge in 2014.

“It is a good idea to become involved with the sports themselves,” he says. “Having a background in the regulatory landscape helps. Having hands-on experience and gaining an understanding of how these sports operate, how they are regulated and the nuts and bolts of how promoters put on shows are valuable tools.”

in pursuit of better conditions

“The world of combative sports has a diverse regulatory framework with laws changing from state to state, province to province and, in some cases, city to city,” Magraken says. “The projects I’ve enjoyed working on most are contractual negotiations and delving into various, often poorly worded or inconsistently applied rules and regulations.”

The biggest legal issue that MMA faces is the push to improve conditions for the fighters. Phoenix personal injury lawyer Rob Maysey is leading the movement through his creation of the Mixed Martial Arts Fighters Association. Maysey has been an advocate for MMA fighters for more than 10 years, and he is a supporter of extending the Muhammad Ali Boxing Reform Act, a 1999 federal statute that protects the rights of boxers, to cover MMA fighters.

Maysey, a partner at Warner Angle Hallam Jackson & Formanek, says a bill to extend the Ali Act still is pending in Congress. “We’re hoping for progress,” he says. “We’re also working with MMAFA members to push for weight classes, so that fighters can be protected.”

Another group is endeavoring to rival the MMAFA. The Professional Fighters Association, founded last year after the $4 billion UFC sale, aims to unionize fighters to bargain for more health coverage and profit sharing.

“Anytime that fighters want to come together, we support them,” says Mike Mazzulli, president of the Association of Boxing Commissioners, an organization that also handles MMA fighting. “We understand the need to protect the fighters’ safety.

“There’s a very short window for fighters to go out there and support their family,” Mazzulli says. “It’s great to have managers and promoters in the business, but it’s the fighters who put their life on the line in the ring.”

Although it’s unclear whether MMA will follow the path of other professional sports leagues, Magraken says he will continue in his passion for combat sports in his legal practice and close to the ring.

“Being passionate and involved are key,” he says. “From there, knowledge builds over time. Sitting ringside is an opportunity I am privileged to be able to enjoy.”

This article originally appeared in the February 2017 issue of the ABA Journal with this headline: "Answering the Bell: Lawyers find a career in combat sports law."

Previous:
Court to decide whether Constitution grants protections to Mexican boy killed by US border guard

Next:
Florida requires lawyers to include tech in CLE courses