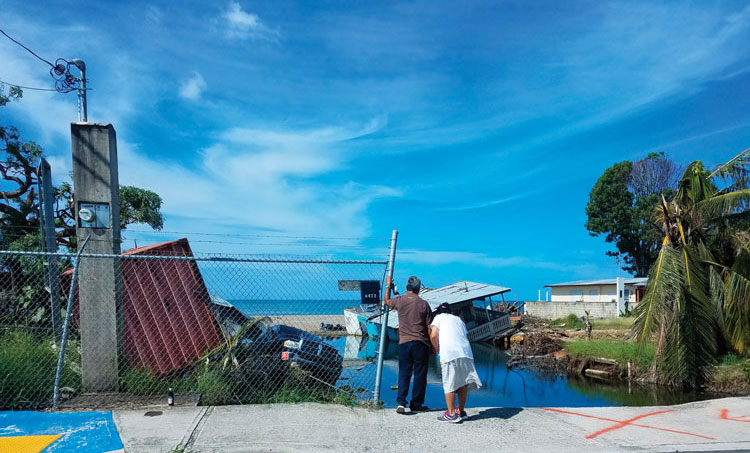 As someone who has lived in the Virgin Islands since graduating from law school in 1982, Tom Bolt has experienced hurricanes before, including Hurricane Marilyn in 1995, which destroyed his home.

“After that, we said never again, and we built back stronger and better than before,” says Bolt, shareholder and managing attorney of BoltNagi and a member of the ABA Board of Governors.

But hurricanes Irma and Maria were still strong enough to wreak havoc on the BoltNagi law office on St. Thomas, which he describes as totaled. “It was kind of a combination one-two punch,” Bolt says. “Irma peeled off the roof, and then Maria saturated everything inside.”

In the wake of the catastrophic Harvey, Irma and Maria, the ABA has been working with federal, state and territorial groups to provide disaster assistance to those affected. For the U.S. territories of Puerto Rico and the Virgin Islands, the need has been particularly great because power and telecommunications infrastructure will not be as easy to restore. (See “Hurricane Heroes” to find out about the legal community’s response on the mainland.)

“Can you imagine trying to hold your practice together with very little means of communication?” Bolt says. “It has significantly impacted the practice of law.”

“But we initially had significant problems with regard to the supply of diesel for the generator,” says Rodríguez-Vidal, a managing member with Goldman Antonetti & Cordova and chair of the minority caucus in the ABA House of Delegates. “In addition, there was a curfew that was imposed on everyone, so we were unable to work full time, and we were only able to work a certain few hours of the day so that everyone could go home and meet the curfew.”

The firm’s employees may have had a functioning office to come to, but that didn’t mean they had power at home or running water, even in the capital city.

“There’s always a degree of preparation before any hurricane, and you know what you’re supposed to go buy,” Rodríguez-Vidal says. “But you never prepare for 90 days of no electricity. It’s impossible for you to store, in your home, 90 days of supplies. The rule of thumb used to be five days’ worth of supplies—you know, a gallon per person per day of water, all these other foodstuffs, and batteries and different sorts of things that are just common sense, like having your gas tank full in your car. But in a disaster of this magnitude, that only goes so far.” 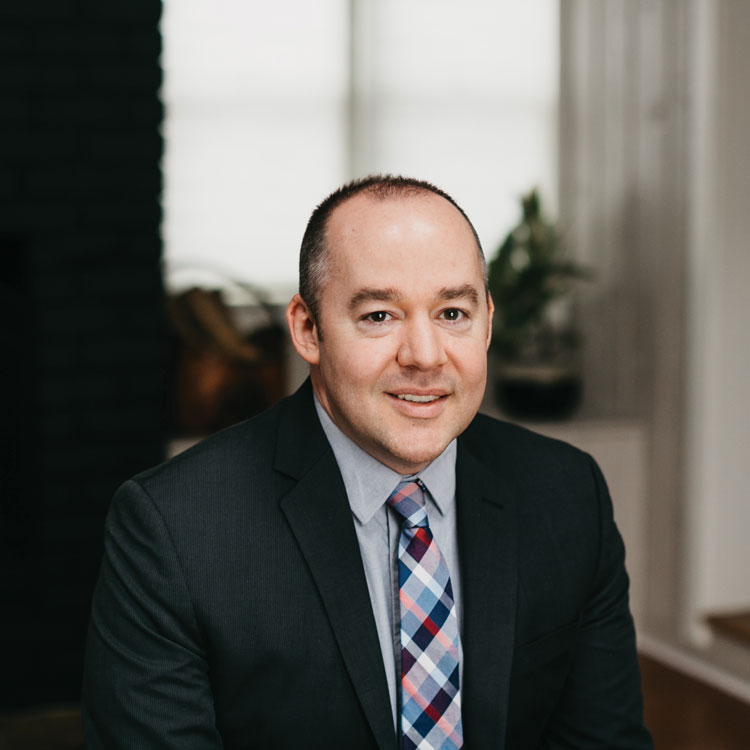 Andrew VanSingel is director of the Disaster Legal Services program of the ABA Young Lawyers Division. Photo by Lauren Vitiello.

At the ABA, members of the Disaster Legal Services program are generally the first to mobilize immediately after a disaster. Last year was an incredibly busy year for the DLS, led by the volunteer team of director Andrew VanSingel and 10 other ABA members. Even before the hurricanes and the wildfires on the West Coast, the DLS was responding to the needs of people in Michigan and West Virginia, which had been struck by storms, floods and mudslides last summer.

Although VanSingel has a full-time job with the IRS as a local taxpayer advocate in Chicago, in the wake of hurricanes Harvey, Irma and Maria it was not unusual for him to come home after work and spend many more hours coordinating Disaster Legal Services’ response.

“I drink about a gallon of coffee a day,” VanSingel says. “You may have a problem when you walk into Starbucks and they have your order ready without you saying a word, which happens now.”

The DLS program, which is run by the Young Lawyers Division, has a memorandum of understanding with the Federal Emergency Management Agency to provide disaster legal services at FEMA disaster recovery centers and to establish toll-free hotlines for survivors who can’t afford a lawyer.

In the case of Puerto Rico—which had no reliable telecommunications—and the Virgin Islands, the second part of this mission proved to be a challenge. So the DLS reached out to an organization on the mainland for help.

The Louisiana Civil Justice Center in New Orleans agreed to partner with the ABA, FEMA, and local bar associations and legal aid providers on the islands to run the disaster hotline services for Puerto Rico and the Virgin Islands. The LCJC’S role for the residents is to collect intake data, provide basic information about issues such as the FEMA claims process, and arrange for referrals to attorneys licensed to practice in the appropriate jurisdictions. From 9 a.m. to 4 p.m. CT, Monday through Friday, islanders affected by the hurricanes can call 800-310-7029 for assistance.

In the first three months of operation, the Louisiana Civil Justice Center took about 1,200 calls, says executive director Jonathan Rhodes. In December, the hotline was averaging 30 to 50 calls per day, and 120 volunteer attorneys had been matched with at least one client. FEMA had received 1.2 million applications for assistance in Puerto Rico alone as of December, he says. “We’re still seeing that people don’t have phone communication,” Rhodes says. “And we’ve maxed out the available volunteers.”

Resources for lawyers looking to volunteer their time are available at ambar.org/DisasterRelief. Spanish-speaking attorneys and attorneys who are licensed in Puerto Rico and the Virgin Islands are in high demand. But a mentorship program is also being developed, so lawyers who have disaster legal services experience can provide advice to attorneys who may be doing that work for the first time.