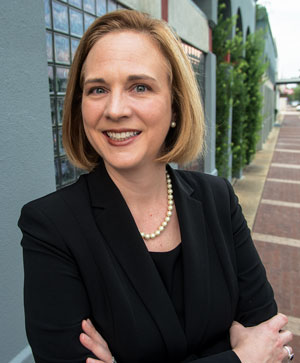 Appearing before a judge, even for something as minor as a neighborly squabble, can be a stressful event. But what if, instead of handing down fines and jail sentences, courts taught you how to be a better neighbor?

Such forums have taken root in a handful of South Carolina towns in the form of livability courts. Yard-work procrastinators, owners of barking dogs, and partying college students who keep neighbors up all night must now appear before judges who are taking a pedagogical approach to solving disputes.

Florence, a city of about 40,000 residents, adopted the model last year to address its growing problem with dilapidated properties in the hope of revitalizing neighborhoods. The court convenes every other Wednesday to hear nuisance complaints, code violations and other quality-of-life issues.

“Case volume varies widely,” says Rangeley Bailey, an attorney who became one of five judges to preside over the Florence Livability Court. “Florence is a small town, so we have very few noise violations; we deal more with business license issues, code enforcement violations—also animal control.”

The inspiration came from Charleston, which established the country’s first livability court in 2002. Judge Michael Molony, who was involved in creating the court, says it was based on a number of ideas from around the country but remains a unique South Carolina brand.

In the high-volume Charleston Municipal Court, neighborhood disputes and code violations had a hard time getting traction, according to Molony, who heads the livability division.

“What I saw initially was a complete disconnect between the adjudication of a decision and the enforcement of that decision,” Molony says. Code enforcement officers were overwhelmed and city resources wasted, while nothing was done to follow up on cases, the judge says.

Known for its Old South charm, Charleston is working hard to preserve its grace and appeal amid the influx of college students, tourists and business travelers. Molony, a Charleston native, says livability court has shifted from its initial administrative-enforcement mission toward behavior cases to address growing challenges such as noise complaints, traffic congestion, underage drinking and late-night activities.

“About 80 percent of the cases I see are noise complaints from college parties,” Molony says. “The volume got to be so large that we created an additional session of livability court.” The municipal court now allocates different sessions to parking tickets and appeals and to what Molony calls “vice court.”

In livability court, noise and code violators may expect fines up to $1,000—but more than anything, they can expect a lecture on civility. Molony does not recall ever handing down a jail sentence, which, he explains, is merely a mechanism for suspending a sentence. Repeat violators may get multiple citations, but the court’s focus remains problem-solving.

“When I start court, I tell people that I am not there to simply find somebody guilty or innocent. Instead, I’m trying to have the problem corrected,” the judge says. “Many times what we’ll do is we’ll identify the problem, identify what needs to be done, who is going to be responsible for doing it, and establish a time frame for addressing the problem.”

In most cases, people are willing to cooperate and may not even know they were creating the issue until confronted in court, Molony says. Neighborhood groups across Charleston now have a forum where they can take neighborly squabbles and have them resolved.

“I used to tell people that my goal was to one day work myself out of this job, which would mean that all the problems were fixed,” Molony adds. “That’s never going to happen. But the bright side of it is the court has been so successful, and it has expanded and become a model for other cities like Florence.”

This article originally appeared in the October 2015 issue of the ABA Journal with this headline: “Legal Livability: South Carolina courts tackle quality-of-life issues.”