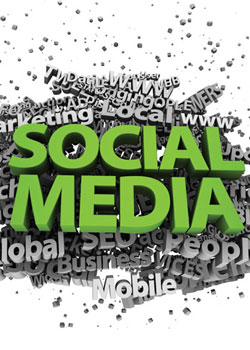 It wasn’t long ago that clients came to Morrison & Foerster for help updating their employee handbooks to prohibit staff from blogging about their jobs. Then the San Francisco-based firm noticed a change.

“Silicon Valley companies started to see value in loosening up,” says John Delaney, a MoFo partner. “Clients were asking about having their own Facebook pages. The guy in their mailroom was starting to Twitter.”

As companies realized that social media was something more than “what they had seen looking over their daughter’s shoulder,” they turned to the firm for advice, says Gabriel Meister, also a firm partner.

And Delaney and Meister, both New York City-based members of the firm’s technology transactions practice group, began to see a need for themselves to keep abreast of the rapidly changing world of social media.

Last year the two decided to launch a newsletter that would help. In July they began publishing MoFo’s Socially Aware. The new monthly newsletter—distributed only in PDF format—examines social media issues such as malicious online impersonation and anonymous online postings, as well as broader First Amendment issues.

Meister and Delaney earned their editing chops in a roundabout way.

Last year the two pulled together a client presentation on corporate blogs, social networks and related issues. They expected about 40 clients to attend. Ninety showed up, and they had to turn people away because the room was full. As the two began giving more and more presentations, they found themselves having to constantly update the portion on social media.

“We had to keep changing our slides,” Meister says, “because things in this industry change so fast.”

As demand for this knowledge grew, so did the size of their audience. After outgrowing their firm’s conference space and a hotel ballroom, they took their presentations online via a webinar, where more than 800 people logged on to one event last March.

Delaney says the marketing activities began to threaten their day jobs as attorneys at the firm. “We were working until 10 p.m., trying to figure out how we were going to stay on top of all this,” Delaney remembers. “We decided to use our associates as beat reporters.”

Now the associates in their practice group are assigned a different area of social media, from Facebook to the Communications Decency Act, with a set of blogs and websites to follow daily. This information is used to create the Socially Aware newsletter. So far the firm has been able to write the monthly newsletter entirely in-house, though if demand continues to grow—after five issues they count a circulation close to 15,000 subscribers—they may seek outside help.

Delaney says the newsletter has pulled two new clients into the firm and also has brought expanded work opportunities from existing firm clients.

It’s also had the added bonus of becoming a new way to train and mentor firm associates, Delaney adds.