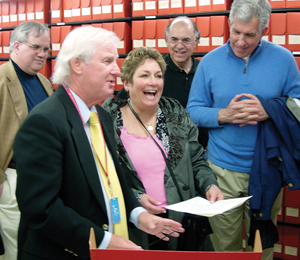 Attorney Shelley Hubner was an industrious child. John F. Kennedy was a hero to her, and she wrote to the president often. Sometimes she asked him about current issues, such as international relations, and sometimes she sought advice on more personal issues.

“I recall asking him how I could get my parents not to fight as much, as if he could answer that,” says Hubner, now a special counsel in the San Francisco office of Sedgwick, Detert, Moran & Arnold. She remembers writing to the president from summer camp to ask “how we could improve camp spirit—as if he were the guru.” Kennedy’s personal secretary, Evelyn Lincoln, dutifully replied to the letters, sending photographs of the president and his family that Hubner posted on her wall.

After Kennedy was assassinated, Hubner wrote to President Lyndon B. Johnson in a quest for more photos for her treasured collection. But that was nearly a half-century ago. The letters and photos, placed in a box for safekeeping, disappeared a long time ago, and Hubner’s memories of them were starting to fade.

But those memories came back in April, as Hubner toured the Lyndon Baines Johnson Library and Museum in Austin, Texas, with other leaders of the ABA Section of Health Law who were in town for a meeting. Hubner chairs the section’s Breast Cancer Initiatives Executive Committee.

Archivist Bob Tissing told the group that the library houses more than 45 million pages of cataloged documents. Then he asked whether anyone in the group had ever written to Johnson, and Hubner raised her hand.

Within minutes, Tissing had retrieved a box full of nearly 40 documents and began looking for Hubner’s letter, written under her maiden name of Kushnick. “I just kind of rolled my eyes, thinking ‘not a chance,’ ” says Hubner. But there it was—a letter in her handwriting. 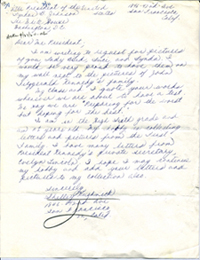 A reply was attached from LBJ’s personal secretary, Juanita Roberts, telling Hubner that it was “friendly of you to write the president” and sending along his best wishes.

Reading the correspondence nearly 50 years later, Hubner was stunned. “I was absolutely touched to tears,” she says. “I think the reason was not so much that the letter was found, but that there was an opportunity to be reunited with that part of my childhood, which was such a unique period for me and, I think, all Americans.”

Now Hubner has fired off another letter, this one to the John F. Kennedy Presidential Library & Museum in Boston. The archivist there has answered with good news: He has three of Hubner’s childhood letters on file, including the one seeking advice on camp spirit.

“We would like you to write a letter,” Hubner had implored President Kennedy, to tell campers that “every single person and their doings count.”