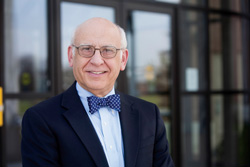 Law schools took a public battering this year amid allegations that they have misled prospective students about just how hard it is for law graduates to find jobs. In the scenario laid out by critics, law schools tout high employment rates without disclosing specifics about the jobs. Some schools even create jobs to bolster their rankings with U.S. News & World Report, leading misinformed law students to take on massive debt in the belief that they will pay it off with a high-paying job in the field.

The ABA was drawn into the controversy when two U.S. senators—Barbara Boxer, D-Calif., and Charles D. Grassley, R-Iowa—joined other critics to demand that the ABA get law schools to provide more transparent information about employment of their graduates.

ABA-accredited law schools are required every year to answer a questionnaire distributed by the Section of Legal Education and Admissions to the Bar. The section—not the entire association—is recognized by the U.S. Department of Education as the national accrediting body for law schools. But the current version of the questionnaire leaves certain gaps in information. Prospective students may learn, for example, the percentage of a law school’s graduates who are employed, but not whether that employment is full- or part-time, or even whether it’s practicing law.

In July, the legal ed section announced that employment information gathered in the future will be more detailed. The section already has begun collecting the new data from law schools in a two-stage process. A few new questions were added to a questionnaire mailed in August, seeking information about jobs held by 2010 law graduates nine months after graduation. The new questions ask whether the jobs were short- or long-term, and whether they were funded by the schools.

But a letter mailed to deans in August outlined the type of information the section is likely to seek. It includes how many graduates have jobs requiring bar passage or for which a law degree is preferred, how many are employed in another profession, how many hold non professional jobs, and how many are working full- or part-time. The results will be published online by about July 2012, an accelerated schedule that will get the information to the public nearly a year ahead of the usual time.

The process of developing new questions is time-intensive and requires a lot of lead time, says Arthur R. Gaudio, the dean of Western New England University School of Law in Springfield, Mass., who chairs the legal education section’s Questionnaire Committee. That’s why the committee was unable to include many of the new questions in the mailing about 2010 grads, he says.

“It’s going to take work by the committee to come up with the right questions,” Gaudio says. “But we’re determined to make it happen.”

At least one critic of how law schools report jobs data isn’t entirely satisfied by the section’s actions. “Things are headed in the right direction,” says Kyle McEntee, the executive director of Law School Transparency who passed the North Carolina bar in August. But he would like to see more detailed data made available more quickly.

The section could have done a more comprehensive job of gathering and publishing employment information, said chair John F. O’Brien, dean at the New England School of Law, in a statement to the ABA Journal. But he also expressed concern that the widespread media coverage of the issue has obscured perceptions of the overall job law schools are doing.

“The vast majority of law schools have been doing a tremendous job of training future lawyers, supporting pro bono work by students and alumni, and finding work for graduates in an extraordinarily difficult economic climate,” O’Brien said.