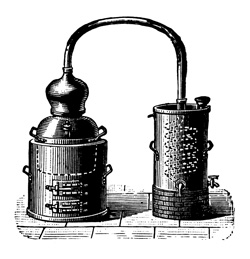 Doug Bendinger has been brewing his own beer since 1994, when he lived in California and then in Texas, Georgia and finally in Alabama, where he’s lived since 1999.

But it wasn’t until a few years ago that he learned his hobby was illegal in the Heart of Dixie.

But Bendinger no longer need worry about being a scofflaw since in May Alabama became the last state in the union to legalize home brewing.

The federal government has allowed people to brew beer for personal use without having to pay taxes since 1978, according to the association. Yet the 21st Amendment largely left regulation of alcohol up to the states, and the legalization of home brewing has been bumpier in some states than others. Alabama and Mississippi, which passed legislation in March, were the final holdouts.

Alabama state Rep. Mac McCutcheon first introduced legislation to legalize home brewing about five years ago after some of his constituents learned the practice was illegal. The bill faced opposition from the Alabama Citizens Action Program, which fights against expansion of alcohol in the state, McCutcheon says.

Proponents of the measure in Alabama and Mississippi say they won over legislators by educating them and discussing possible benefits to the states, including potential tourism dollars from brewing competitions.

“You certainly don’t want an arrest on your record, certainly if your job depends on a security clearance,” says McCutcheon.

“I think it incorrectly gets lumped in with the whole moonshining thing,” says Craig Hendry of Jackson, Miss., president of Raise Your Pints, which supported the state’s legislation. “We put a lot of time and effort into the fact that these are normal people.”