Juggling family, career and self: It’s all a matter of choice 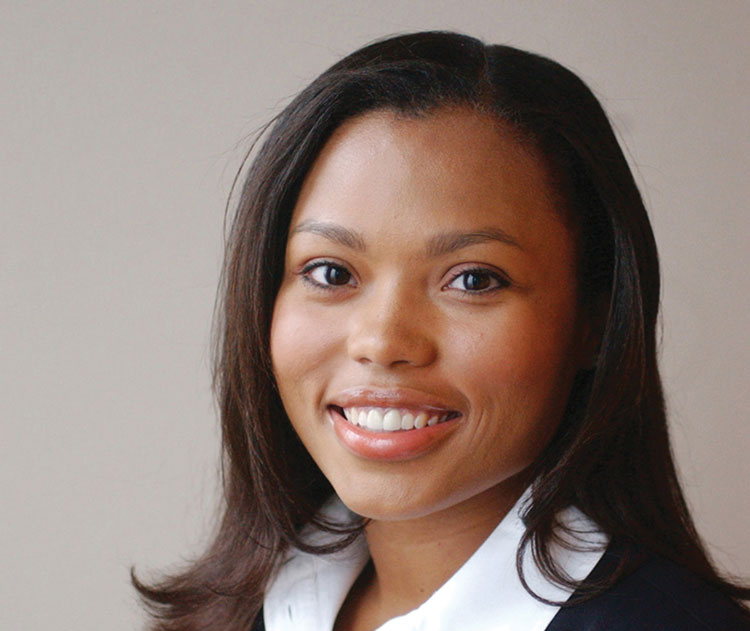 Rashida La Lande: “I work for a company that’s founded on meritocracy and ownership – two values I wholeheartedly believe in.” Photo courtesy of Kraft Heinz Company.

Like most other working mothers, I sometimes feel life can be overwhelming—a constant juggle among the competing needs of family, career and self. I’m often asked, “How do you make it work?” But what’s critical to me is my own self-affirmation of “Why I make it work.”

My reasons are highly personal. But if I’m clear in my own mind about why I am making the choices that I make, then worrying about the “how” fades. As my grandmother Vivian used to say, “Where there is a will, there is a way.” Four reminders keep me grounded and guide my life decisions.

1. Own your choices. I grew up in Queens as an only child whose favorite companions were books. My mother took many of the neighborhood children under her wing—and some of my best childhood memories include times our house overflowed with them. It was utter chaos—and I loved every minute of it! From then on, I knew that I wanted a large family. My husband and I have two boys and two girls between the ages of 3 and 10. What used to sound like chaos when I was a child now sounds like music to my ears when we’re all home together.

2. My work matters. I love my new role as global general counsel at Kraft Heinz. I work for a company that’s founded on meritocracy and ownership—two values I wholeheartedly believe in. So much so, in fact, that I’m temporarily commuting between New York City and our co-headquarters in Chicago each week. Every single day, I learn something new or face a new challenge. I work with talented, smart, creative, results-driven colleagues that believe in teamwork. I travel the world, learn new languages and explore different cultures as part of my job. And most importantly, I am having fun.

3. Proudly embrace change. My grandmothers had 22 children between them, and they had absolutely no ability to independently care for their children. I saw how much stress and pressure that put on them. When they were raising their families during the 1950s and 1960s, women were the sole or primary breadwinner in just 11 percent of American households with children under the age of 18. The percentage is closer to 50 percent today. I’m proud to be among this group of working moms who provide financially for their children, while raising them to be productive members of society.

4. Children learn what they live. When I came home one recent Friday, my 10-year-old son was playing a World Cup soccer video game. Everyone needs a break, I reasoned, so I didn’t give him a hard time about finishing his homework or playing his violin. As I puttered around the room, I heard him exclaim, “This goalie is boss” and “Best goalie ever!” When I looked up, I realized his game featured the women’s U.S. soccer team—and I almost cried. Most amazing was the fact that my son didn’t think playing a game starring female players was a big deal. How the world has changed since I was his age!

That’s what it’s all about, isn’t it? I want both my sons and my daughters to have choices in who they become and what they do. I want them to have a wide, diverse view of success and strength. I’m presenting them with a different view of what working women and a 21st-century family look like.

Journalists are admonished to “show, don’t tell.” That’s what I’m doing for my kids through my own choices each and every day. Actions speak louder than words—and I hope the subtle life lessons I’m teaching come through loud and clear.

Rashida La Lande joined Kraft Heinz in January from Gibson, Dunn & Crutcher in New York City, where she was a partner. She has 18 years of legal experience representing companies and private equity sponsors in the consumer products, retail, financial services and technology industries. As global general counsel and corporate secretary at Kraft Heinz, she leads the company’s legal functions, including corporate governance and securities, transactions, regulatory, intellectual property, litigation, and labor and employment.

This article was published in the August 2018 ABA Journal magazine with the title: "It’s all a matter of choice."