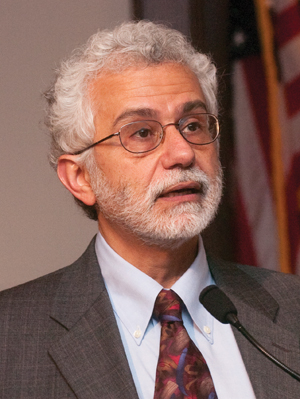 "It's generally more difficult to get hired than it was in previous years," says Sabina Lippman of the global legal recruiting firm Lippman Jungers. "The process is lengthier overall; the forms are longer and there are more partners who could potentially say no in the process. There was a time when a rainmaker could have more flexibility" on some of these issues, says the Los Angeles-based recruiter, "but those days are, if not over, numbered."


A major cause for the increased focus on ethics when it comes to hiring laterals is that a significant percentage of malpractice claims against firms are related to newer hires. "Our malpractice carrier tells us that a disproportionate number of claims that member law firms report come from lateral attorneys—attorneys with less than five years with the firm," says Timothy W. Callahan II, general counsel at Saul Ewing in Philadelphia.

"Another trend over the past seven years," he says, "is that claims against lawyers have been trending upward. That partially explains why law firms must exercise great care when considering new laterals."

DO THE HISTORY HOMEWORK

"Certainly, an overriding precaution is to avoid hiring an ethically compromised partner," says Lippman of Los Angeles. "A great deal of research must go into reviewing a candidate's history. Another motivating factor for being vigilant comes from needing confirmation that a lateral hire will bring the client list he or she originally claimed."

Callahan agrees: "One lesson in hiring laterals is you shouldn't fall in love with their projected business estimates. Those projections will be on the high side. You often need to discount those."

Potential conflicts of interest are a major reason why law firms must exercise due diligence in carefully screening lateral candidates. Rule 1.7 of the ABA Model Rules of Professional Conduct provides that a lawyer may not represent a client if that representation would pose a "concurrent conflict of interest." Model Rule 1.9 states that a lawyer may have a conflict because of duties to former clients. 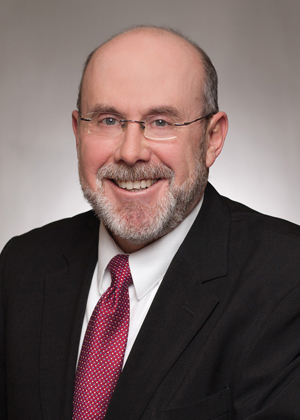 Perhaps even more important, Rule 1.10 provides that "while lawyers are associated in a firm, none of them shall knowingly represent a client when any one of them practicing alone would be prohibited from doing so by Rules 1.7 or 1.9," unless certain conditions are met. The bottom line is that a conflict emanating from a newly hired lateral potentially could lead to the disqualification of the lawyer's new firm.

"Every time a law firm hires a lateral, that lateral brings with him or her some potential conflicts that may either affect the firm's ability to continue to rep-resent current clients or prevent the firm from representing some potential clients," says Peter A. Joy, who teaches professional responsibility at Washing-ton University School of Law in St. Louis and has consulted with several law firms about conflicts issues arising from laterals. "Potential conflicts are the major reason why law firms are more ethics-wary in hiring laterals. No law firm wants to see itself disqualified from continuing to work on a case in which it has invested time and its client has invested a lot of fees. In some instances, the law firm may have to return some of the fees earned—or if it is a contingency fee case, the firm may lose out on a fee."

Joy notes that many law firms are taking extra steps to examine the issue of conflicts before an offer is made. "Law firms are becoming more wary of possible conflicts by hiring laterally in several ways," he says. "First, they begin by determining if the lateral's current or prior law firms have been or are involved in representing any clients adverse to the hiring law firm's clients. If so, that raises a red flag that they have to tread carefully in considering the potential hire. Next, they are asking prospective laterals for a list of client matters on which the prospective lateral has worked much earlier in the hiring process. They then run the lateral's client list through their conflicts check system."

If there are conflicts problems, the question becomes whether the potential new hire could be successfully screened from the case. Rule 1.10 provides that effective screening in some instances can prevent the disqualification of the entire firm. Model Rule 1.0(k) defines screening as "the isolation of a lawyer from any participation in a matter through the timely imposition of procedures within a firm that are reasonably adequate under the circumstances to protect information that the isolated lawyer is obligated to protect under these rules or other law."

Joy explains: "In many states, the ethics rules state that ethical screens are a permissible solution only if the screened lawyer has had 'neither substantial involvement nor substantial material information relating to the matter.' This standard means some potential lateral lawyers are simply out of the running when it comes to hiring. The bottom line for law firms is that they have to access the conflict-of-interest issues before an offer is made."

Other problems can surface with laterals aside from the thorny conflicts question. The new lateral may simply not be a good fit with the new firm's culture. "Most firms that I know are trying to redouble their efforts on integrating laterals into the firms' cultures and procedures—not have them practice in a silo," Callahan says. "The fact is that integrating a lateral is hard to do in the law firm setting. It can be tough to get some people to commit to the culture of the new law firm."

The questions a prospective employer asks of a potential lateral can be fairly extensive. "We have been using essentially the same form for lateral transfers for the past 15 years, but it is a fairly detailed form," says Callahan. "We ask numerous questions, and we ask the potential lateral hires to confirm in writing a number of things, such as whether they are in good health, whether they have been a plaintiff or a defendant in an administrative proceeding, and whether they have paid all their taxes. We check to see if they are a member of good standing with their respective bars, and we ask them to identify all the companies in which they are an officer or director."

"There are a number of preliminary steps that can be taken to prevent problems down the road," Lippman says. "For example, if possible, conduct an internal consensus on a lateral before even contacting them. Doing so allows a firm sufficient time to deal with any negative feedback. Also, it allows a firm to walk into negotiations confidently."

Callahan advises: "You also must listen to your gut. If you have a nagging feeling that somebody wouldn't be a good fit with your firm, listen to it."

This article originally appeared in the May 2015 issue of the ABA Journal with this headline: "Lateral Liability: Malpractice concerns spark heightened scrutiny of lawyers switching firms."