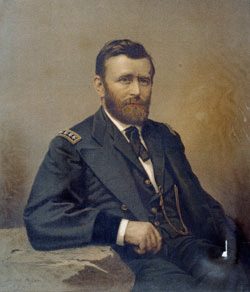 In February 1870, Charles Sumner, a Radical Republican from Massachusetts, introduced a bill that attempted to clarify and expand the freedoms available to blacks after the abolishment of slavery during the Civil War. The bill, finally signed into law by Ulysses S. Grant as the Civil Rights Act of 1875, sought to guarantee blacks “full and equal enjoyment of the accommodations, advantages, facilities and privileges” of such public venues as inns, hotels, theaters and any form of public transportation. The bill was believed to be supported under the 13th and 14th Amendments, and it included criminal penalties for violations—fines of as much as $500 and up to 30 days in jail.

By the time the bill was signed, however, Southern whites were beginning to reassert control over state legislatures, and the influence of Reconstruction and Radical Republicanism had begun to wane. The law was virtually ignored in the South as a series of five cases made their way to the U.S. Supreme Court.

The five cases were consolidated, and in a nearly unanimous decision the court declared in 1883 that Congress had overstepped the boundaries of the 13th and 14th Amendments. The 13th merely abolished slavery, they reasoned, and the 14th never intended to interfere with issues of day-to-day governance within the states. The Constitution, even as amended, did not allow Congress to regulate “private behavior” in the form of discrimination.

In his lone and blistering dissent, Justice John Marshall Harlan noted that the court’s interpretation of the amendments disserved their original purpose: to establish a universal freedom for men of all races and origins. The ruling, he said, left the states free to establish the discriminatory elements of slavery without the institution itself. “The one underlying purpose of congressional legislation has been to enable the black race to take the rank of mere citizens.”

Harlan proved prescient. The ruling in these, the so-called Civil Rights Cases, gave constitutional foundation to the Jim Crow laws that emerged in the South. Those laws, aimed at buttressing racial bigotry in the name of states’ rights, survived until the 1960s.