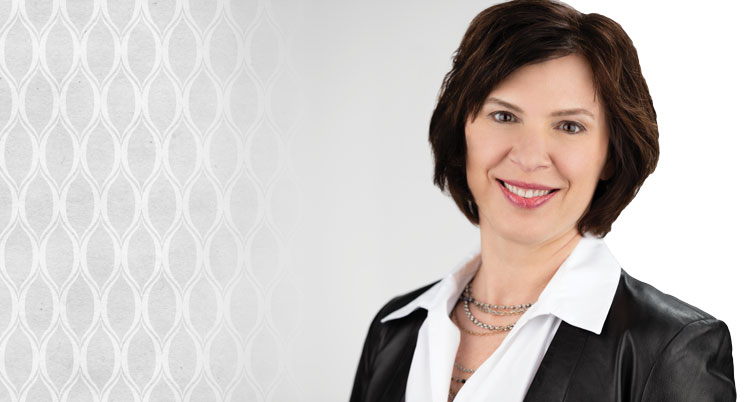 Margaret Cassidy: "On the face it seems like we're a bunch of lady lawyers getting together to drink, but in reality, we are harnessing that community, that support, that idea-generation–and all of that ambition and energy has really propelled us forward." Photo by Moshe Zusman.

Margaret Cassidy didn’t know much about running a business when she decided to leave PricewaterhouseCoopers to start her own law firm, but she did know about the power of a group of women.

She grew up in a small town in Ohio and saw her stay-at-home mother invite friends over to drink coffee and get things done. They collected school supplies for inner-city kids, organized meals for the homeless at shelters and for the elderly in their community, and looked to each other for advice and encouragement.

Cassidy, inspired by their resolve, connected with other female attorneys in solo and small-firm practice in Washington, D.C., and brought them together to discuss their businesses, share successes and provide referrals. Now, more than six years later, her group, the League of Women Lawyers, has more than 100 members who communicate weekly via email and meet regularly for happy hours.

“I had that in me: If I can harness the relationships of my friends, we can really get a lot of stuff done,” Cassidy says. “I think that was in the back of my mind when I started.

“On the face it seems like we’re a bunch of lady lawyers getting together to drink, but in reality, we are harnessing that community, that support, that idea-generation—and all of that ambition and energy has really propelled us forward.”

Cassidy knew she wanted to be a lawyer after she heard a prosecutor and a criminal defense attorney speak in high school. She loved reading—particularly about criminal activity—and writing, she says, and she was attracted to what “sounded like the greatest job in the world.”

“I declared to my family that I wanted to go to law school, which was somewhat unique because neither of my parents had even gone to college,” she says. “But I had made this declaration, so I went off and I did it.”

She graduated from the University of Pittsburgh School of Law in 1993 and clerked with Ohio’s 12th District Court of Appeals. She returned to Pittsburgh to work as an assistant district attorney in the Allegheny County District Attorney’s Office and be near her then-boyfriend and now-husband, whom she met in law school.

Cassidy prosecuted serious assault and homicide cases for several years before joining the Pennsylvania Office of Attorney General. As senior deputy attorney general, she investigated and prosecuted complex cases in the areas of public corruption, ethics violations and securities fraud.

She decided to make another change, and in 2007 she moved in-house to GE Transportation. She worked as the global compliance counsel, making sure the company followed the law when it sold its locomotives around the world.

Cassidy left GE when she and her husband moved to Washington, D.C., a year later, and she became the government ethics and compliance leader at PwC. She says she served a similar purpose, helping the company avoid fraud and corruption.

While she enjoyed her practice, Cassidy says she always wanted to own her own business. She noticed at both GE and PwC that their smaller business partners often didn’t have someone internally helping them handle fraud or corruption issues. She considered how she could meet that need.

“I thought I could help small businesses who couldn’t afford a ‘me’ full time as they do business with federal government contracts, or if they sell overseas,” she says. “That would be my primary business, and then, of course, with my prosecution background, if a company or individual got under investigation for fraud or corruption, I could represent them.”

Cassidy worked out a deal with PwC to continue working for the company while starting her own firm, Cassidy Law, in late 2012. She didn’t know exactly how to start, but she found a D.C. Bar course that taught the basics of opening a law firm (which, she says, it still offers).

She met a few other women who had also left big law firms or companies and invited them to meet for lunch and happy hour. They talked about practical matters, such as who they were using as a bookkeeper or what type of printer to buy, and they also referred clients to each other.

She continued to meet other women with their own law firms through networking events, introductions from colleagues and even a chance jury duty encounter. Meanwhile, the members of her group were also meeting—and inviting—more women to join them.

Beverly Davis started her own entertainment law firm, Davis Law, in 2014, and she was told by a colleague that she should meet Cassidy and get involved with the League of Women Lawyers.

“If you have never run a law firm before, and you think you’re going to have to do it alone, it can be pretty daunting,” Davis says. “But knowing that the League of Women Lawyers was around and I could go to the group and say, ‘What did you do when you started?’ was wonderful.”

Cassidy characterizes the League of Women Lawyers as relatively informal. Although they have an official name and a strong membership base, they don’t have a website and rely on word-of-mouth advertising.

Members use a group email address to pose questions, offer advice, and share their legal, nonprofit and cultural events with Cassidy’s assistant, who tracks them on a monthly calendar.

She and several other members also started a blog, The Candid Counsel, to highlight their small-firm experiences.

Cassidy coordinates with other groups, including the Women’s White Collar Defense Association, a Washington, D.C.-based group founded by Sidley Austin partner Karen Popp that has nearly 1,400 members worldwide. They decided last spring to host a joint happy hour so their members could expand their networks.

She has encouraged members of her group to get involved in the ABA Business Law Section, where she chairs the Corporate Compliance Committee. Cassidy, an ABA member since 2014, is also the ABA adviser to the Uniform Law Commission’s Alternatives to Bail Committee.

Cassidy contends that the League of Women Lawyers is a model that works because there is a significant group of women who support each other as well as smaller groups of women with similar interests who further develop relationships.

Joanna Ritcey-Donohue is a former Kirkland & Ellis partner who started her own firm, JRD Law, in September to provide cross-border risk and compliance advice. As a member of the League of Women Lawyers, she found she not only benefits from the long list of potential referral sources, but also from Cassidy and other attorneys who have overlapping competencies.

“This is a whole additional pool of both sounding-board resources and potentially collaborative resources,” Ritcey-Donohue says. “That’s important, to be able to give the best advice to clients but also be able to tell clients, I’m in a small practice, but I’m not on my own.”

Cassidy adds that while the League of Women Lawyers may seem like a nontraditional method of building business, most of its members prefer to sit and talk rather than spend several hours on the golf course or in a box for a hockey or football game.

“I thought this was a natural way for us to network,” Cassidy says. “I think the law really is a relationship business, and as we get to know each other in my group and develop those connections, share our successes and help each other be successful, I think that’s the future of the law.”

For more information about the League of Women Lawyers, email [email protected].

Members Who Inspire is an ABA Journal series profiling exceptional ABA members. If you know members who do unique and important work, you can nominate them for this series by emailing [email protected]. This article was published in the April 2019 ABA Journal magazine with the title "A League of Their Own."