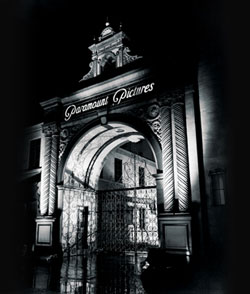 The Hollywood studio system was based as much on bricks and mortar as it was on glamour and star power. The industry was said to resemble a “large inverted pyramid, top-heavy with real estate and theaters, resting on a narrow base of the intangibles which constitute films.” In January 1948, Variety estimated that 70 percent of the previous year’s studio profits were tied to their theater holdings, adding that the “steadying influence” these chains provided the majors was “a bright sign for the future if the U.S. Supreme Court permits the Big Five to hold on to them.”

The high court put those hoped-for bright prospects on hold when it weighed in four months later on U.S. v. Paramount, an antitrust suit filed 10 years earlier by the Justice Department. While the court didn’t force the Big Five—MGM, RKO, Paramount, 20th Century-Fox and Warner Bros.—to unload their theater chains, it remanded the case to federal district court in New York and asked it to revisit the matter.

After further hearings, the district court ruled the studios were to relinquish their theater affiliates. RKO and Paramount signed consent decrees to that end; the remaining three acceded after another court order forced their hand. Theater divestiture, Paramount’s Barney Balaban proclaimed, marked “the end of the old and the beginning of the new.”