Better Never than Late: Fix the Problem If You're Always Running Behind in Your Work 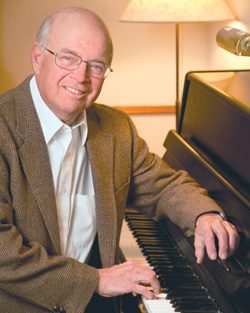 McElhaney’s Greatest Hits: Jim McElhaney’s 25-year run as Litigation columnist for the ABA Journal will come to a close this fall. During those years, McElhaney’s straightforward advice on trial practice became one of the most popular features in the magazine. To recognize McElhaney’s contributions, the Journal is reprinting some of his “greatest hits” from the past quarter-century. This article originally appeared in the Journal’s May 2000 issue under the headline “Leave Time for Trouble.”

Angus sat down next to me in the First Federal Soup and Sandwich Shop, and he showed me some letters. “What do you think of these?” he said.

“I think you ought to do your own column,” I said. “In the meantime, why not let me use them?”

I’m sending this letter by fax in hopes that you can get back to me by tomorrow morning. I have to act fast.

I have an amazing opportunity to take over the trial of a big personal injury case against a nationally prominent shotgun manufacturer. The plaintiff is a young oral surgeon who lost most of his left hand in a hunting accident when his gun went off unexpectedly. The plaintiff is left-handed, so his career as a surgeon is finished, and he has yet to find any other work. Obviously, damages are significant.

The case for liability looks good, too. There have been a number of similar accidental discharges when this model shotgun has been dropped or banged while it was being loaded—even when the safety was on. Five years ago, the manufacturer changed its safety mechanism, making it cheaper and with fewer parts. The plaintiff’s gun had the cheap safety mechanism.

The manufacturer has had so much trouble with this new safety mechanism that it went back to the original design just a few months ago. And even if we can’t get the return to the old design into evidence, we have a lot of other proof that this is a defective and dangerous gun.

But my problem goes deeper than that. I have never tried a gun case before. I have no experience as a hunter. I know nothing about guns. I don’t have a gun, and I don’t like them. In fact, the only time I ever used a gun was to shoot tin ducks at the carnival.

Discovery is all finished, and trial is four weeks away. I have plenty of time to clear my decks, go to the other state where the trial will be held and get up to speed.

My question is whether I’m the right lawyer for the case. The plaintiff’s original attorney wants me to take the case because he has a health problem, but he doesn’t want to turn his case over to a local practitioner because he doesn’t think any of them are good enough to actually try it.

Should I turn down the case because of my inexperience with guns? I have to decide within the next couple of days.

—Under the Gun in Galveston

Dear Under the Gun:

Your unfamiliarity with guns is not my biggest reservation about whether you should take the case.

It’s the timing that troubles me. Actually, the only way I would be more suspicious about the timing of the other lawyer’s request is if he asked you to send him $250,000 as an advance to show your good faith and to help with final preparation costs.

Let’s take a look at the problems:

• Giving you only a few days to make an important decision like this is worrisome. You don’t have time to investigate the town, the plaintiff, the defense, the lawyer who wants you to take over at the last minute, or whether he has done a good job preparing the case for trial.

• He may have a hidden agenda. He may have realized that there is something terribly wrong with the case, and that it’s sure to lose. Not wanting to take the loss himself—and being unable to get one of his local friends involved—he may have turned to you to take the hit for him.

Of course, he may be a perfectly honest person who suddenly realized he was in over his head and is focusing on his health as a reason for needing someone else to step in.

Lots of lawyers need help at the last minute. They never thought the case would go to trial, certain it would settle. Then, when the other side refused to fold its hand and offer a lot of money to make the case go away, they couldn’t even imagine actually trying the case themselves.

This kind of self-delusion is how too many practitioners slip into one of the Seven Deadly Sins of Trial Lawyers: being late and unprepared.

And you’re likely to commit that sin if you take over this trial. Four weeks is nowhere near enough time to find all the problems in the case and the mistakes the previous lawyer has made. And every case has problems and mistakes.

It’s one thing for you to sign on as a consultant who can suggest different tactics and techniques to a less experienced lawyer and be there as an assistant during the trial.

It’s entirely different to take over as captain of the ship, not knowing anything about the waters it’s in, or whether it’s about to founder or suddenly get caught in a gale.

Remember two things: Someone else’s procrastination should not make your emergency. Always leave time for trouble so you won’t be late and unprepared.

IS IT IMPORTANT, OR JUST URGENT?

I love the practice of law—some of the time. But most of the time, I’m totally frazzled.

It starts when I get up in the morning and think about all the things I have to do that day. I hit the office with my game plan in mind only to find piles of phone calls to return, letters to answer and stacks of untouched files mocking me from the edge of my desk, the middle of my table and the tops of my filing cabinets.

Things got so bad last week that I actually forgot about a pretrial conference until five minutes before it was supposed to start—and my office is 15 minutes away from the courthouse. The judge was furious because it’s the third time I’ve been late to his court in the past six months. At least this time my client wasn’t there to see me get chewed out.

What should I do?

Now you know one of the reasons why they say “Lawyers who are late to court don’t win.” It makes the judge unhappy.

Another reason is that people who rush to get to court are typically incapable of doing anything meaningful until they’ve gotten over the emotional stress of the big push, which often can take more than an hour.

The habit of being late to important appointments, or not getting pleadings or motions or briefs in until the last minute—and that’s what it is, a habit—is one of the Seven Deadly Sins of Trial Lawyers (and a lot of other people, too).

Habitual lateness typically is caused not by having too much to do, but by doing too many things—and there’s a difference.

You might profit from listening to some time-management experts explain their techniques. Brian Tracy’s audiotape set titled How to Master Your Time, for instance, is excellent.

Tracy’s point is that everyone has the same 60 seconds in each minute. The key to time management is to determine what your real priorities are so you can decide what to do with your time.

And you also should read Stephen R. Covey’s wonderful book First Things First. Covey says that just because something is urgent—it has to be done right now or not at all—we decide it must be important. We get so addicted to responding to urgency that we often neglect what actually is important.

How does this work in your day-to-day professional life? In trial practice, there always are more things you might do than you possibly have time for—even if all you do is work on a handful of modest cases each year.

Start making lists—individual lists for one-of-a-kind projects, standardized lists for the things you do all the time. Then free yourself from the bureaucrat’s creed that because it is written, it must be done. Keep modifying your lists to meet the changes in your cases and the demands on your time.

Used the right way, lists help you to visualize your tasks and organize your work. And when time gets short, they make it easier to decide what’s really important instead of insisting that you do what seems most urgent.

One last point: When you plan your work, don’t underestimate how much time things will take. There will always be interruptions; there will always be changes. If you leave time for trouble, it won’t even bother you when it happens.