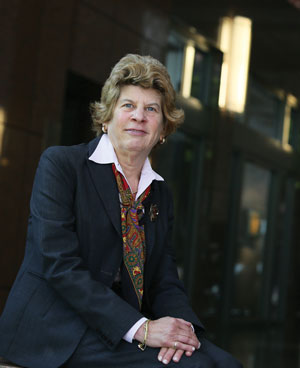 Mediators and other practitioners of alternative dispute resolution are using information gleaned from the research of world-class neuroscientists to calm emotions and help mediations resolve more easily. With the advent of functional magnetic resonance imaging and the growing interest in brain mapping, neuroscientists and those trained by them are teaching thousands of mediators how to ease clients through a conflict-ridden process.

While the layperson may believe we make decisions with our rational mind, most if not all decisions are made in the emotional sections of our brain. Neuroscientist Antonio Damasio showed that someone who has had damage to the amygdala, a brain region that performs a major role in emotional reactions, is incapable of making even the simplest decisions.

And emotions are contagious. “When you have a group of humans together, you have a neuroscience problem,” says Paul Zak, director of the Center for Neuroeconomic Studies, who has popularized the idea of oxytocin as the “trust molecule” via his books and a 2011 TED Talk, which has gained more than 1.3 million views. Zak began speaking to and teaching mediators five years ago.

“Mediation and law are ripe for social neuroscience in particular,” Zak says. “We’ve made great advances in the field in the last 10 years.”

Through role-play, Zak has taught mediators how to boost the oxytocin of their clients. The chemical is released in less than a second after stimulus and produces an effect similar to a cocaine high. “When you increase oxytocin,” he says, “you make [clients] more amenable to you and make it easier to persuade them. We’ve shown that oxytocin will make people tangibly care about complete strangers.”

He has even experimented on mediators. He showed 26 mediators a 100-second video about a child facing terminal cancer. The mediators had an average increase in oxytocin of 4 percent; the older the mediator, the greater the increase. And those who were stressed before viewing the video felt more distressed, as measured by the stress hormone ACTH, meaning that mediators bring their own baggage into the mediation room—and they need to be mindful of that.

The interest among mediators in neuroscience has taken off on the West Coast and is spreading. Pauline Tesler, director of the Integrative Law Institute, has trained some 1,500 to 2,000 lawyers and neutrals around the world, enticing them with programs called “Neuroliteracy 101” and “Law and the Brain.”

“The less we know about the emotional mind, the more we are victim to it and helpless,” Tesler says.

She has incorporated these findings into her practice: “There is a chemical for humor, so I crack jokes to get those endorphins firing.”

Richard Lord, co-chair of the Mediation Committee of the ABA Section of Dispute Resolution, handles medical-malpractice mediations, which are often highly charged. “I tend to have to wrestle with the emotional complexities of the claim,” says Lord of Upchurch Watson White & Max, a mediation firm in Maitland, Florida. “Brain science has given us a framework to understand what’s happening in mediation and why.”

And some mediators have taken the practice further, learning how those who have experienced trauma act and react in mediation, which many perceive as a new trauma. “We know people experience litigation as traumatic,” says San Francisco mediator Elizabeth Bader. “And those individuals who have suffered previous trauma experience higher levels of the flight response, which is largely beyond cognitive control. So there is not a one-size-fits-all approach that works with all clients. We are really in the Stone Age when it comes to telling the difference between different types of people and their needs.”

Bader has developed what she calls “gentle modalities” for bringing people’s stress response down. She uses mirroring, for example, to calm clients by reflecting back a client’s emotional state. Some practitioners even mimic clients’ movements, such as picking up a coffee cup. “Mirroring,” she notes, “creates trust, and you can slowly start to move them out of a highly activated state.”

In one mediation, Bader let a client upset by a settlement offer talk for 40 minutes about something that was completely irrelevant to the mediation. “We had a nice chat. I moved my chair closer to his. And he relaxed—all because I didn’t interrupt him and let him, in colloquial terms, blow off steam.”

It also showed the client that Bader respected him. “Respect seems to be the penicillin of the psychological world,” she says. “It’s not so much what you say, but what you do.”

Neuroscientists have also learned that the brains of individuals experiencing the same event react differently if one party feels their self-esteem is under attack. Bader notes that few clients fess up to trauma or low self-esteem, so mediators have to be especially adept at reading clients’ subtle cues.

Advocates of neuroscience-directed mediation such as Bader and Tesler are hopeful that it can revolutionize the practice of settling cases.

Says Bader: “We are trying to re-establish the human community element in something where people may not feel any connection at all.”

This article originally appeared in the November 2015 issue of the ABA Journal with this headline: “Brain Gain: Mediators find more tools through neuroscience.”