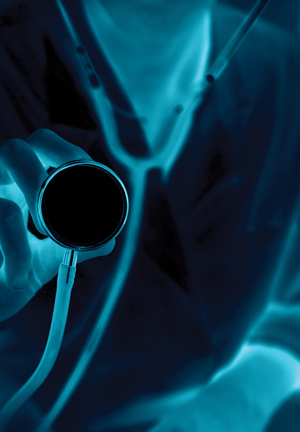 In 2014, George Annas was one of the speakers on a panel at the ABA Annual Meeting. The program had nothing to do with informed consent for medical patients, but that didn’t stop Annas, a professor and director of the Center for Health Law, Ethics & Human Rights at Boston University’s School of Public Health, from broaching the topic. And when he did, he didn’t pull any punches.

He contended that informed consent, a long-standing legal and ethical bedrock of the doctor-patient relationship, was “under attack.”

Annas reached his conclusion from studying informed consent up close during years in the field of bioethics and the law. It was not just the fact that physicians in some specialties were encouraged to perform procedures even if they did not obtain patient consent, he said, but it was the broader concern that even when doctors obtained consent, they were making the process a matter of efficiency rather than ensuring that patient rights were protected.

It’s an issue that continues to concern Annas. He cites the controversial study known as Support (short for Surfactant, Positive Pressure and Oxygenation Randomized Trial). Conducted between 2004 and 2009 with funding from the National Institutes of Health, the study sought to find ways to improve treatment of babies born prematurely. In one part of the study, extremely premature newborns were given different levels of oxygen after being placed in one of two random groups. While informed consent was obtained from the parents of the babies who participated in the study, Annas says, they were not informed of the risks of death or blindness, a conclusion reached in 2013 by the federal Office for Human Research Protections. “It’s a question of what you value,” says Annas, a co-chair of the Health Rights and Bioethics Committee in the ABA Section of Civil Rights and Social Justice.

Annas’ comments at the annual meeting program in 2014 caught the attention of the ABA Special Committee on Bioethics and the Law, which decided to embark on what its webpage calls “an intensive study of the issue of informed consent.”

A WORK IN PROGRESS

The special committee intentionally did not seek out patients or representatives of professional associations for the town hall meetings, but it does intend to reach out to them during its next phase of work, says Valerie Gutmann Koch, its chair. The strength of the town hall conversations was that the professionals who spoke also brought their experiences as patients and health care consumers to the table, says Koch. She is director of law and ethics at the MacLean Center for Clinical Medical Ethics at the University of Chicago and a visiting fellow at DePaul University College of Law.

What the committee ultimately will do with its voluminous accumulated information has not been finally determined, Koch says, but much of it will be published as a full symposium of articles in the spring issue of The Journal of Law, Medicine & Ethics. Meanwhile, the project continues to be a work in progress. Eventually, she says, the committee may produce policy recommendations for consideration by the ABA House of Delegates, a list of practice considerations or a white paper that discusses the issue in detail but does not make formal recommendations.

While that’s the ideal process, today’s managed care environments with tightened budgets and financial incentives to reduce costs have created numerous impediments, the committee found, with informed consent often coming down to just making sure the patient has signed essential forms. “It should be an ongoing process, something other than the piece of paper,” says Nanette Elster, a bioethics professor at Loyola University Chicago’s Stritch School of Medicine and the immediate-past chair of the ABA’s bioethics and law committee. Informed consent was intended as a way to begin a dialogue between patients and doctors, she says, but the process lost the informed part along the way. “We need to rethink how the law works and what its purposes are,” says Elster, who also is vice president of the Lincolnshire, Illinois, law firm of Spence & Elster.

Medical institutions seeking to protect themselves and their providers from liability have brought more lawyers into the process, especially in recent years. At least one town hall participant, Elster recounted, said that once lawyers got involved something dramatic shifted, and “that informed consent went from a process to really a verb.”

Indeed, many in the medical community say that “Did you consent the patient?” has become a common question before a procedure or treatment is to take place.

Such developments have meant the informed consent process can take on the characteristics of a contractual relationship, with participants negotiating at arm’s length and often in adversarial tones, Elster says. “Again, it’s the reduction to the signed piece of paper: a contract.”

Many experts believe medical providers should do away with forms altogether and encourage doctors and patients to talk to each other. Dr. Theodore Christou, a staff physician at Mercy Hospital & Medical Center in Chicago, agrees that informed consent sometimes becomes “another item on a checklist. The conversation is being avoided. If you obtain informed consent without talking to the patient, what use is it?”

The Special Committee on Bioethics and the Law held its most recent town hall in August during the annual meeting in San Francisco, where speakers added the question of how to deal with informed consent when a patient’s capacity is compromised. The topic came up frequently during earlier town halls, Elster says, as participants discussed the varying levels of brain disorders from birth through childhood and adulthood, the country’s aging population and how best to convey information to individuals with diminished or no capacity. Most states have default surrogate consent statutes that go into effect when a doctor decides the patient cannot provide his or her own consent, Elster says, but “there’s often confusion between capacity and competence,” with the latter frequently more problematic to assess.

And when surrogate measures are employed, those decision-makers still may not know what the patients’ goals and decisions are. Annas would like to see everyone name a health care agent in advance. Then, when patients are found to be incapacitated and need their surrogates to make treatment decisions, he says, “they will be the decisions you’ve selected.”

One proposal to change the overall process of informed consent, considered among the most radical, is to eliminate liability altogether, according to the committee. Currently, plaintiffs generally attach a claim of failure to obtain informed consent, a tort, to other causes of action in medical-malpractice actions, legal experts say. Doctors and hospitals are held liable, and patients can collect damages, even when they have given consent but claim that a doctor failed to disclose certain or all risks, benefits and alternatives to a treatment or procedure and injuries resulted.

But with no liability, the process could become merely informational, preventive and nonpunitive, perhaps with dedicated informed-consent navigators to take all the information presented and try to collate it so the patient understands it. “We need to find a way to educate patients better, not just in informed consent per se,” says Elster. “They need to recognize what they don’t know, how to get answers to their questions, what to expect from their researchers, from their care providers. One size doesn’t fit all.”

This article originally appeared in the February 2017 issue of the ABA Journal with this headline: "Not so good to go: An ABA project reflects wider concerns about the effectiveness of medical informed consent."

Next:
Activists team up with ABA to provide law school scholarships for women in Congo